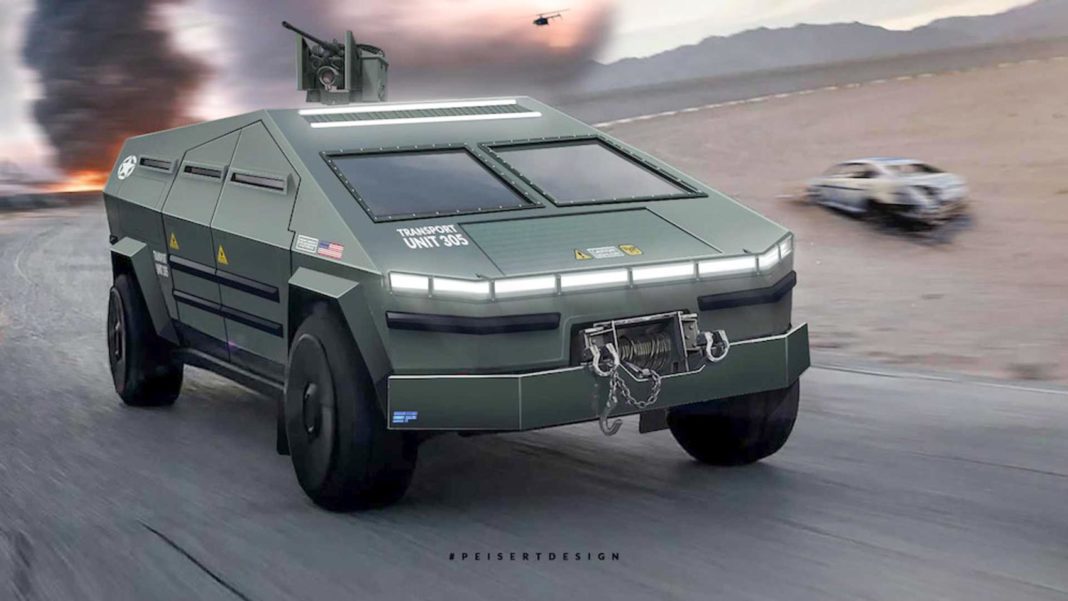 Ironically, the Tesla Cybertruck’s armoured glass had a failed demo at the EV’s unveiling in November last year, which left the truck with two broken windows

Tesla founder Elon Musk famously said, “You want a truck that’s really tough, not fake tough.” Considering its size, capabilities and ruggedness, the Cybertruck seems like it would do well as an army vehicle. Designer Jan Peisert, with the help of Electric Future created a host of military Cybertruck renderings based on this vision, and the end-products have left us in awe. The Cybertruck envisioned here look like they’re ready for any form of tactical combat.

Pesiert Design and Electric Future have together created four variants of the Cybertruck for the public and military, namely Civil “Plaid Apocalypse”, Transport “Next Humvee”, Combat “Tank” and Reconnaissance “Quiet Scout”.

The electric pickup truck gets a heavy-duty exterior shell that has been derived from ultra-hard 30X cold-rolled stainless steel, and the alloy metal used here is the same material that is being used in Starship – the rocket that is being developed by SpaceX to travel to Mars. 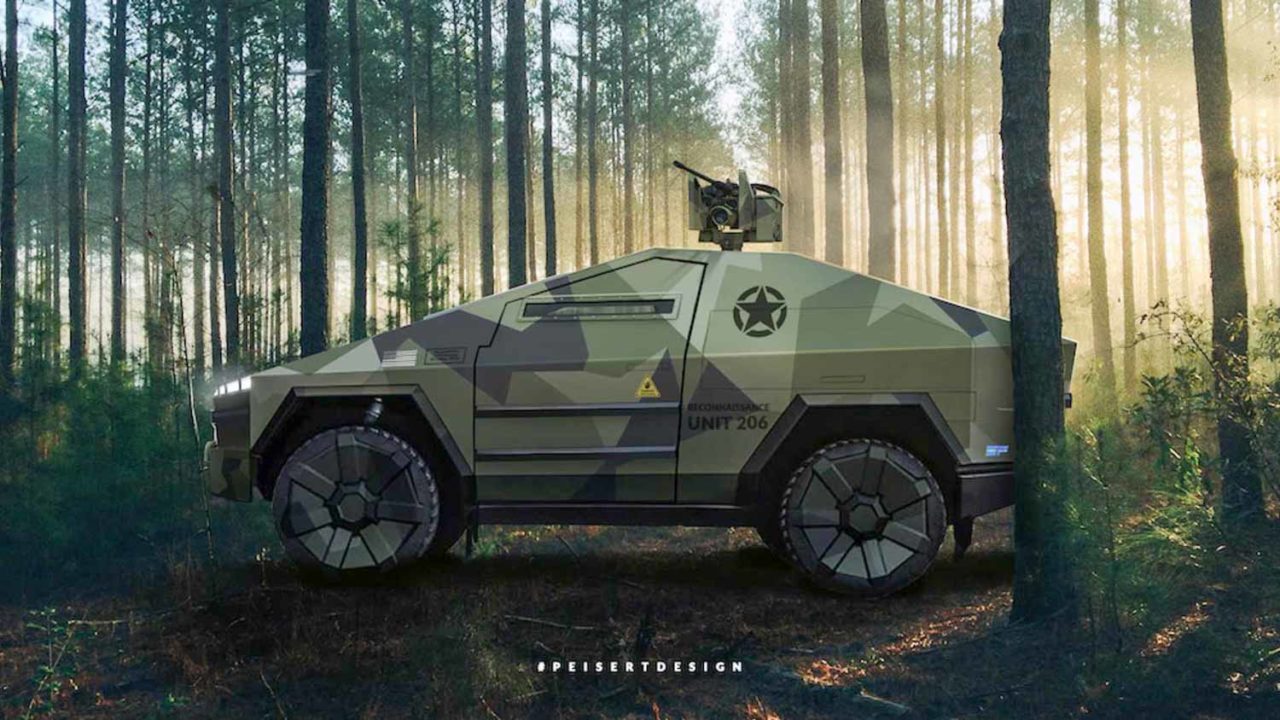 Additionally, the Cybertruck gets an adaptive air suspension and Tesla’s Autopilot semi-self driving technology as well. Tesla claims that the top of the line tri-motor Cybertruck would sprint from 0 to 100 km/h in just 2.9 seconds, and would come with a towing capacity rating of about 6,350 kg.