Land Rover revealed what claimed to be the “world’s first luxury convertible SUV” by taking the roof off its modern and sporty Range Rover Evoque crossover at the 2015 Los Angeles Auto Show. The British luxury automaker first unveiled an Evoque Convertible concept at the Geneva Motor Show in 2012 and its production version went on sale internationally in mid-2016 under two trims: SE Dynamic and HSE Dynamic.

With little bodywork changes from the Range Rover Evoque SUV, minus the roof obviously, the Evoque Convertible has the same footprint as its crossover counterpart. Over 40,000 Evoques are sold every year just in Britain – the biggest market for cabrios in the whole of Europe – among which about 10% are of soft-top models prompting an idea for Land Rover to go with a completely new category. 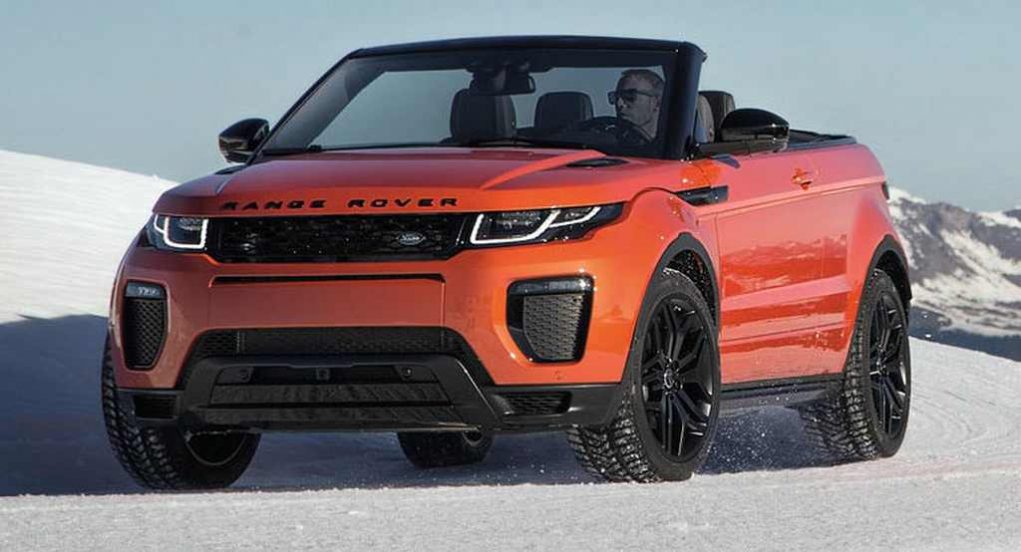 The five-layer, lightweight, fabric top can be raised or lowered whilst driving as fast as around 50 kmph. The top goes down in 18 seconds and comes back up in 21 seconds. That’s an impressive bit of Z-folding because it is the longest and widest fabric roof fitted to any production vehicle when it was first launched. The durability of the material used is ensured by subjecting it to extreme testing conditions – 6,750 test cycles of operation in temperatures ranging between -30 and 90 degree Celsius.

In the event of the convertible toppling during a crash, the occupants will be protected by rollover bars that will provide “survival space” for them according to Range Rover. The company says that the Range Rover Evoque Convertible can tackle challenging terrains as good as its hard-top sibling. It is longer than the standard Evoque at 4,370 mm while the wheelbase remains at 2,660 mm with 1,900 mm width and 1,609 mm height. 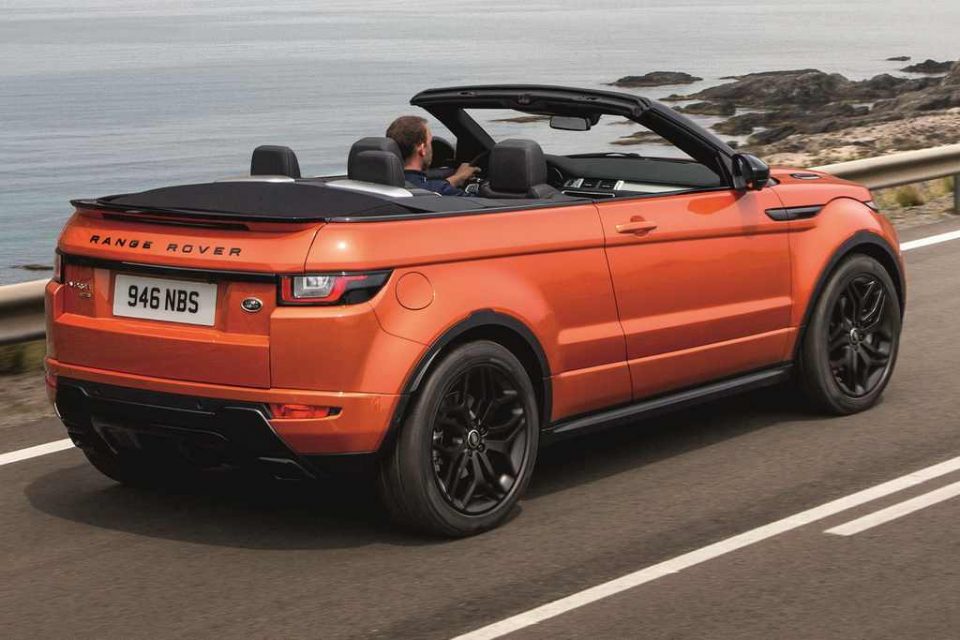 As similar to the hard-top SUV, the Evoque Convertible is powered by a 240 hp turbocharged, four-cylinder engine mated to a nine-speed automatic transmission with full-time all-wheel drive system. The removal of the top leaves about a storage space in excess of 250 litres at the back whilst the chassis has been stiffened to make up for the lost roof.

The Evoque Coupe comes with 549 litres of room in comparison. The luxury SUV convertible is available in global markets with ski hatch option that allows for easy through loading and has a standard Land Rover InControl Touch Pro infotainment system with 10.2-inch touch-screen. Other important features are adaptive LED headlamps and a whole bunch of driver assistance and safety equipment. 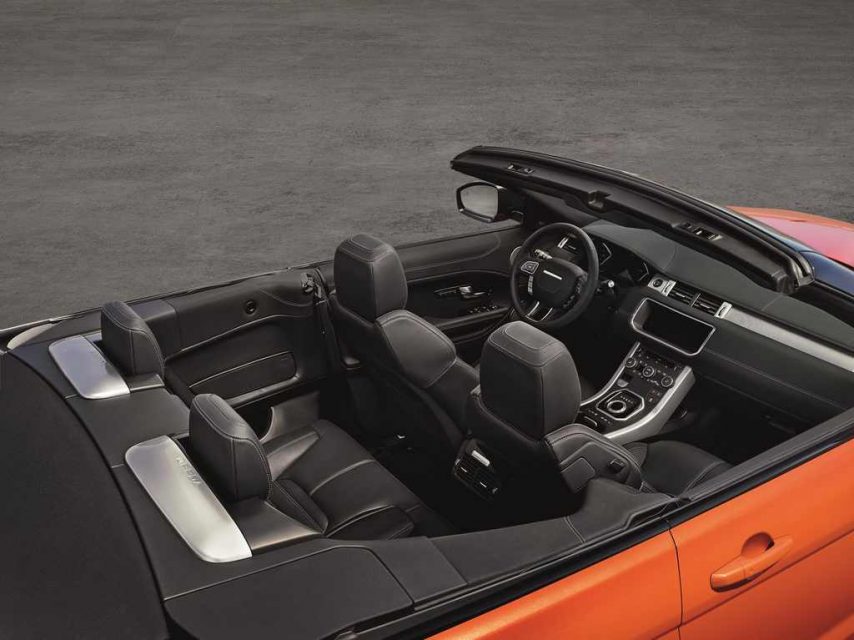 Convertible SUVs became a thing of the past in recent decades but Land Rover did inject a fresh breath of life into the segment with the drop-top Evoque. For India, it gets powered by the same 2.0-litre Ingenium petrol motor debuted in the recently launched Velar instead. 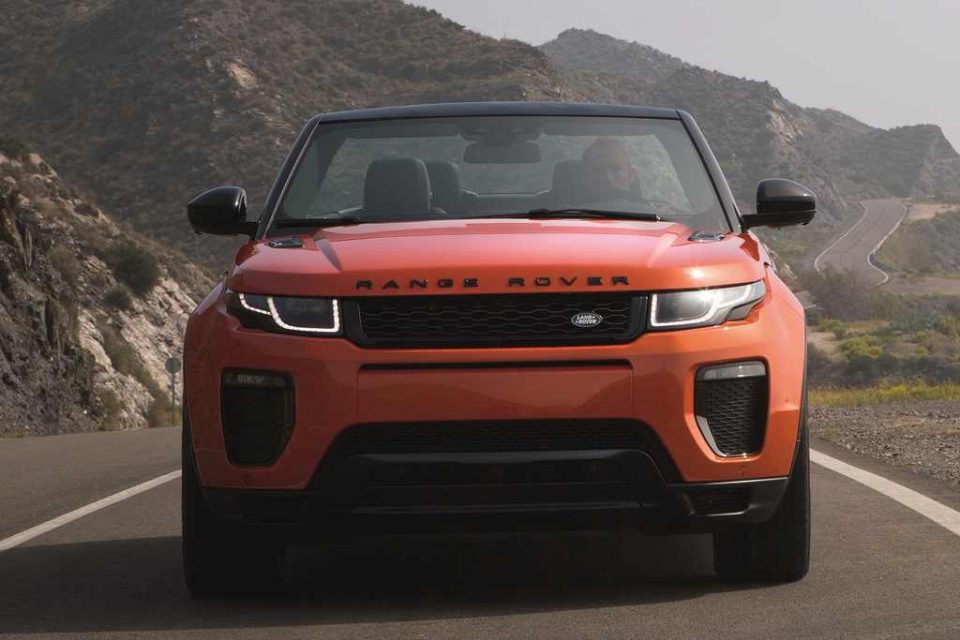 It produces a maximum of 240 horsepower and 340 Nm torque and is connected to a nine-speed automatic delivering power to all the four wheels. It can accelerate from 0 to 100 kmph in 8.1 seconds and do a maximum speed of 217 kmph. The Range Rover Evoque Convertible is priced at Rs. 69.53 lakh (ex-showroom, pan India) and offered in a single fully-loaded HSE Dynamic trim.