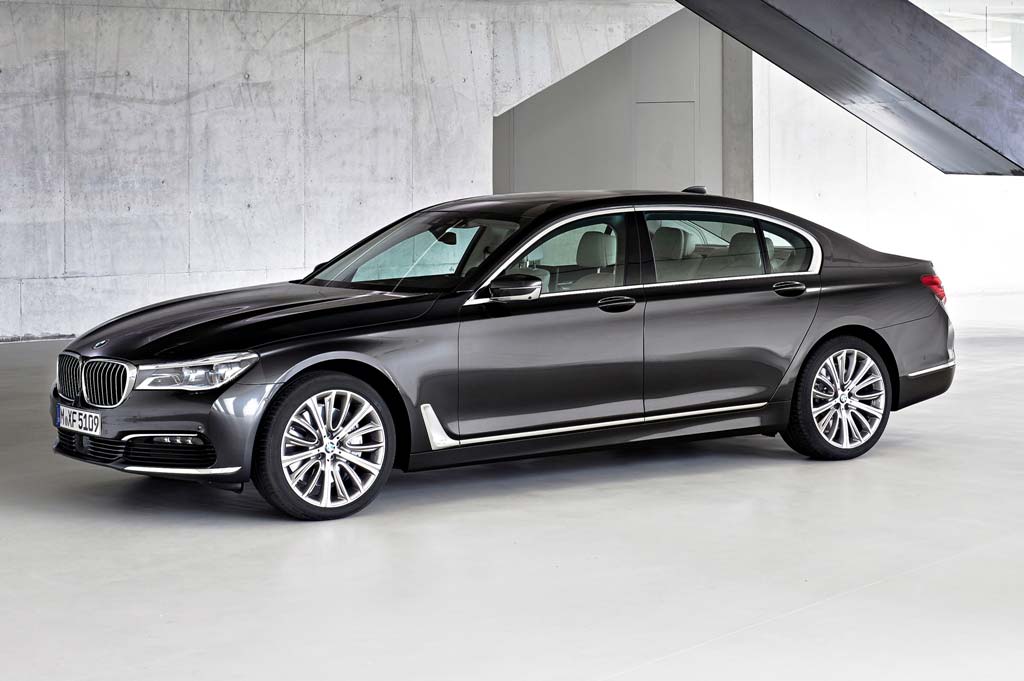 BMW Group unveiled its most luxury flagship, the new BMW 7 Series at Munich

We had earlier reported the official release of the New BMW 7 series sharing subtle information on the specifics about the luxury sedan. However, we now have complete fine points on the design, technology and the powertrains used for the new BMW 7-Series.

With a high-level competition amongst the Big-3, the Audi A8, Mercedes-Benz S-Class and the new BMW 7-Series, there is always something new which these brands bring out to retain their position, the new 7-Series is certainly no surprise. Perhaps, we feel it could be a challenge to the rest. The new 7-Series reflects Luxury-on-Wheels, a charismatic evolution of BMW’s 7-series generation.

The sixth-generation flagship sedan from the German carmaker showcases revolutionary technologies in the areas of lightweight design, powertrains, chassis, operating systems, intelligent connectivity and interior ambience. The sedan not only focuses on fine luxury, it also emphasizes on enhancing dynamics, efficiency, comfort and safety through a series of features available on-board and out-board.

The vehicle looses weight up to 130 kgs less than its predecessor using an extensive amount of CFRP (Carbon Fiber Reinforced Plastic) in the body structure, BMW Group’s new generation of power units and a plug-in hybrid system in the new BMW 740e, the Executive Drive Pro active chassis system, the Driving Experience Control switch with ADAPTIVE mode and BMW Laserlight. 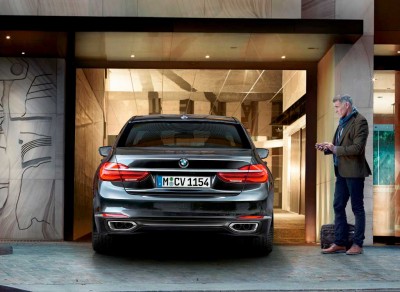 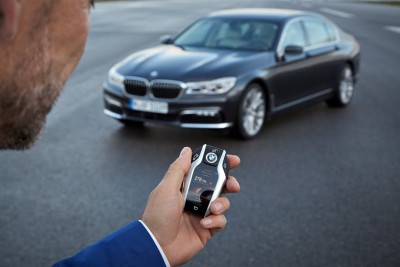 At BMW we believe the future can be predicted most effectively if we’re helping to shape it,” explains Adrian van Hooydonk, Senior Vice President BMW Group Design. “The primary objective in the development of the new car was to create a vision of modern luxury and to exceed our customers’ expectations. In BMW’s eyes, modern luxury is rooted in the most advanced technologies and extremely fine attention to detail. This generation of the BMW 7 Series is the most luxurious, most comfortable and – all round – the best car we have ever built in this class.” 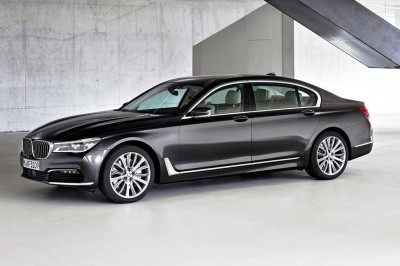 The new BMW 7 Series will be offered with latest generation V8 engine and six-cylinder in-line variants. The new B58 modular six-cylinder engine for the 740i trims as base model packing 320HP. An additional 750i variant boasting a 4.4liter V8 engine pumping 445HP will also be available.

The sedan adds a unique feature in its class, the BMW Laserlight, sourced from the BMW i8 along with Remote Control Parking that uses the Display Key from which you can have the car park by itself in extremely tight places where the driver can’t get off the car and without anyone at the wheel.