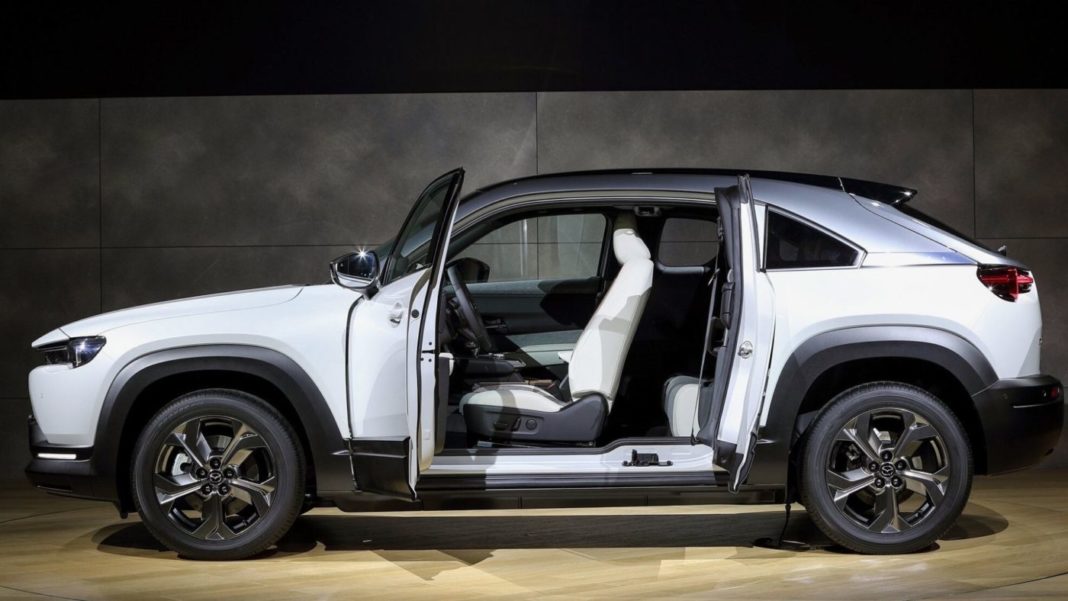 The Japanese carmaker has wasted no time in following in the footsteps of other manufacturers by revealing its first fully-electric vehicle at one of the biggest automotive shows in the world, the 2019 Tokyo Motor Show.

The MX-30 was earlier revealed guised as the CX-30. The similar nameplate also suggests that the EV shares its platform with the latter, and will likely have similar dimensions. However, Mazda has been known for using the MX prefix before its sporty cars, hence expect the upcoming EV to be fun to drive as well. 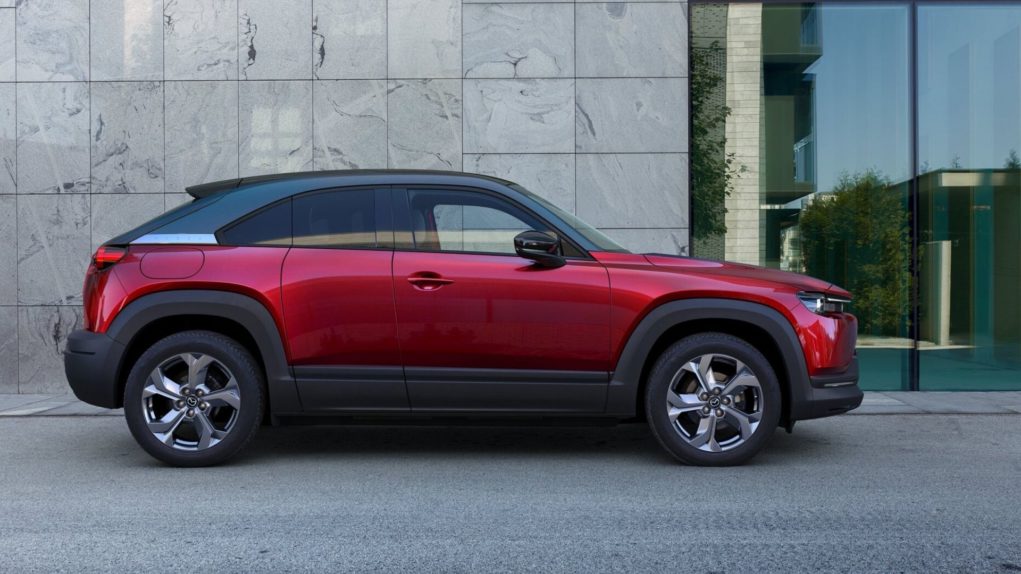 The car gets a fastback roofline, with the front fascia reminding us of other Mazda crossover SUVs, along with Mazda’s signature pentagonal front grille. Like all other crossover SUVs, the car gets plastic fender flares as well. The most fascinating exterior quirk, however, are the MX-30’s tiny rear suicide doors and absence of a B-pillar, which make ingress and egress easier for the rear passengers.

Inside the cabin, the MX-30 sports a 7-inch touchscreen unit below the dash, which is NOT the infotainment system, but houses the controls for the HVAC controls. The infotainment system is a separate unit on top of the dash, that looks a little too tiny. A floating center console with storage space underneath is also seen, and the electronic gear shifter and control knob for the infotainment screen are integrated into the same. 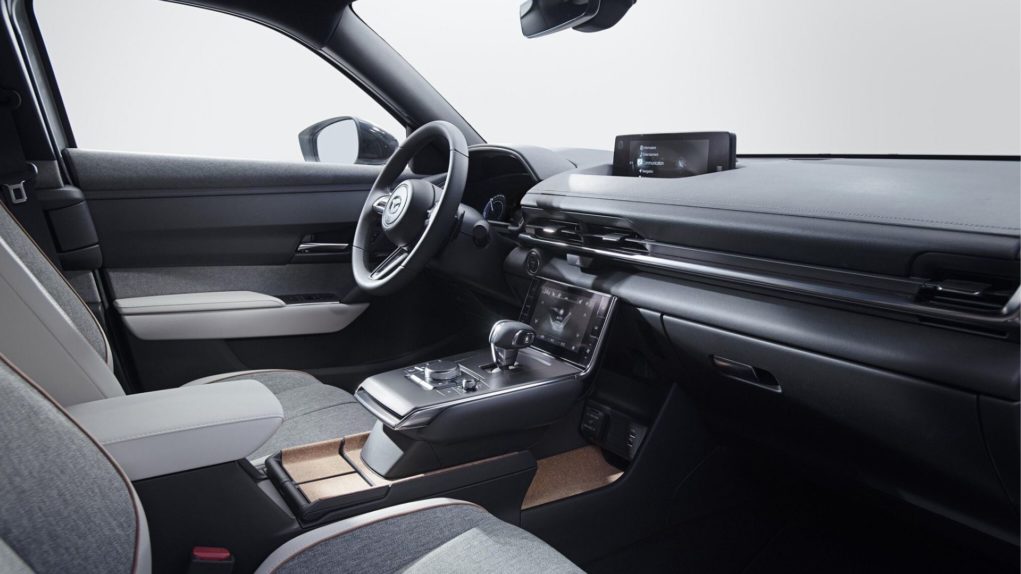 Interestingly, Mazda has also fitted a fake engine sound on the MX-30. According to the company’s official statement, “The e-Skyactiv provides aural feedback to the driver that enables him or her to subconsciously recognize the torque status of the power unit and thus control vehicle speed with greater precision.

For example, when people hear the sound of a river flowing, they can imagine the amount of water and speed at which it is flowing based solely on the sound frequency and sound pressure. Mazda takes advantage of this human characteristic by actively controlling the sound through the audio system in a way that sounds natural and pleasing to the driver’s ears.” 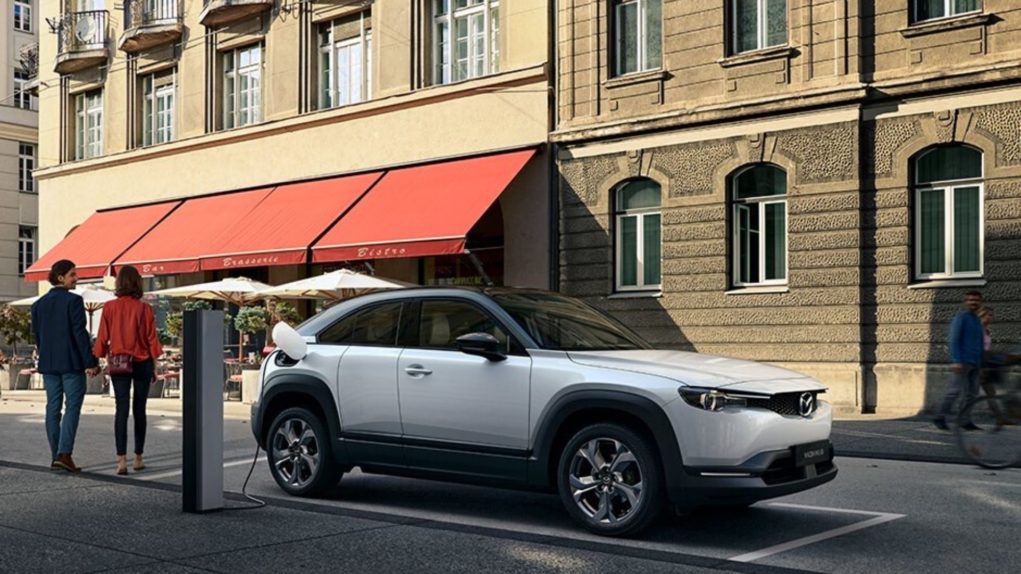 The MX-30 is equipped with a 35.5 kWh lithium-ion battery, with a claimed range of about 200 km or 124 miles. A charge of 80% can be achieved in just 40 minutes via a DC fast charger. Unfortunately, there is no official comment on the power figures of the car as of yet. Mazda’s first EV is set to go on sale in the UK in early 2021, and other international markets will follow later on.