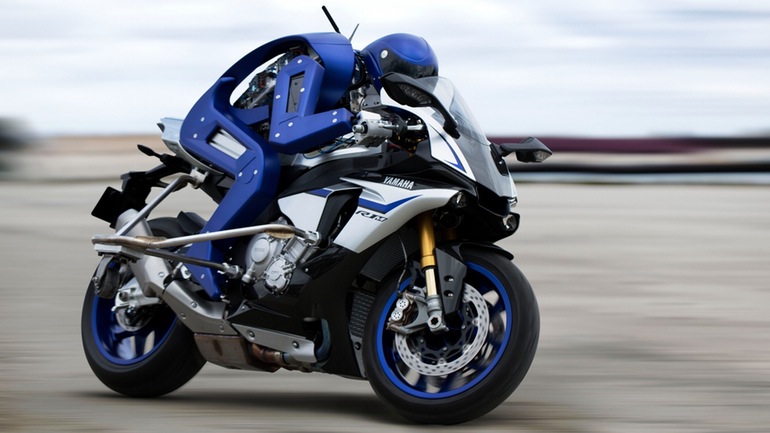 Yamaha Motobot, a motorcycle riding humanoid robot, that revved to the limelight at the 2015 Tokyo Motor Show could challenge human riders in equal machinery on race tracks

When Yamaha lifted the cloak off its robot-riding sports bike there was no surprise that the technology is still in the works. The motorcycle on question was the 1000cc R1M piloted by a humanoid robot that was built in fusion with the highly advanced robotics technology.

Currently endeavoured to ride around a racetrack at more than 200kph, research and development are set out at full-throttle for the humanoid robot to autonomously control the complex motions of a motorcycle at high speeds with precision and accuracy. 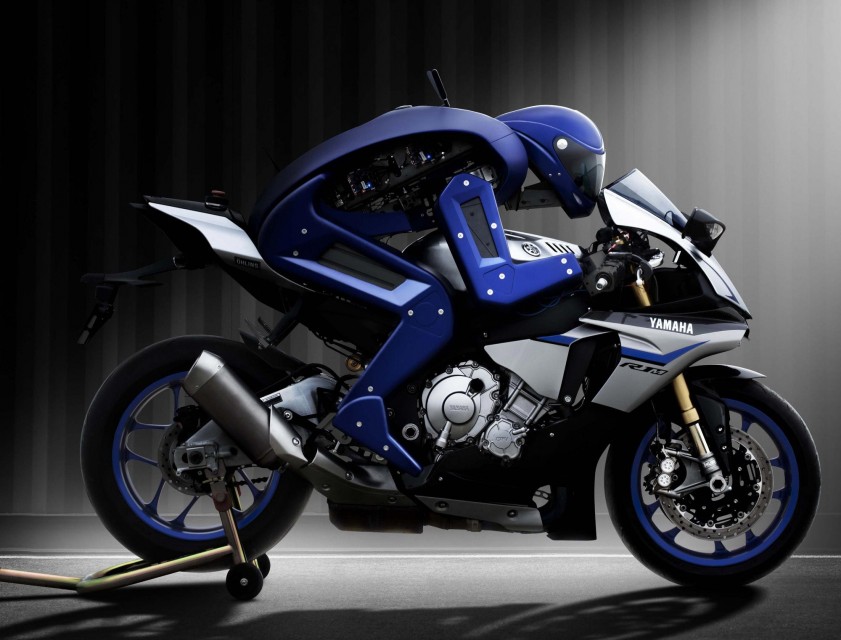 Focusing on the bigger picture, Yamaha also stated that the fundamental technology garnered in nurturing this concept will be of immense help in creating advanced rider safety and support systems for the motorcyclists in the event of accidents.

Dubbed as the Yamaha Motobot Ver. 1, the promotional video blatantly showed the Japanese manufacturer’s aims to surpass its ace MotoGP rider and nine-time world champion Valentino Rossi on a racetrack with the humanoid robot.

It has rigid legs and arms jointed at the shoulders and projected a rather creepy Terminator alien-robot appearance when it said, “I am not human, but there has to be something only I am capable of. 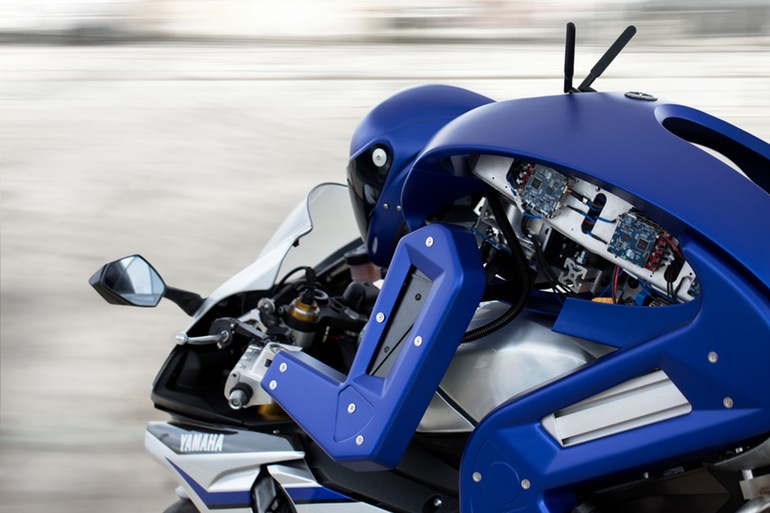 The Motobot operated the throttle, clutch and gearbox whilst steering the sports bike on a test field with engineers closely monitoring its every moment.

“The way you ride is both beautiful and exciting,” said the Motobot about the legendary Yamaha rider Rossi who currently leads the championship over team-mate Jorge Lorenzo with one more race to go.

Furthermore, it explained: “I am improving my skills every day but I am not sure I could even beat the five-year-old you. Perhaps if I learn everything about you, I will be able to catch up.”