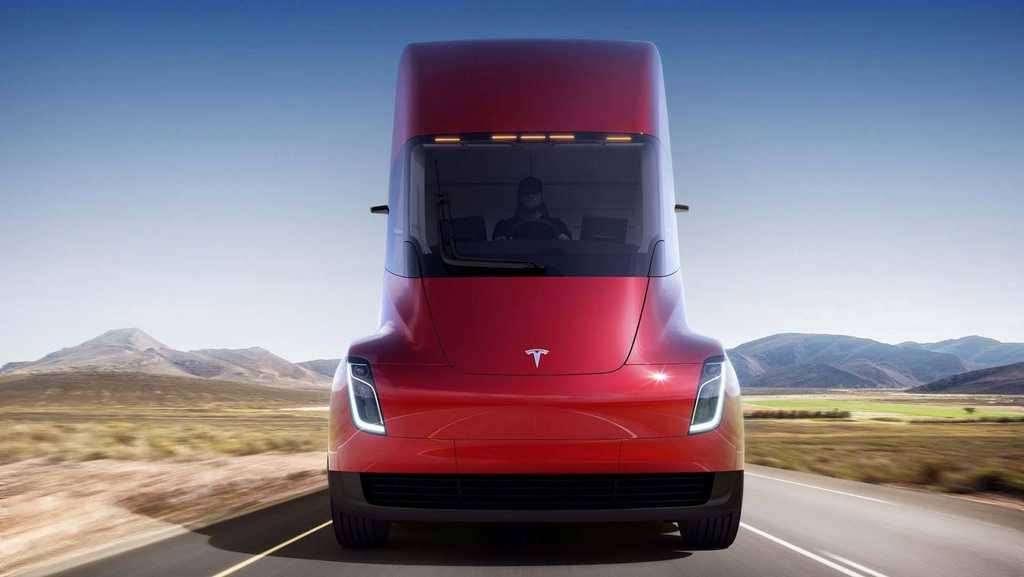 Tesla Semi Truck comes with Enhanced Autopilot and has 500 mile (804 km) EV range; can do 0-96 kmph in just five seconds without the trailer

Tesla CEO Elon Musk confirmed earlier that the American EV manufacturer was going to unveil its first semi-truck and the launch date for it came up in October. At Vancouver in Canada, he revealed the first teaser image of the utility that vows to “out torque any diesel semi” and it surmounted the anticipation. He also affirmed previously that the much anticipated full-fledged pickup truck will arrive sometime between 18 and 24 months only as the semi carries plenty of potential for market growth.

The launch and test drive were tentatively scheduled on October 26 at the SpaceX facility in Hawthorne, California but due to the production clogs of Model 3 and the brand having to endure its resultant biggest ever quarterly loss of $619 million, it had been postponed to November 17. However, the months of waiting has paid off as Musk shocked the crowd gathered at the event by accompanying the semi with revival of a brand new Roadster. 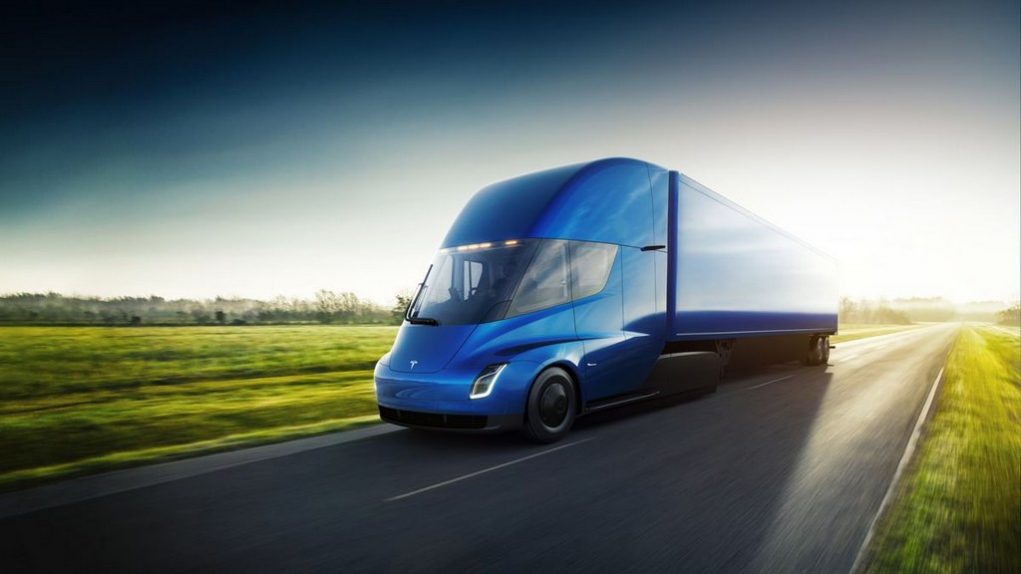 While some expected it to be an aggressive looking Ford Ranger rival, others thought it would borrowing design cue from other Tesla models. But, the semi-truck has been an unique project instead and features flowing LED headlamps and aerodynamic body.

It is grafted with flared front fascia and embedded Daytime Running Lights. It also has a large wind deflector that can be removed for reduced air resistance. As Tesla boss Elon Musk says, the new semi-truck is “seriously next level” and the design team has done an “amazing job”. He claimed that it will significantly reduce the cost of cargo transport alongside zero carbon emission. The semi comes with advanced safety features and good handling capability as well. 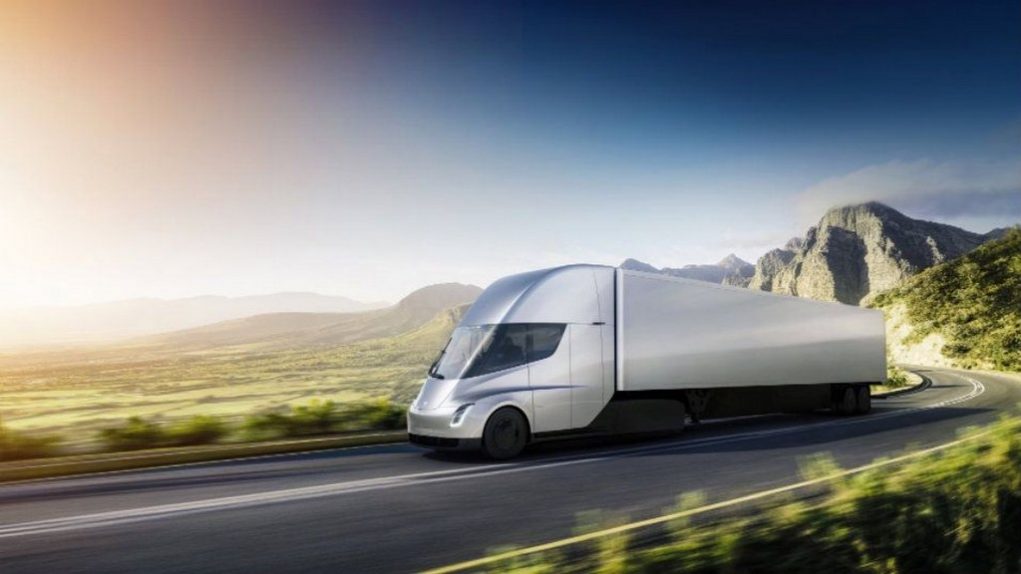 Tesla focusses on the 30 per cent of all trucking jobs involving regional trips between 100 and 200 miles with the semi. Musk calls the new vehicle as a beast and it has orange LED marker lights that are made mandatory for large trucks under US DMV regulations. On to the all important electric range: Tesla says the official range under highway conditions when hauling its full 80,000 lbs load (36,287 kg) is 500 miles (804 km).

During the fully loaded capacity, it can go from 0 to 96 kmph in just 20 seconds – much quicker than any conventional diesel-powered semi available in the US market. When the trailer is removed, the 0-96 kmph acceleration time is an astonishing five seconds – faster than several dedicated sports cars. All the magical juice comes from the four independent electric motors driving all the four wheels at the rear. 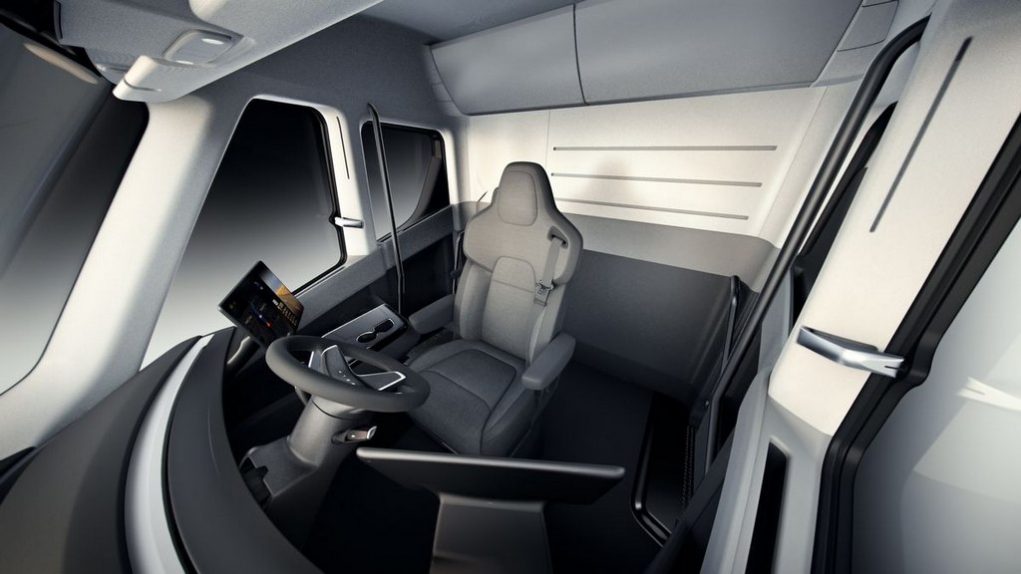 An important trait of the Tesla Semi is that it won’t jackknife at any situation, according to Musk. It will use the independent rear wheels to dynamically adjust torque to avoid the phenomenon. As in other Tesla badged models, the Semi comes equipped with ‘Enhanced Autopilot’ as standard fitment alongside autonomous braking and automatic lane keeping assist system.

The promising Semi is the American EV brand’s first attempt at a commercial vehicle but it is touted to be highly reliable as well. The customers are guaranteed that the Semi will not break down in its first million miles. Another significant addition is the availability of the new Megachargers. It helps adding up a range of 400 miles in just half an hour. 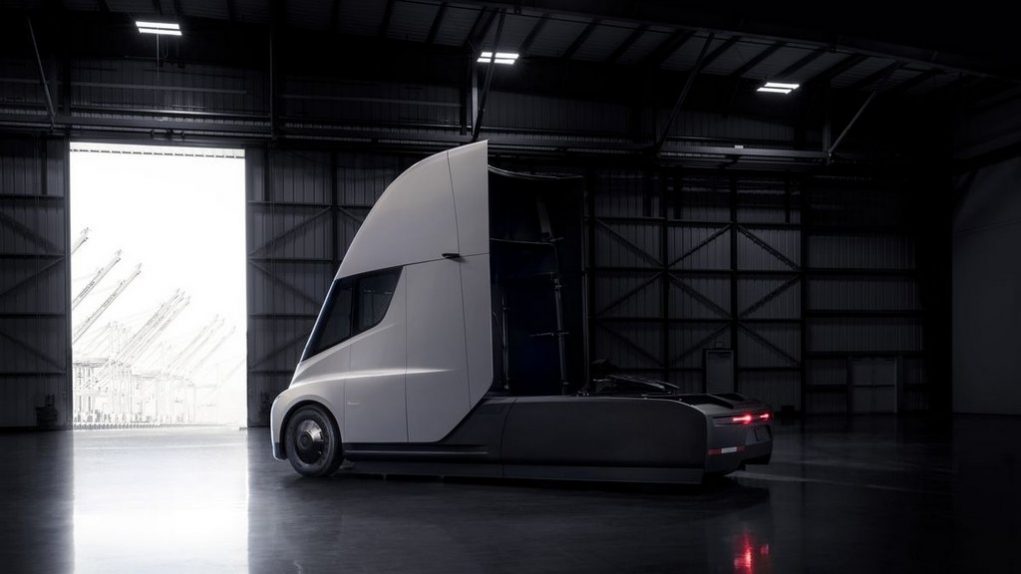 The Tesla semi-truck is not the first electric truck as BMW already uses a zero-emission truck built by Dutch automaker Terberg for delivering parts to the Bavarian giant’s Munich plant in Germany. But it is certainly the quickest and first commercialised one. Nikola Motor too claimed about developing an electric powered semi-truck, but that was later equipped with hydrogen powertrain. 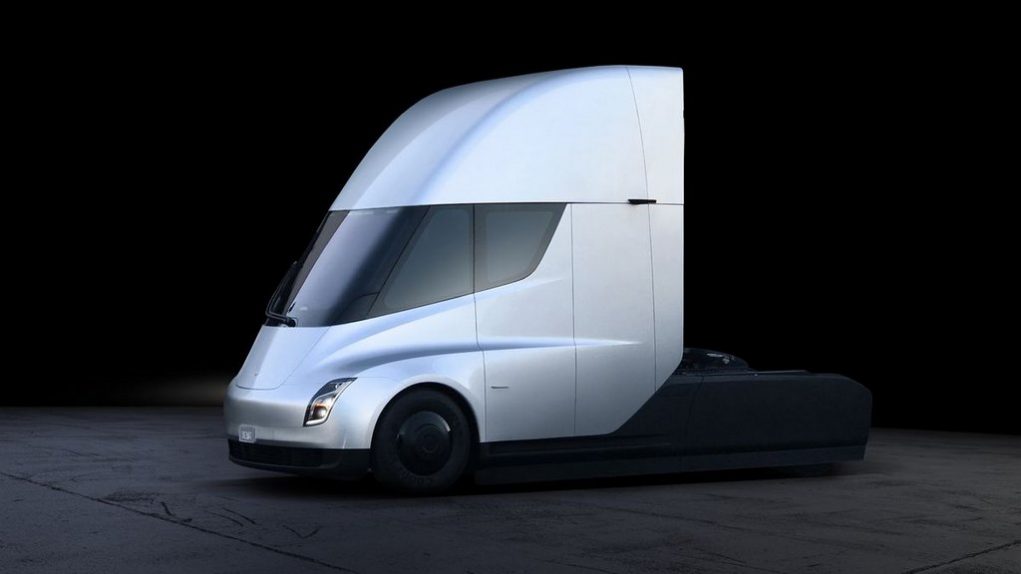 PepsiCo has pre-ordered 100 units of the Semi and is the largest public reservation known for the big. Tesla is looking to convince the trucking fraternity with an affordable electric Semi featuring reliable range and cargo capacity. There are several other companies ordered the truck as well like JB Hunt Transport Services and Sysco Corp.

The EV maker is currently working on expanding the reach of the Model 3 which is likely going to be the first Tesla model to be launched in India when it decides to enter the space in the near future. The Model 3’s pending deliveries and increasing bookings are the major hurdles Musk needs to tackle currently.