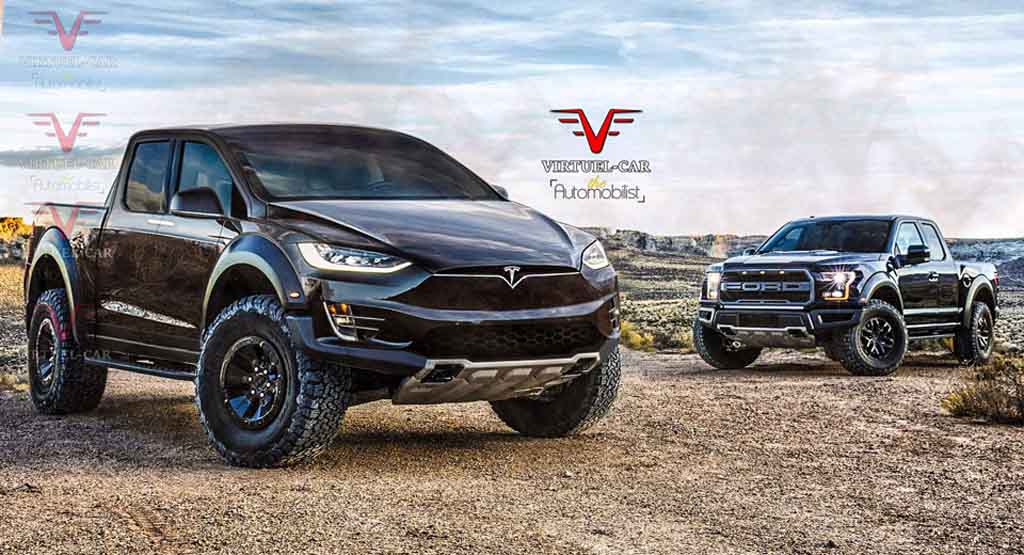 Tesla is surely making headlines these days. The American EV maker is producing some unique products and dreaming to electrify the people’s mobility mediums. While it has been making only electric sedans till now, the company boss Elon Musk has cleared his ambition of making a Tesla pickup. Carscoops has imagined how the Tesla pickup will look like in reality.

According to Tesla boss, the new vehicle will be a ‘new kind of pickup’. Well, he didn’t explain it though. But it is a sure fact that it will be the first electric pickup of the world. Though the company or Musk hasn’t revealed anything about the design of the car, but the rendering shows, it could come in an aggressive guise. The rendering projects the Tesla pickup on par with the Ford F150 Raptor. The latter one being heavily muscular and aggressive looking, the electric pickup also dons a beefy exterior. Compare to its sedan siblings like the Model S, Model X the pickup wears a similar front fascia. Though the fascia of the pickup gets a large air intake, wider nose section, wide headlamps with LED daytime running lights. An aluminium skid plate at the bottom of the front fascia emphasizes on the off-roading character of the vehicle. The hood gets sharp creases running toward the nose section. At the side profile, it seems the rendering has been done with heavy inspiration from the Ford F-150 Raptor.

The side profile gets thick off-road worthy tyres wrapped on aggressive black alloy wheels. The car looks like capable to carry heavy loads and towing as well. Expect a powerful electric motor to generate power for the pickup.