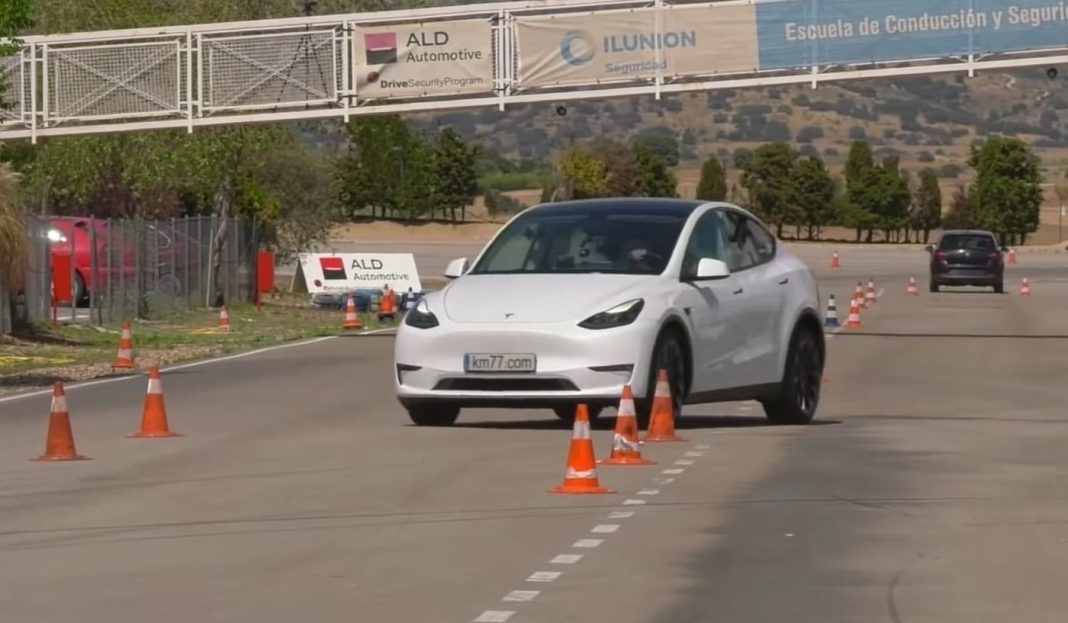 Tesla Model Y has impressive handling and manoeuvrability, and it manages to stay composed even when changing directions at high speeds

Moose test is one of the best ways to gauge a vehicle’s handling. The premise is simple – a car enters the track, changes lanes, and then merges back in the previous lane. We’ve seen plenty of vehicles take the test, some acing it and others failing miserably. Km77.com recently put Tesla Model Y to the task, and here, we can see the result.

Tesla vehicles have always offered brilliant performance and handling. Previously, the Model 3 and Model X were also subjected to the moose test, which they both aced. Tesla Model Y is no different, thanks to its brilliant performance in the lane-change manoeuvre test at different speeds. At an entry speed of 73 kmph, the vehicle remains extremely composed.

Raising the entry speed to 77 kmph wasn’t a problem either, as the Model Y maintains traction at all times. Even at 82 kmph and 83 kmph entry speeds, the vehicle’s brilliant handling characteristics ensure that the drivers can steer into the correct lanes. However, at 84 kmph, things become a little more complicated.

At high speeds, the regenerative braking system of the Model Y adapts and brakes hard as soon as the driver’s foot leaves the accelerator pedal. While at 83 kmph that isn’t a bother, at 84 kmph, the Model Y manages to hit a few cones. Next, the vehicle is subjected to the slalom test, in which it zigzags through cones placed in a single file with a 22-metre gap between two consecutive ones.

The Model Y easily negotiates the cones, and despite the relatively high ground clearance of the crossover, its handling remains composed throughout. The body roll is well controlled, and the ESC intervention only happens at high speeds. In the video, it is even stated that the performance of Tesla Model Y in the moose test was one of the best. 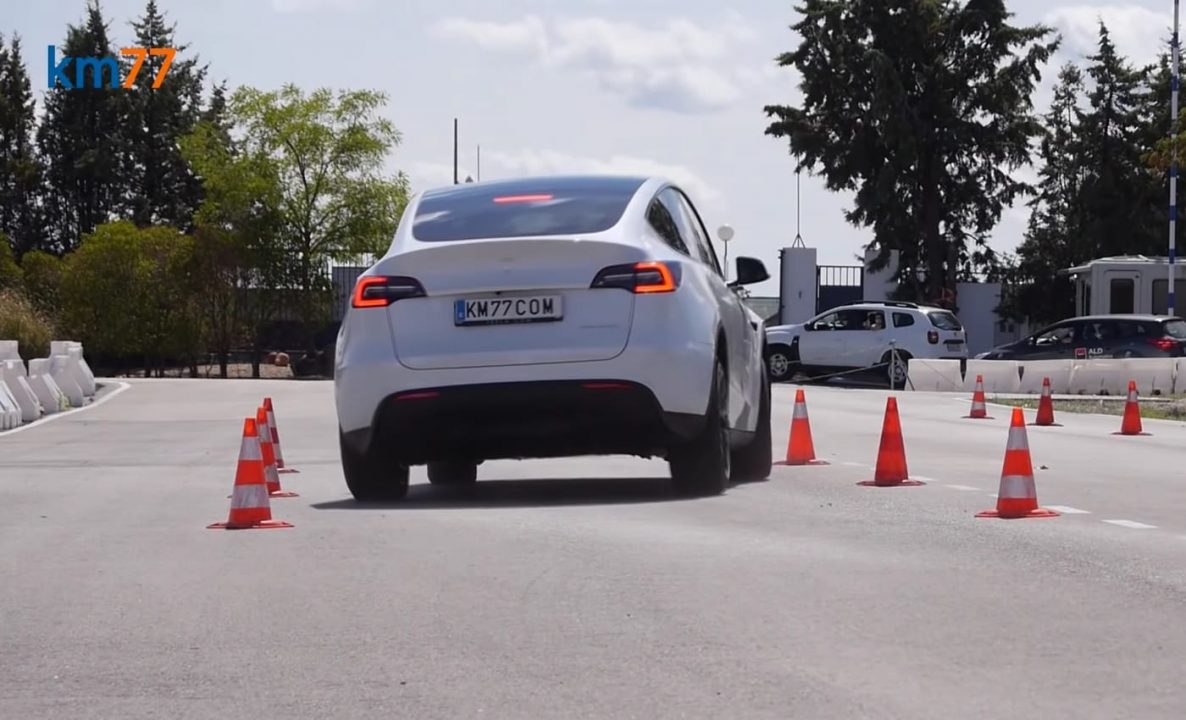 Tesla is planning to set up shop in India soon, and as per speculations, Model 3 and Model Y will be its first offerings here. The manufacturer was planning to initially bring in its vehicles as CBU imports, and is in talks with the government of India for tax breaks. However, the govt is asking the California-based EV maker to begin local operations in India instead.