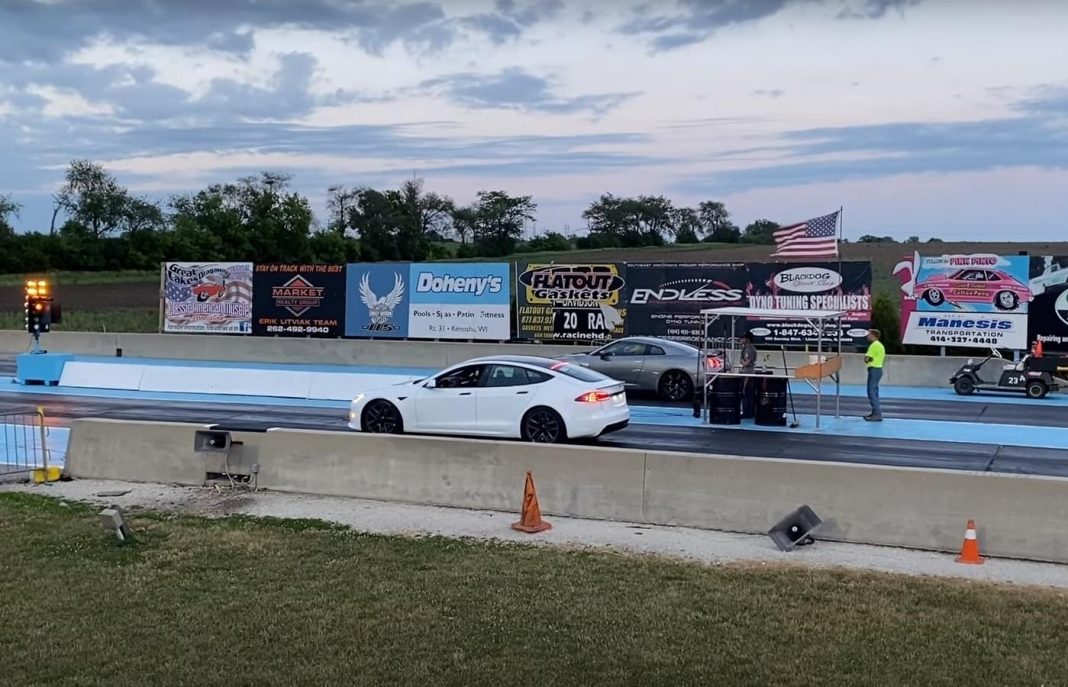 Tesla Model S is ridiculously fast, but can it beat a customised Nissan GT-R in a quarter-mile drag race? The answer might surprise you!

Tesla Model S Plaid was globally unveiled a little while back, as the fastest vehicle from the American EV manufacturer to date. In fact, Tesla CEO Elon Musk claimed, during the reveal event, that the Model S Plaid is the quickest production car ever built. Priced at $130,000, the ‘Plaid’ is the most expensive variant of the brand’s flagship sedan.

Musk’s claims seem to be true though, as plenty of performance videos have emerged on the internet showcasing the vehicle’s performance. Here, we have a video, posted by ICSI, which shows a quarter-mile drag race between a Tesla Model S Plaid and a Nissan GT-R. The result? Well, the EV decimated its competition, and by a significant margin.

The EV took 2.48 seconds to reach 60 mph from a standstill, with two people on board and on 66 per cent battery charge. With a full battery and just the driver, the acceleration times would’ve been even better! Tesla Model S Plaid is rated at a peak power of 1020 HP, and can reach a top speed of 200 mph (322 kmph).

As per the manufacturer’s claims, the vehicle is capable of a 0-60 mph run in just 1.99 seconds, and a quarter-mile drag in just 9.23 seconds. In the video above, the vehicle wasn’t able to achieve these atrocious figures though. Apart from that, the ‘Plaid’ can deliver a claimed driving range of 390 miles (627 km). 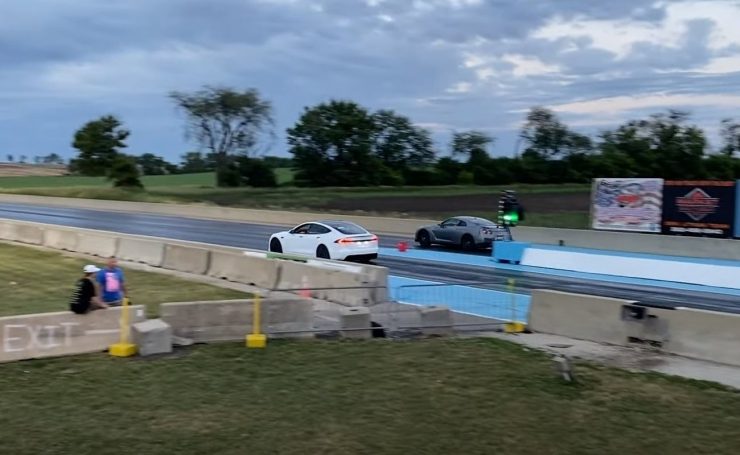 As for Nissan GT-R, it is powered by a 3.8-litre V6, capable of generating 565 HP, paired with a 6-speed dual-clutch automatic transmission and an AWD system. The GT-R Nismo is more powerful, generating 600 HP. The model seen in the video seems to be modified, to improve its performance on the drag strip.