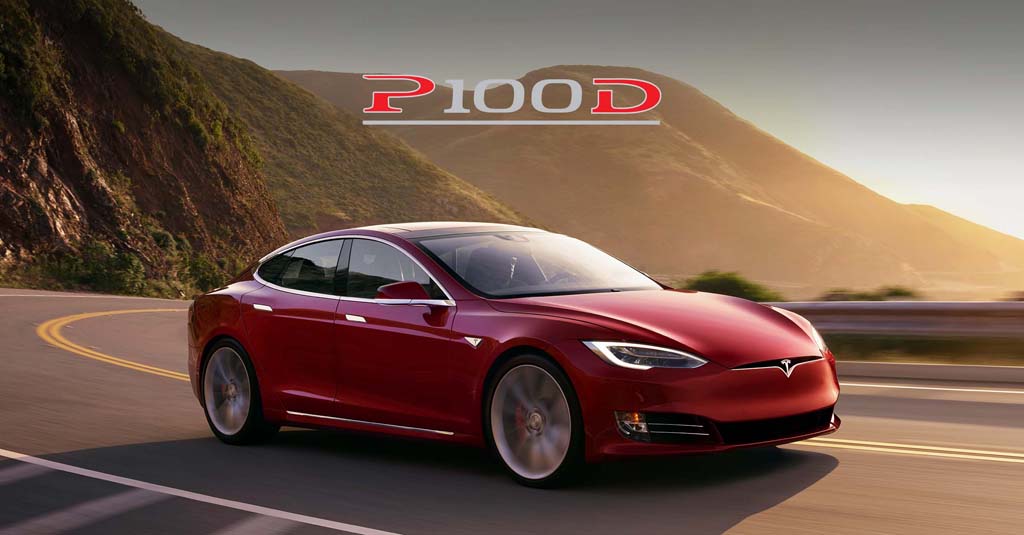 Tesla is making headlines once again with its new Model S P100D. The pure electric sedan is the third fastest accelerating car ever produced in the world. The American EV maker claims, the car reaches 0 – 60 mph in just 2.5 seconds with the Ludicrous mode, making it the third fastest model right after the LaFerrari and the Porsche 918 Spyder.

The Tesla Model S P100D gets power from a 100 kWh battery pack, which enables the car to cruise up to 315 mile (613 km) with a fully charged battery. It is also the first car to go beyond 300 miles, and eventually the longest range running electric vehicle in the world at present. Not only the Model S, but the American EV maker also offers the Model X with the larger 100 kWh battery pack. This way the Model X becomes the world’s quickest SUV even faster. The Tesla Model X P100D with Ludicrous mode can accelerate 0 – 60 mph in just 2.9 seconds. It can cruise up to 289 miles (542 km) with a fully charged battery.