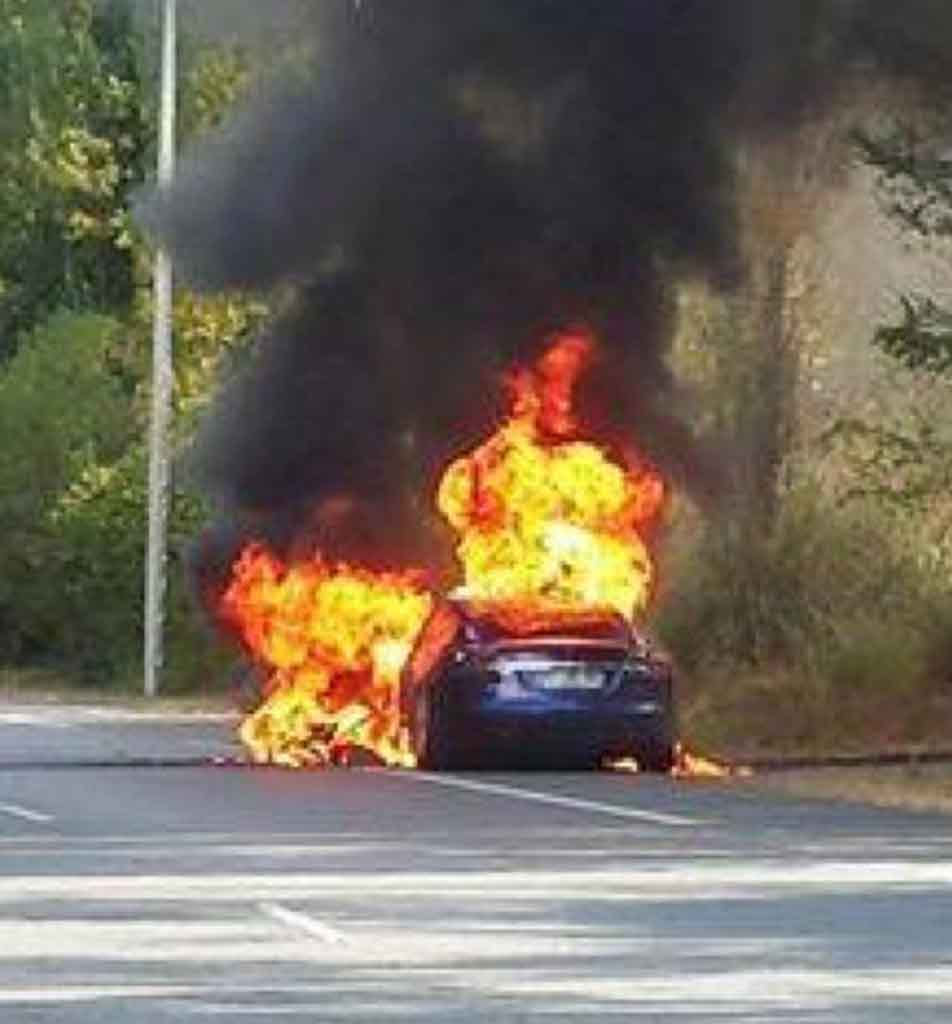 Tesla Model S caught fire in France as per reports; the accident happened during a test drive and the reason behind it is yet unknown

Once again a Tesla car made the headlines for wrong reason. A Tesla Model S electric sedan has been caught fire in Biarritz in France. The incident happened during a test drive. The reason behind the fire is still unknown. But this is not the first time a Tesla car has caught fire.

Reports suggest that, the Tesla Model S made a loud noise just before the flame engulfed the car. Also the dashboard showed a warning saying there was some problem with charging. The car then stopped and the occupants got out. Just moments later the Model S was erupted in flames. The car completely burnt when the flame was doused. Tesla has started an investigation to find out what caused the fire. Earlier in 2014 also, Tesla cars were reported to catch fire. In some cases the flame erupted after a collision. Also the American EV maker recalled a total of 29,000 units of charging adapters for the 2013 Model S sedans showing the reason as a potential fire hazard.

It seems Tesla cars are making headlines for all the wrong reasons in recent times. Few days ago Tesla Model S was reported to hit a tractor trailer, while it was driving in autopilot mode. Also a Tesla Model X was reported few days back to hit a brick wall on its own. Also read: Brand New Tesla Model X Hit the Wall on Its Own?

The Tesla autopilot is the autonomous driving technology Tesla has introduced in its electric cars. Apart from being completely electric powered cars the autopilot technology is the other thing, which has increased the popularity of the Tesla models. The EV maker is now working on its third car Model 3, which will hit the Indian markets as well.