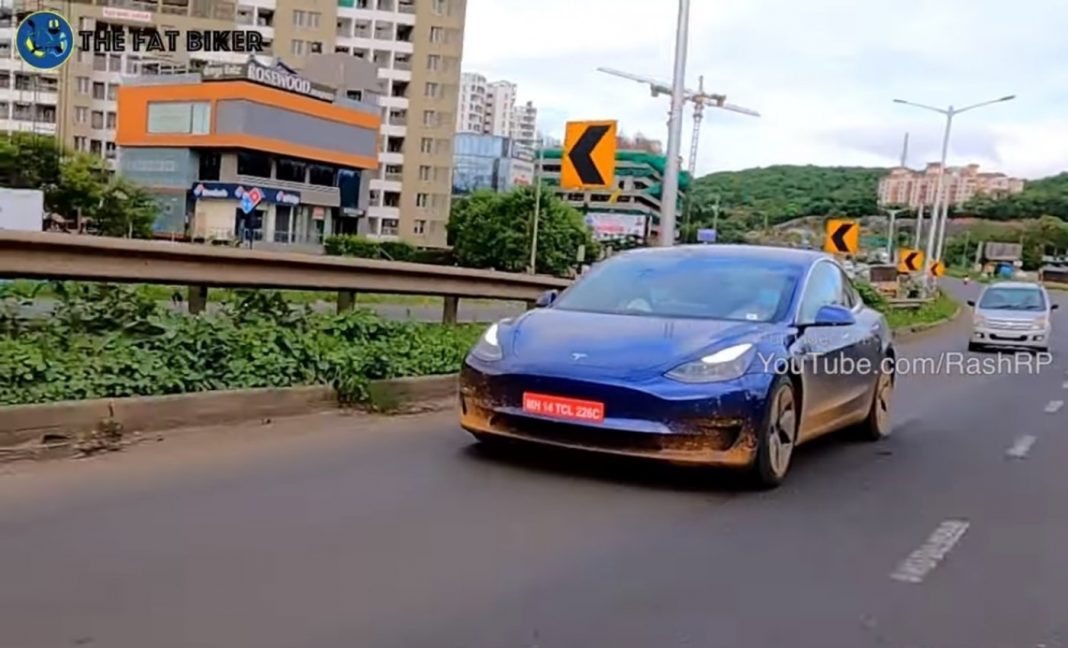 Tesla Model 3 is expected to go on sale in the Indian market by the end of this year, likely as a CBU-imported vehicle

American EV maker Tesla is finally set to enter the Indian market. The manufacturer is expected to set up shop by the end of this year, starting with just one model, the Model 3. Road testing of the Tesla Model 3 has already begun in India, and recently, the vehicle was spotted driving around the streets of India.

The video below, posted by The Fat Biker, shows us a blue Tesla Model 3 on a test on Indian roads. This particular model was the top-spec dual-motor (AWD) variant, and it was wearing standard 18-inch wheels and an aero body kit. However, we’re not sure if Tesla would launch the AWD variant of the Model 3 in India, mainly due to cost concerns.

Tesla has already registered its Indian subsidiary in Bengaluru, Karnataka, under the name Tesla India Motors And Energy Private Ltd. The brand will establish its headquarters in Mumbai, and it will open company-owned dealerships in a few major cities across India, like New Delhi, Mumbai, etc. The manufacturer will only be testing the waters initially with the Model 3.

The India-spec Tesla Model 3 will be manufactured in China, and then imported to our market. It has not been confirmed if the electric carmaker will take the CBU (Completely Built-Up) or the CKD (Completely Knocked Down) route. The latter seems more practical, as it benefits from lower taxes. However, Tesla would have to establish its assembly plant in our country for that to happen. 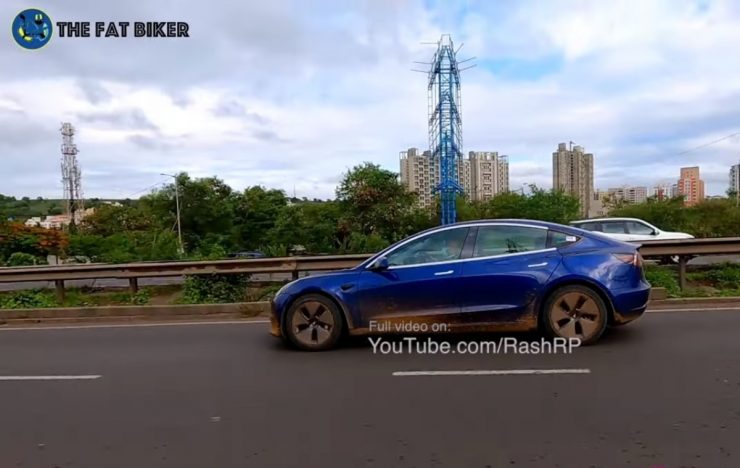 As per speculations, Tesla could initially take the CBU import route, to gauge the market demand. The Model 3 will likely be priced between Rs. 55 lakh to Rs. 70 lakh in India upon launch. It won’t have any direct electric rivals in our market, but it would compete with luxury cars like Mercedes-Benz C-Class, BMW 3 Series, Jaguar XE and the Audi A4.