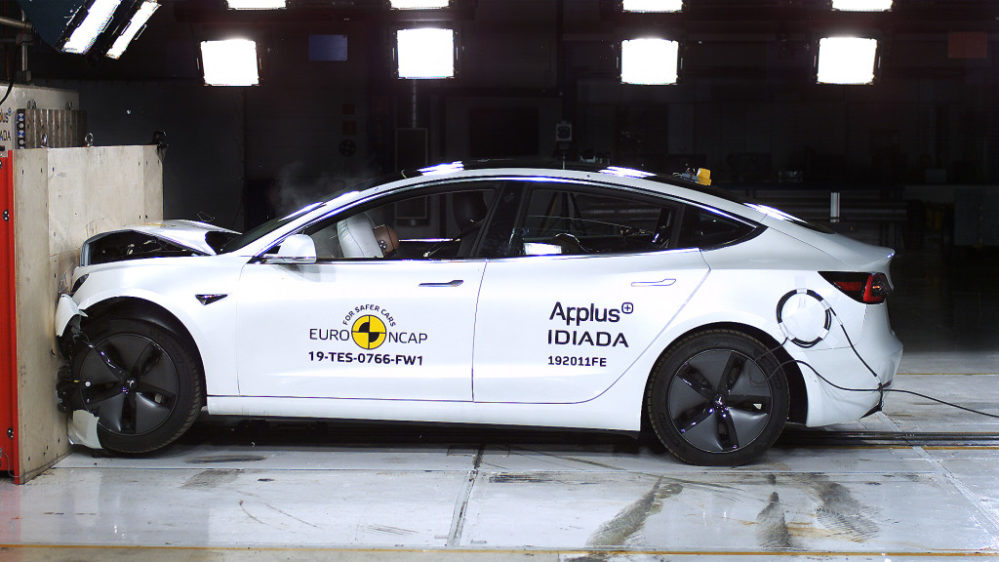 Tesla Model 3, in many way, changed the landscape for electric cars across the globe. As conventional as IC engine powered the vehicle and priced lower than the Tesla Model S and Tesla Model X, the Model 3 received an overwhelming response from its buyers with bookings touching 200,000 in the first year itself.

Apart from the features and a staggering all-electric range, Tesla Model 3 is immensely safe too and the latest round of Euro NCAP tests confirm the same. The Tesla Model 3 has been awarded five stars in the Euro NCAP safety tests.

The electric sedan comes equipped with recently updated extensive driver assistance systems which include lane-keeping assist, autonomous emergency braking and speed limit assist all of which contributed to post the best Safety Assist score ever recorded under the current test procedures.

“The Tesla Model 3 achieved one of the highest Safety Assist scores we have seen to date,” said Matthew Avery, Director of Research at Thatcham Research. The Model 3 also recorded a perfect score in the frontal offset deformable barrier crash test, which was first started by Euro NCAP in 1997.

The Model 3’s skateboard chassis layout, which creates a low centre of gravity and the absence of a combustion engine, which could intrude in the passenger compartment in the event of a collision contributed to the frontal crash test.

“Its Collision Avoidance Assist system is first class. Tesla has done a great job of playing the structural benefits of an electric vehicle to its advantage” Avery added. Not only Model 3, but all the other Tesla cars including Tesla Model S and Model X has received the 5-star ratings in the past, but none of them were tested recently under the new set of rules.

However, we are pretty sure they will maintain their ratings. Along with Tesla Model 3, new Skoda Scala was also tested and yielded a 5-star rating for adult occupant protection. Mercedes also received five star scores for both the B-class and GLE SUV.