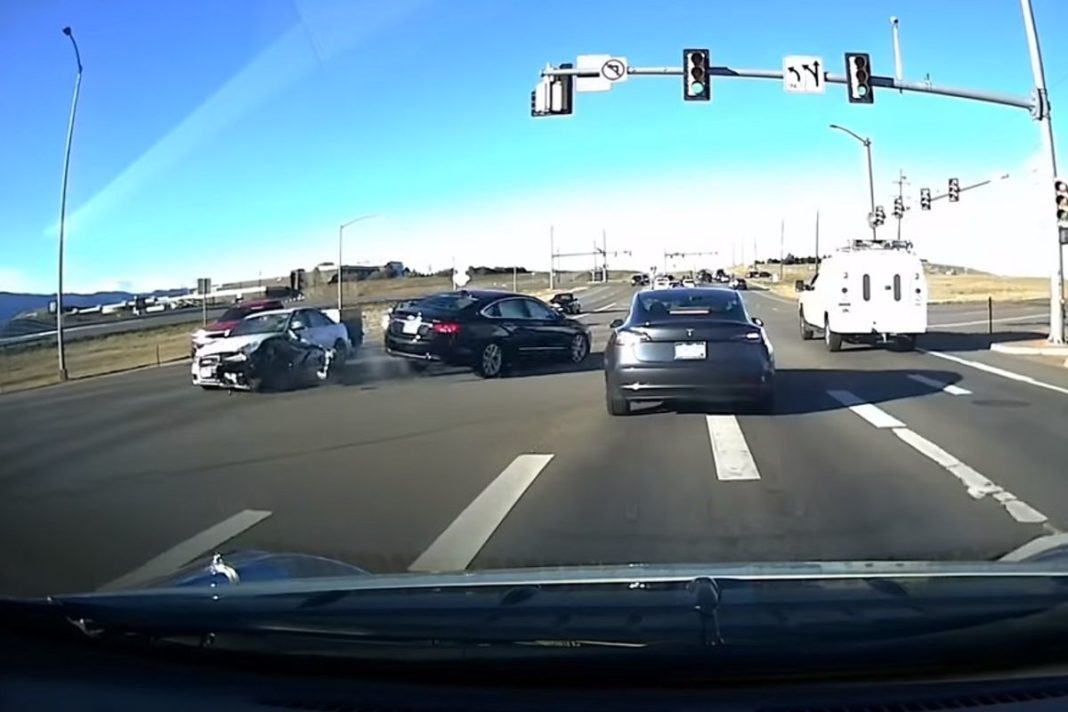 Tesla Model 3 has been in the limelight for being a fairly affordable all-electric autonomous car that shows the future of automobiles. Among its many features is the semi-autonomous driving function that lets the electronics take control of many driving procedures to make the life of a drive much easier behind the wheel.

The video that we have here shows a grey Model 3 that has just started moving at a traffic junction when a black Chevrolet sedan speeds into the crossroads. The Chevy first hits a white Audi A4 that was travelling into the opposite direction and speeds ahead towards the Tesla Model 3 but the high-tech car brakes just in time to save itself from the collision.

The Chevrolet sedan then hits a pickup truck. The final collision was so bad that the pickup flips over. Luckily for the Model 3, it had stopped just in time to avoid any sort of contact with the speeding vehicle.

As you can see in the video, the Chevy came into the picture just as the Tesla Model 3 had started moving. While some may argue that the brakes of the Tesla Model 3 were applied by the driver and not by the electronics, it doesn’t seem to be the case as everything happened a bit too quickly.

Therefore, in all probability, it was the car’s collision avoidance system that came into play as soon as it detected an abnormal movement on the road ahead. Also, it looks the Tesla Model 3 applied brakes when the out-of-control Chevrolet sedan was at least six feet away, which is a further sign that it’s actually the autonomous braking system that totally saved the day.