While replying to a query on twitter, Elon Musk said the performance version of the Model 3 could launch in middle of next year. But, before that it is aiming on mass production of the EV. The brand has already cleared its strategy to grab a sizeable share in the market with increased production volume of the Model 3. 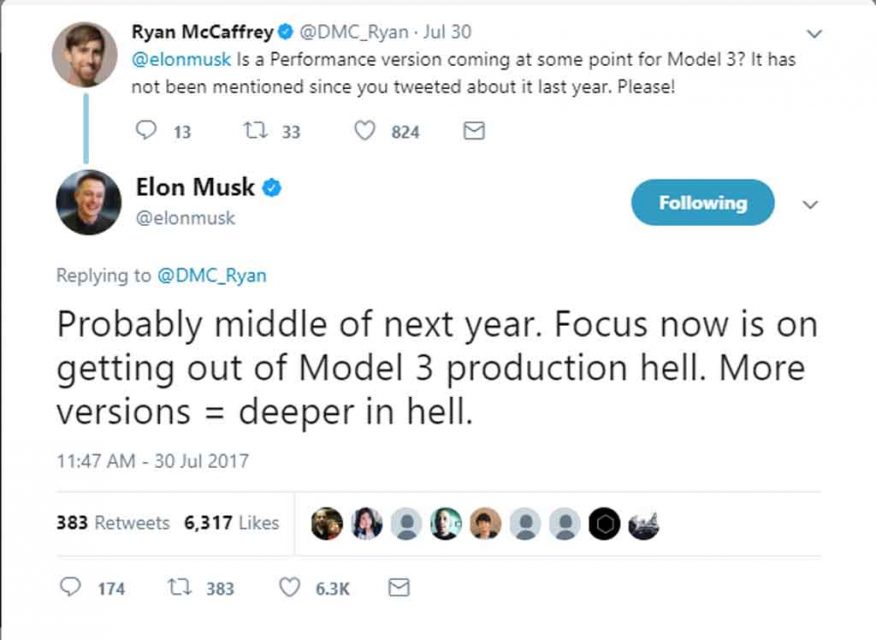 Tesla is all set to ramp up the production of the Model 3 step by step. This EV is going to be the first car from the band to be launched in India. It is expected to arrive here sometime next year. Tesla has already appealed the Indian government for temporary tax exemption until it sets up a local production plant here.

Speaking about Tesla Model 3’s arrival here, it is expected play a major role in Indian government’s plan to introduce all-electric mobility across the country by 2030. Also, with a local production plant in the country Tesla could use India as its Asia hub. Currently, several automakers are focusing on the domestic market with their EV products and Tesla Model 3 is going to be at forefront among them.