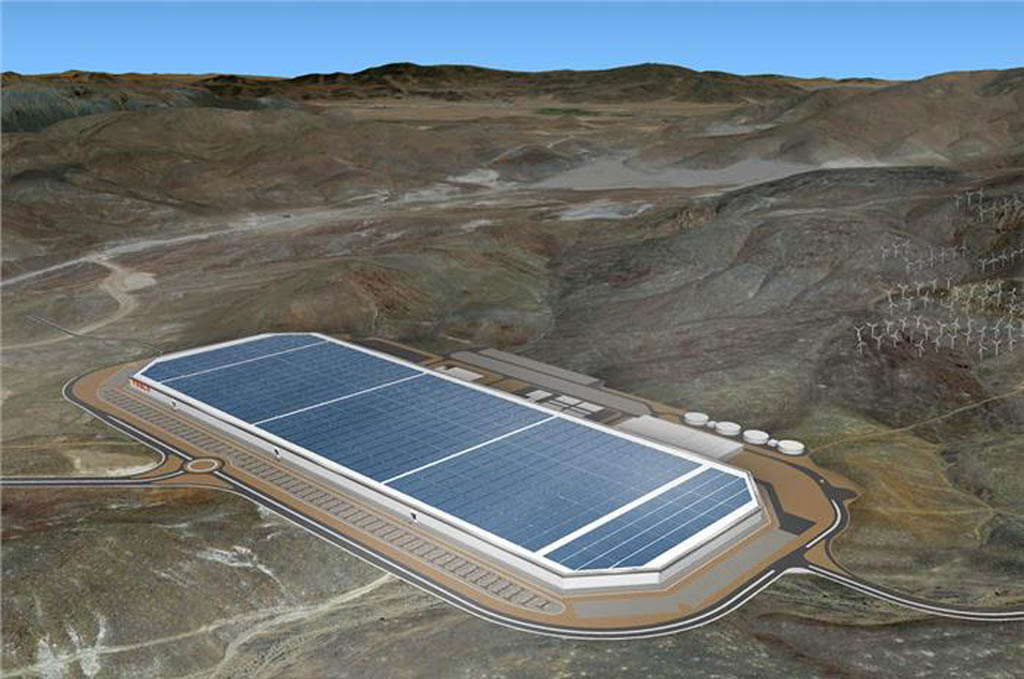 American EV maker Tesla might set up its Gigafactory in India. Tesla CEO Elon Musk has already hinted that the company might manufacture its cars in India after the launch of Model 3. Now that could be a Gigafactory, which is a very ambitious project by the automaker. Tesla is already building its first Gigafactory in Nevada. The plant is scheduled to start work soon.

Tesla Gigafactory is a huge lithium ion battery manufacturing plant, which will produce more batteries than the rest of the world can produce. Now with the first plant about to start work, the automaker plans to set up more such plants across the world. This plan includes one in Europe, one in China and one in India. Recently Union Minister of Road Transport, Highways & Shipping, Mr. Nitin Gadkari visited the EV maker’s plant. He proposed the automaker to set up a plant in India as the Asian manufacturing hub. He also offered land near major port according to Tesla’s choice. Tesla indicated that it might set up the plant only after seeing the positive response of the Model 3 sedan.

Interestingly, the Model 3 is going to be the first offering from the company in India. Tesla CEO Elon Musk also cleared, that the company will set up the future Gigafactories considering few factors. These factors are cost effectiveness, potential market with huge demand for the Tesla EVs.

In that case, India seems far behind than Europe and China though. The electric cars and hybrid vehicles are still in their infant stage in the country comparing fossil fuel powered cars. The Tesla Gigafactory is a very unique project indeed. It sits over 10 million square feet space in Nevada, US. The plant is self sufficient with its own energy sources. The entire plant runs on solar energy, with roof mounted solar panels. Also it comes with an unique diamond shape.

Tesla believes the diamond shape impacts less on earth than the conventional square or rectangular shape. This shape also increased the construction efficiency alongside minimizing impact on earth.