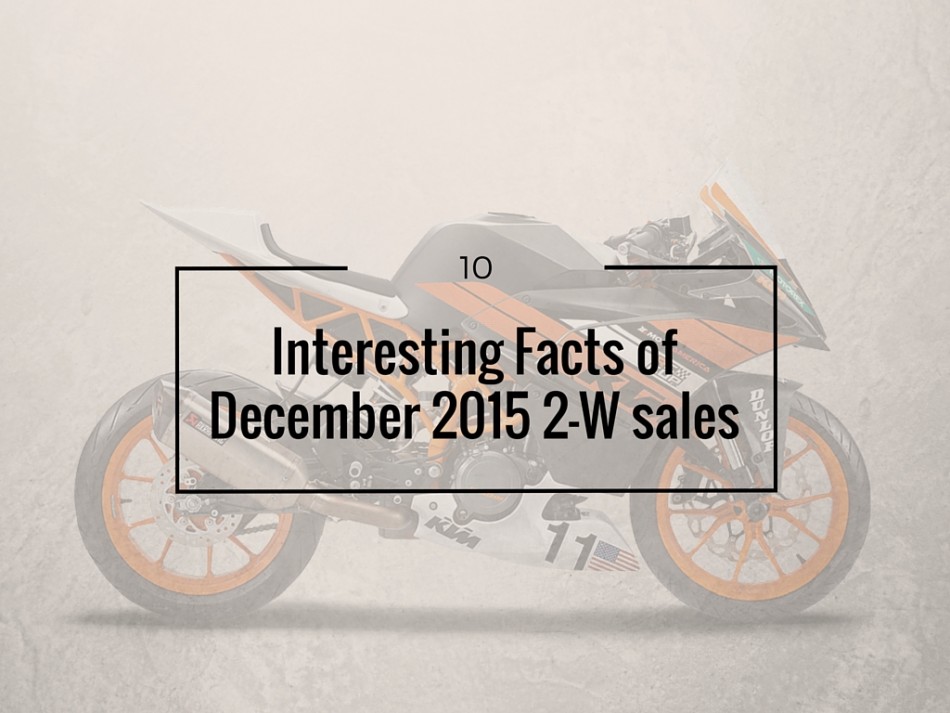 1) About 20,982 units of Avenger were retailed in December 2015 in contrary to 2,908 units in the same month last year in India. As a result, the Avenger brand became the another successful brand for Bajaj following Pulsar and Discover motorcycles.

3) Yamaha has a new volume seller to look up to as the FZ series has been beaten by Fascino scooter launched last year for the Indian market. Fascino with 14,437 units outsold FZ (11,955 units) in December 2015. 4) The increase in popularity of scooters among Indian customers has been evident last month as Gusto became the Mahindra brand’s best selling two wheeler product with a total of 5,311 units sold against 4,824 units of Centuro in December 2015.

5) The 110cc Livo commuter motorcycle topped the board for the Japanese bike maker by outselling the Dream series containing Dream yuga, dream CD 110, Dream NEO by retailing for about 19,078 units against 16,025 units of Dream series in December 2015. 7) Hero Maestro overhauled TVS Jupiter to regains second position in scooter sales. About 52,084 units of Maestro has been sold in comparison to 47,217 numbers for the Jupiter.

8) Astonishingly only three units of the recently launched 650F has been retailed by Honda in the last month of 2015.