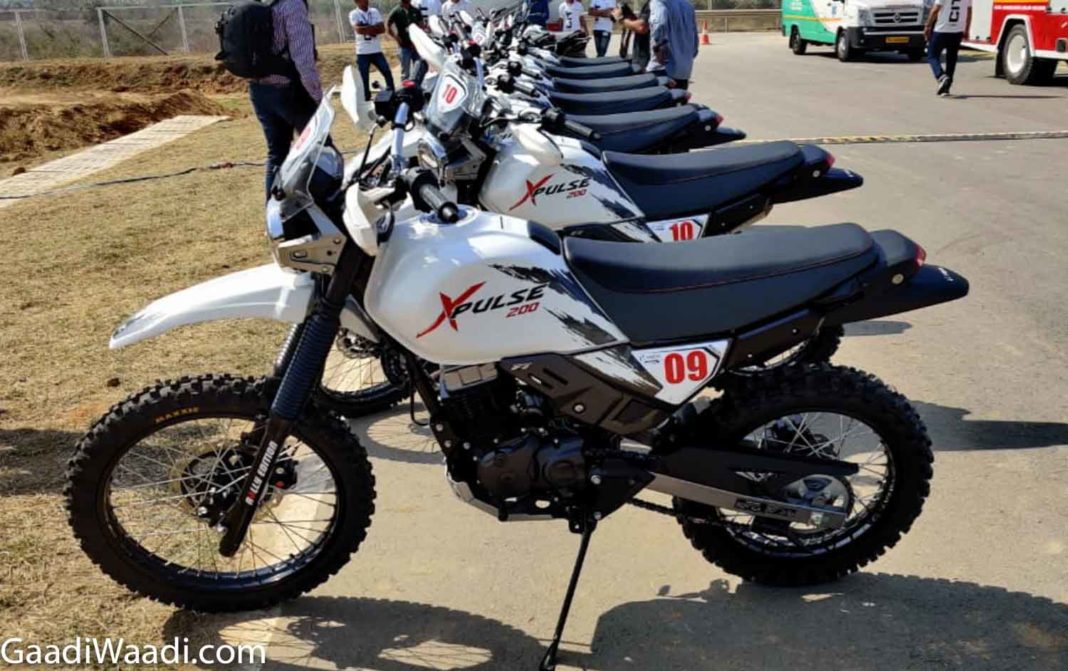 In India, bikers often get harassed by cops even after following the rules. Now an incident is reported, where the organizer of the MRF Mogrip FMSCI Indian National Rally Championships was slapped by an arrogant cop in Ranga Reddy district near Hyderabad. Also more than 50 national bikers were detained by the Manchal police.

The Manchal police claims, the organizer didn’t take proper permission from police department for the rally. But the fact, is the organizers took all the necessary permission, and police also gave them clearance. Also the cops claim that, the bikers were doing around 150 kmph. The question arises, how can the bikers ride at 150 kmph on broken village roads? Rationally speaking, the bikes can’t do half of the speed on the roads, where the rally was taking place.

A video has come up showing the abusive behaviour of the police inspector M Gangadhar. The video shows how the arrogant cop slaps the organizer and manhandles him. Also he is clearly heard abusing the organizer. Not only that, reports suggest police threw rocks at the bikers to stop them and later they took all the bikes into custody and registered a case as well.

The Indian National Rally Championships is an affiliated event to the FMSCI, which regulates motorsports in India. Also, the championship is one of the most prestigious motorsports events in the country. Due to getting detained at the police station till 9.30, many participants, who came from across India is unwilling to participate in the rally again.

The race organiser Mazdayar has been booked under section 189 of the Motor Vehicle Act. He informs that, all the safety measures were taken for the riders and for the persons in the surroundings as well. Also, the rally was being held at the outskirts of the city to avoid any unwanted situation. Yet after all this, such behaviour from cops only show the sore state of motorsports in India.