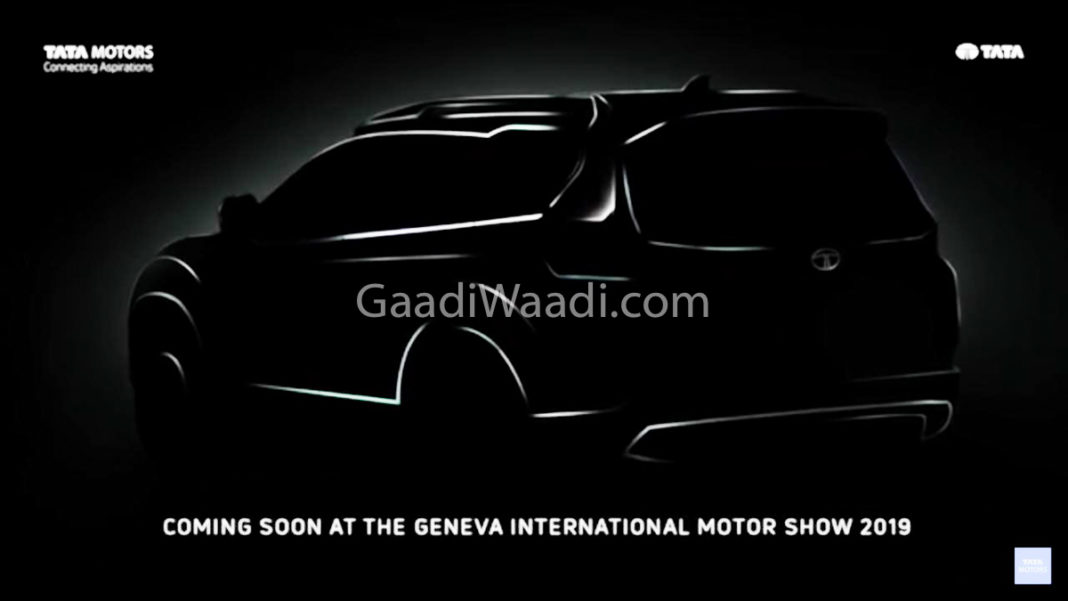 Tata H7X will be the seven-seater version based on the recently launched Harrier. It will directly take on the Mahindra XUV500, Honda CR-V

Tata launched the all-new Harrier SUV in the Indian market on January 23 and It will officially unveil the concept of 7-seater version of Harrier soon, which will be launched in production form later this year. The all-new SUV has been caught testing on the Indian roads several times under heavy camouflage, and it has now been confirmed to be revealed at the 2019 Geneva Motor Show on March 5.

Tata has already said that the upcoming H7X will look quite different from the Harrier and the first ever teaser image does indicate it. It will be the flagship product of Tata Motors. The H7X will have a straighter roofline due to the longer overhang to give maximum headroom to the third-row passengers.

Tata is expected to carry forward the other design elements including the chrome strip running through the window line and horizontal LED tail lamp unit. Tata is expected to tone down the aggressive front design with the upcoming H7X too. 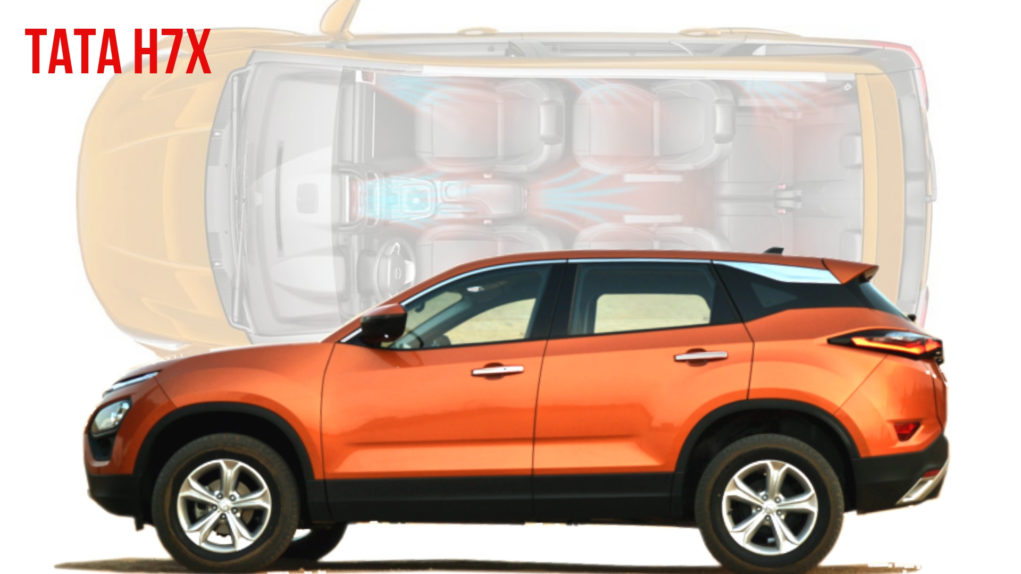 Overall, the length of the vehicle will rise by 62mm, but the wheelbase of 2,741mm will remain similar to the Tata Harrier. The production version of the H7X will utilise the same Omega Arc platform like the Tata Harrier, and the engine and transmission are expected to remain same too.

In the Harrier, the 2.0-litre Multijet engine that also powers the Jeep Compass produces a maximum of 140 PS and 350 Nm. In the upcoming H7X, the power is expected to rise to 170 PS as the Jeep Compass to compensate for the extra weight.

Tata is also likely to introduce a 6-speed torque converter automatic transmission sourced from Hyundai in the H7X whose official name is still awaited. The same transmission is expected to be launched on the Harrier too in the coming months.

On the inside, the H7X will offer a similar feature list that includes an 8.8-inch touchscreen infotainment system and a 7.1-inch coloured screen on the instrument cluster. Given the value-for-money price tag of the Tata Harrier, the H7X is also expected to get a similarly aggressive price tag.

Tata is planning to launch the all-new H7X and the Baleno-challenger Altroz before the end of this calendar year. The production-spec H7X will be accompanied by Altroz, electric concept of Altroz and Hornbill micro SUV concept at the Swiss motoring exhibition.