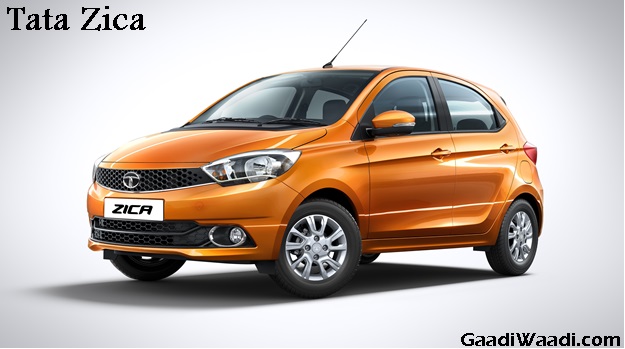 Ahead of the Global Launch of Tata Zica, Tata Motor’s today releases the official images, Zica is based on all new Platform and adopts fresh design language

Soon after the first set of undisguised images of Tata Zica leaked, Tata Motor’s today revealed the exterior images of Zica. As per Tata Motors, Zica is engineered on a all new platform have cutting edge dynamics.

As the pictures suggests, Zica comes with new design for the Tata is not known for, exept the front Tata’s signature grille, Tata Zica has everything new. It is expected that Zica will rival Maruti Celerio, Grand i-10, Ford Figo and Honda Brio in India and will be priced from somewhere around 3.8 Lakhs Ex-showroom New Delhi. Tata Zica is the name for the hatchback that is set to come to life. After being spied for almost a year, Tata Zica is finally here. After Tata started new HORIZONNEXT POLICY, it plans to completely revamp its passenger car portfolio. A hatchback and a sedan. The hatchback “Tata Zica” is set to go against many rivals under four lakh mark, namely Maruti Suzuki Celerio and Hyundai Eon but with a more premium appeal and features on board. The name has been revealed in the video which can be seen here. Tata Motors has recently got Lionel Messi onboard to promote their sales worldwide as the brand continues to bank hard on exports. Domestic market new scenario started with the Zest and Bolt but they have been doing average numbers. Zest is a great car in the comparison, but there is a lot of competition and also coming ahead. Bolt was left behind of the high pricing the company stickered on to it. Tata Zica is the hatchback, which will jump start the volume segment sales under the HORIZONNEXT platform. Tata Zica is set to be the most quality focused car with the most loaded features and will have modern engines onboard with automatic and manual transmissions. Tata Zica will get the 1.2 petrol Revotron motor and the rumored 1.4 diesel engine that Tata has been making on their own since quite some time. Tata Zica is the hatchback named. The sedan will surely will get a similar name or a brand new just like how the market has been doing with its hatchback and sedan siblings, most probably it will called “Tata Sway”. Tata Zica will woo its customers with a new design language and value for money pricing along with quality after sales and service experience it has been working on.