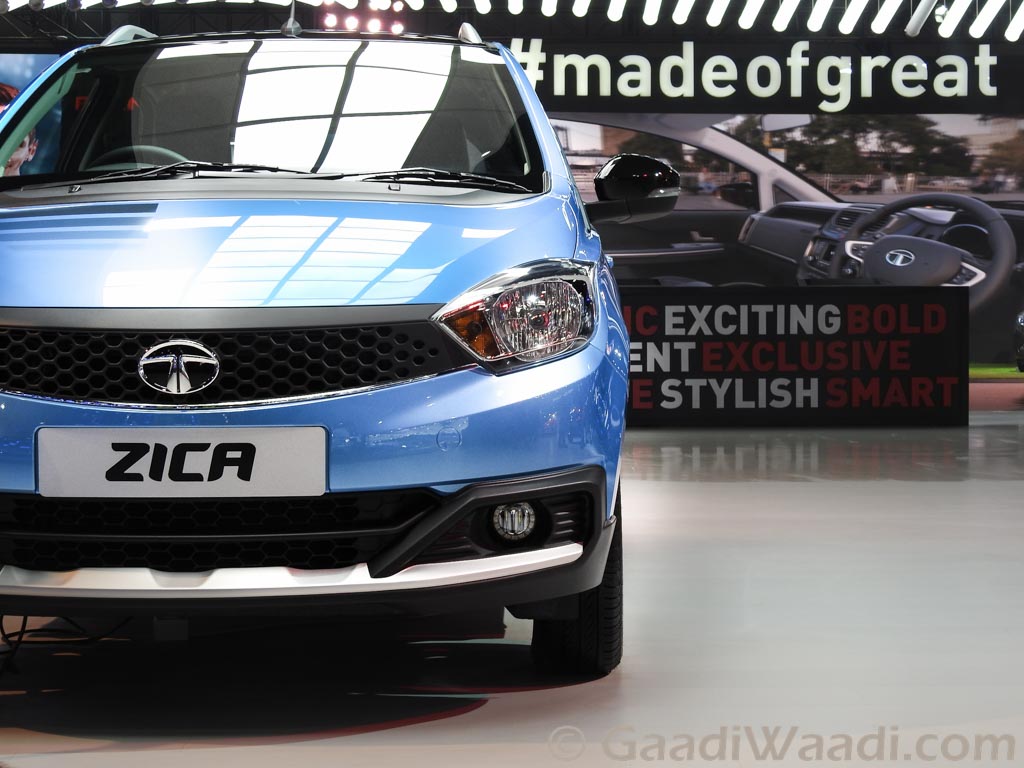 Tata Motors has taken the opportunity at the Auto Expo 2016 to release some of upcoming products in conceptual guise. One such potential vehicle to have been unveiled at the motor show was a crossover based on the recently launched Zica hatchback.

The Zica Aktiv comes about in a sleeker package and could harbinger the production version with most of the cosmetic details being retained if or when Tata decides to roll it out of assembly lines. Going by its outer styling, it certainly received a mouth-watering overall appearance with showy dual-tone colour options.

The front fascia features excessive chrome detailing above the Tata emblem fitted with the hexagonally meshed grille. The bumpers up front and rear, let alone the under body have received plastic body cladding with the rear resembling diffuser shape. 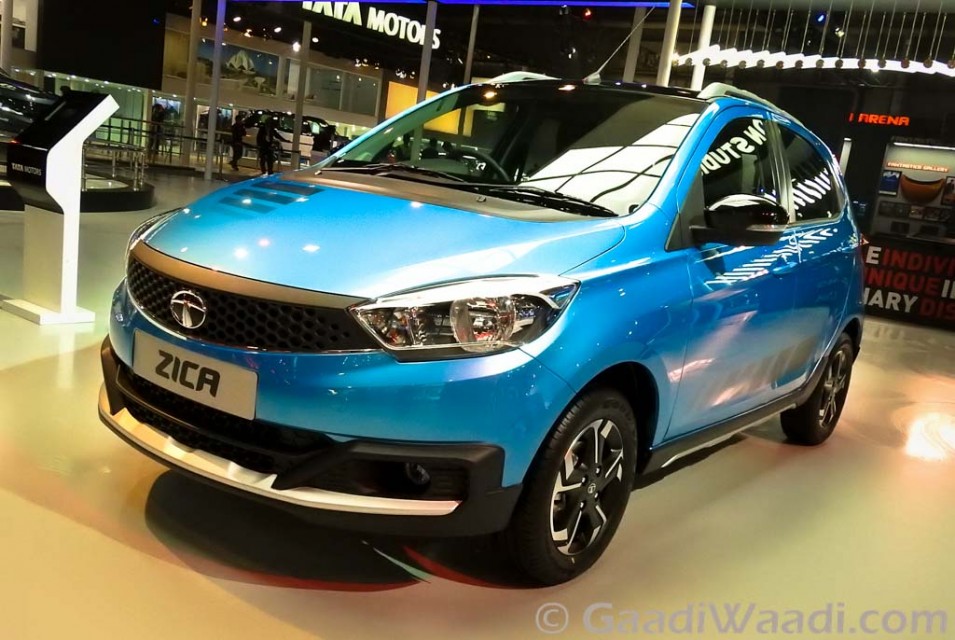 The round-ish fog lamps have had outer protection with the head lights and its cluster acquiring identical structure to that of the standard Zica hatchback. The bonnet continued to be less dramatic whilst the sloping roofline is fitted with sporty roof rails.

The side profile comes with a stricter character line running from front fenders to the tail lamps but doors have been glued with black stickers on either side. The roof-mounted rear spoiler remains unchanged with the tail lamp design staying as similar as the Zica hatchback. 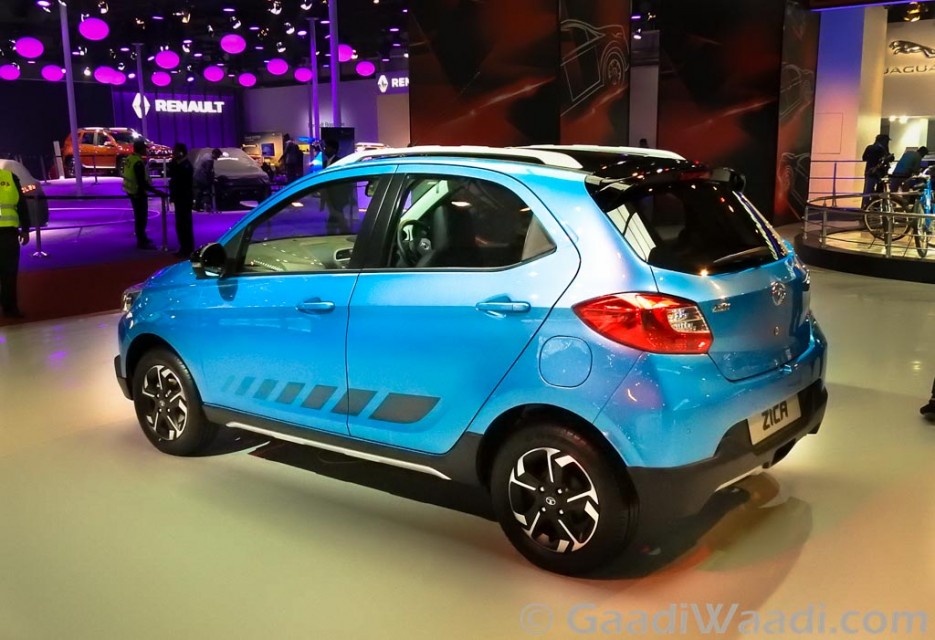 The interior has received silver accents seemingly everywhere with identical dashboard, centre console, switches, dials, gear knob and the multi-functional three spoke steering wheel with audio controls. The crossover segment has grown in popularity in recent years and the affordable offerings in our domestic market are Hyundai i20 Active, Toyota Etios Cross and Fiat Avventura. Chevrolet announced its venture into this volume market space with the Beat Activ crossover believed to be the cheapest product when goes on sale. But, it is more likely to have a stern competitor in Zica Aktiv. 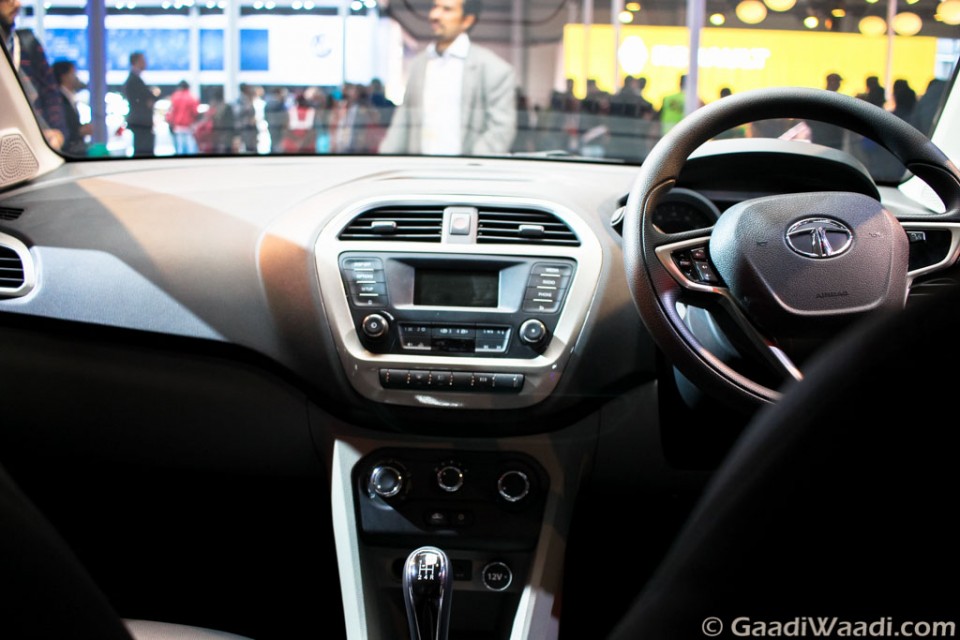 The Tata Zica Aktiv is more likely to be powered by an all-new Revotorq three cylinder diesel engine that displaces 1,050cc and uses cast iron cylinder block and aluminium cylinder head. The engine has segment-first City and Eco driving modes and generates 70 PS at 4,000rpm and peak torque of 140 Nm between 1,800 and 3,000rpm. The 1.2-litre Revotron three cylinder engine is an all-aluminium petrol motor that develops 85 PS of power at 6,000rpm and 11 4Nm of torque at 3,500rpm. Both these engines power the Zica hatchback as well, mated to a five-speed manual transmission.