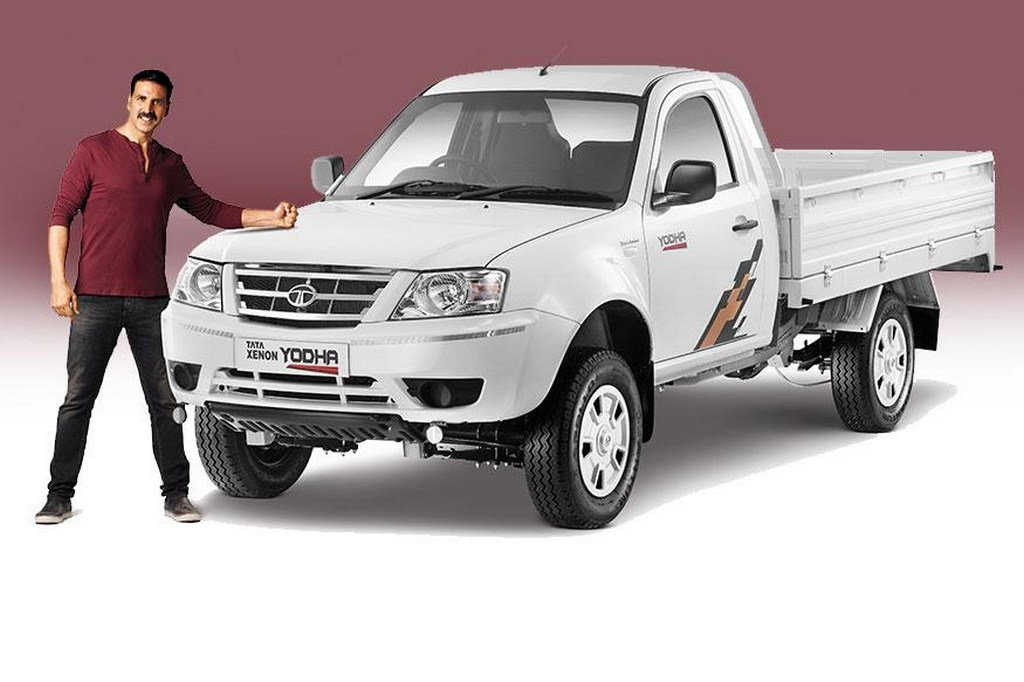 Tata Xenon Yodha is offered in single cab and double cab variants; gets powered by a 3.0-litre diesel engine in 72 bhp and 85 bhp power tunes

The Tata Xenon Yodha sports some cosmetic updates with revised front grille, new front and rear bumpers as well as fog lamps. The 3.0-litre common-rail diesel engine can be had as either BS-III or BS-IV compliant as the single cab variant of the former carries a price of Rs. 6.05 lakh and the single cab model of the latter is priced at Rs. 6.19 lakh (ex-showroom, New Delhi). Comes in both 4×2 and 4×4 drive configurations, the new Xenon has a payload capacity of 1,250 kilos. The workhorse is said to be suited for all kinds of terrain applications with the larger 16-inch radial tyres. A strong rear axle with unitised double bearing and reinforced four mm chassis frame will help handling even the toughest of loads and the carrying capabilities.

For improved driveability, the suspension can be setup at five different levels up front and nine levels at the rear depending on moving speed and payload. On the inside, the facelifted Xenon features carpet flooring, adjustable steering column, power steering and high-intensity cabin lights. The Tata Xenon Yodha locks horn with rivals like Mahindra Scorpio Getaway and Isuzu D-Max V-Cross. Interestingly, this pickup is going to be the second model after Tata Safari Storme to be offered to the Indian armed forces. It has an internal length of 2,550 mm along with 1,750 mm width.

For the safety of driver and occupants, the Xenon Yodha gets anti-roll bars for stabilised handling in different load and speed conditions and is constructed on three-layered body. Besides that, it comes with collapsible steering column, crumple zones, side intrusion beams for prevention during side impacts and retractable seatbelts.