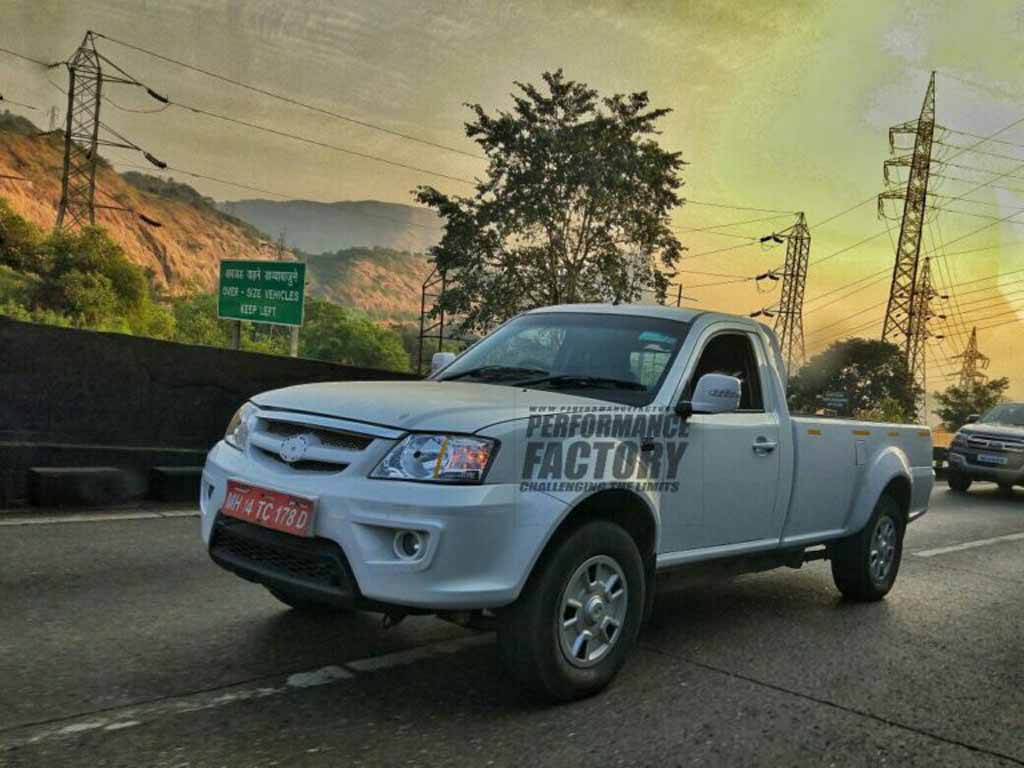 The Tata Motors could roll out the facelift version of Xenon pickup early next year. Ahead of its launch, the 2017 Xenon has been spied testing without any camouflage, giving us a clear view of the upcoming commercial vehicle. As the images show, the upcoming Xenon facelift doesn’t incorporate significant change at all, but only subtle updates.

The headlamps and front grille come with slight changes. There is a chrome bar on the bonnet line, which does little to enhance this vehicle’s style. Apart from that, the front bumper has become more muscular with a black matte finished mesh at the central air dam, while the fog lamp enclosures come little different looking. Otherwise, the front fascia of the car comes similar to the outgoing model. 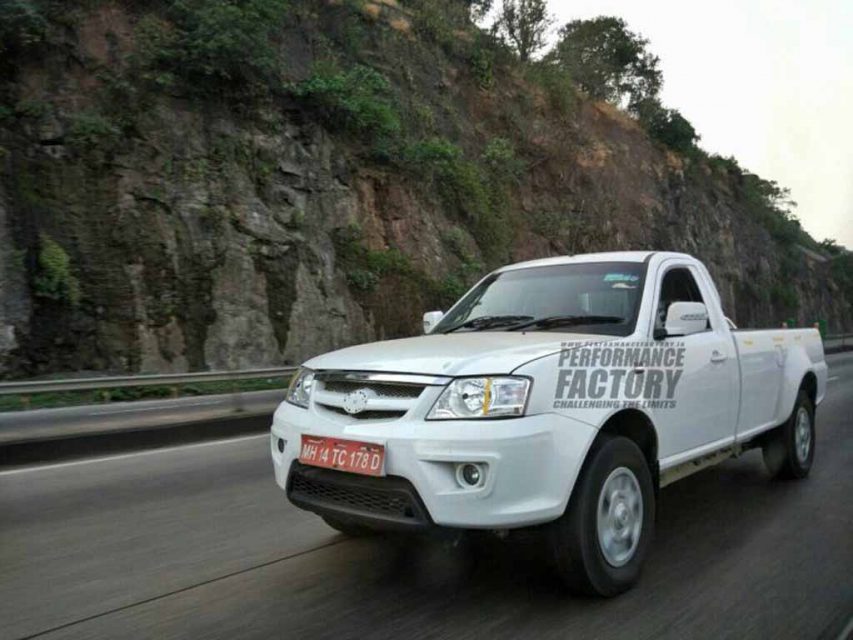 At the side profile also, no significant change is visible. It could get new design wheel rims, while the rear fascia features refreshed taillights. So far, the exterior updates are very minimal and they don’t actually make the new Xenon appear sharper or stylish in any possible way. In comparison with the Isuzu V-Max D-Cross, the Tata Xenon looks blunt.

The spyshots don’t reveal anything about the cabin of the 2017 Tata Xenon, but it is likely to come with some changes. The outgoing model gets a Spartan look inside the cabin. We hope Tata offers some upmarket features to make the cabin appealing. 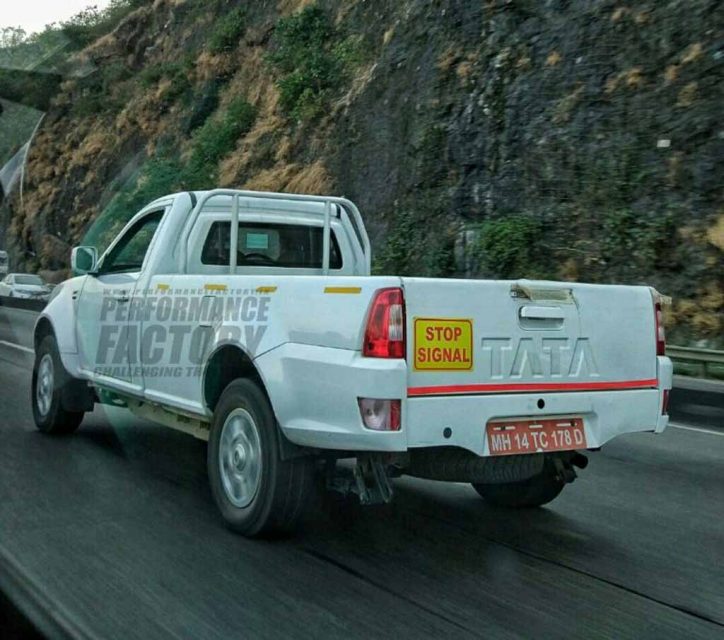 On powertrain front, upcoming Tata Xenon facelift will draw power from a 2.2-litre VARICOR 400 diesel engine. This engine also generates power under the hood of Tata Safari Storme and upcoming Tata Hexa as well. It churns out 156 PS of peak power and 400 Nm of peak torque. The upcoming facelift version could get a 4WD, while for transmission duty it could get a new 6-speed manual and a 6-speed automatic gearbox as well. The new Xenon could be priced at around Rs. 7.5 lakh (ex-showroom, New Delhi).