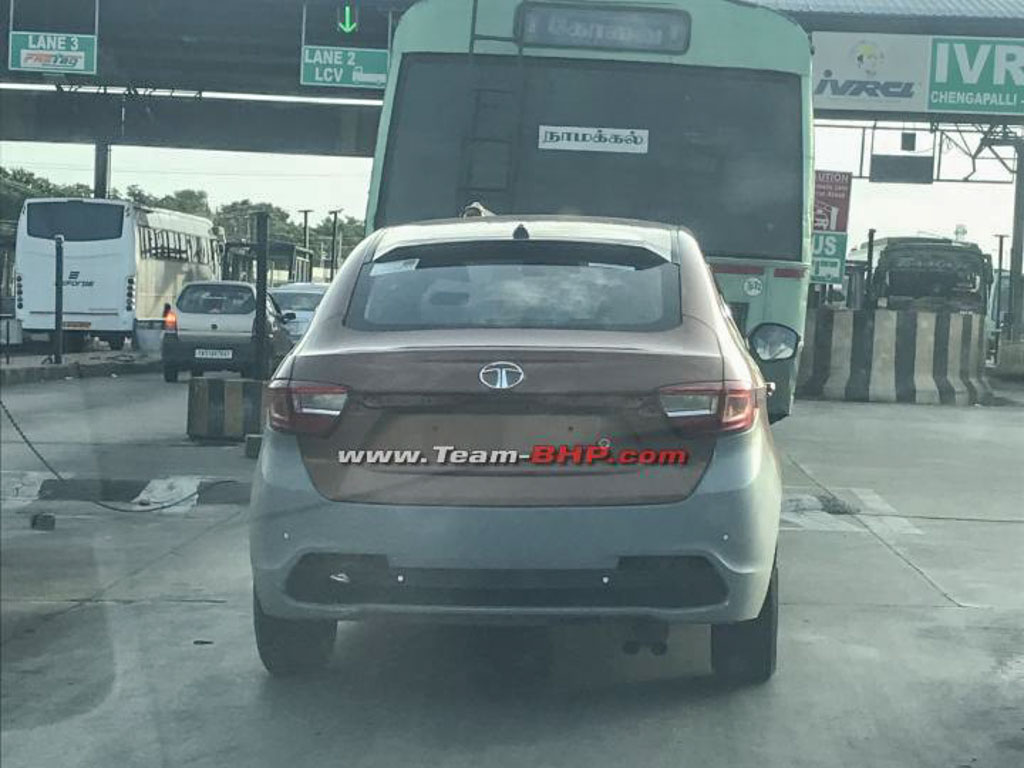 The latest sighting took place at a highway toll plaza in Coimbatore. As seen in the image, the Tigor JTP gets a twin exhaust pipe. While there have been many sightings of the Tigor JTP, it’s for the first time that a test mule has been seen sporting an unfinished rear bumper. The unpainted bumper doesn’t sport any sort of black plastic inserts.

However, the rear reverse parking sensors have been retained. The test mule also sports the same rear windshield spoiler that’s found on the regular variants. What’s missing, however, are the rear antennae and the chrome embellishments for the trunk lid. Also, the test mule gets the same taillights that are available on the base variant.

Over a year ago, Tata Motors and Coimbatore-based Jayem Automotive joined hands to come up with performance-focused versions of the Tiago and the Tigor. In line with this, the company showcased the Tiago JTP and the Tigor JTP at the Auto Expo 2018. The duo is now readying production-spec models for their market launch. 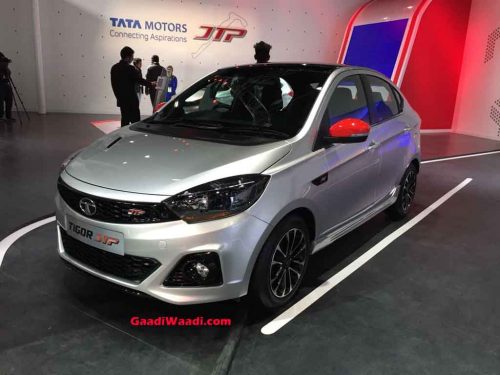 The Tata Tigor JTP as well as the Tata Tiago JTP will be powered by the same turbocharged petrol engine that powers the Nexon compact SUV. This 1.2-litre unit outputs a maximum power of 108 bhp along with a peak torque of 150 Nm. Transmission choices for the Nexon include a 6-speed manual and a 6-speed automated manual transmission.

The Tata Tigor JTP, however, will get a performance-tuned 5-speed manual transmission. It will also get a stiffer suspension and bigger wheels. Prices of the Tata Tigor JTP will likely start at less than Rs 7 lakh. This will make it the most affordable performance-focused sedan in India. Launch should happen around Diwali this year.
source