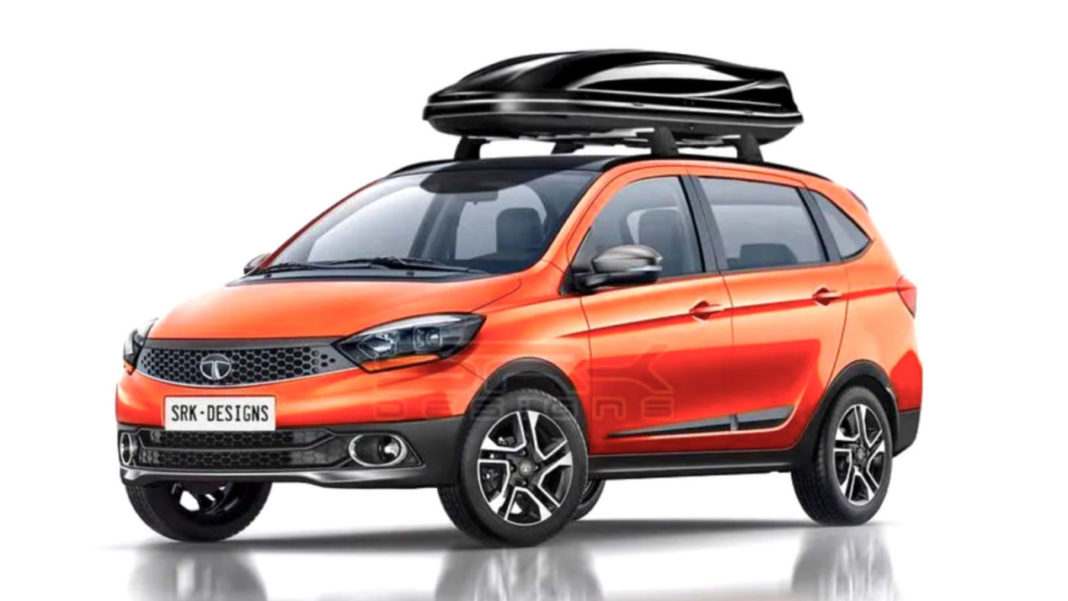 While Tata Motors has no plans to come up with an estate version of its popular small car, a rendering shows what the Tata Tiago station wagon variant could look like

Traditionally, station wagons have never done well in the market. However, if you think of it, it could actually be a good time for the company to launch the Tata Tiago Station Wagon. Soon, the Renault Triber will be launched in the country, which will be nothing but a derivative of the Kwid.

Similarly, Tata Motors can possibly come up with the Tata Tiago station wagon to try and steal some attention away from the small MPV. The station wagon version of the Tiago can also rival the Datsun Go Plus.

The Tata Tiago station wagon seen in the rendering we have here is based on the Tiago but gets many styling changes to look distinctly different. The rendered model has a dual-tone colour theme and even carries roof-mounted luggage box to boost the practicality quotient. The black-red colour theme makes the model look quite sporty, while the lack of any type of chrome highlights also makes the estate look dynamic.

Obviously, the most important bit is the estate body format. The Tata Tiago station wagon has been visualized with a larger rear profile than the hatchback sibling. The car gains an extra pillar at the rear, while the roofline doesn’t rake as steeply as that of the hatchback version. In fact, the resultant length can be even used to accommodate a third row of seats.

The Tata Tiago station wagon can be seen wearing the same set of alloys as the top-end XZ+ version of the hatchback. Unlike the Indigo Marina, which had a large greenhouse, the Tiago in the rendering has small rear quarter glasses. However, the rear door has been enlarged. The rear-end gains a new bumper but there are no details on other elements of the car’s backside.