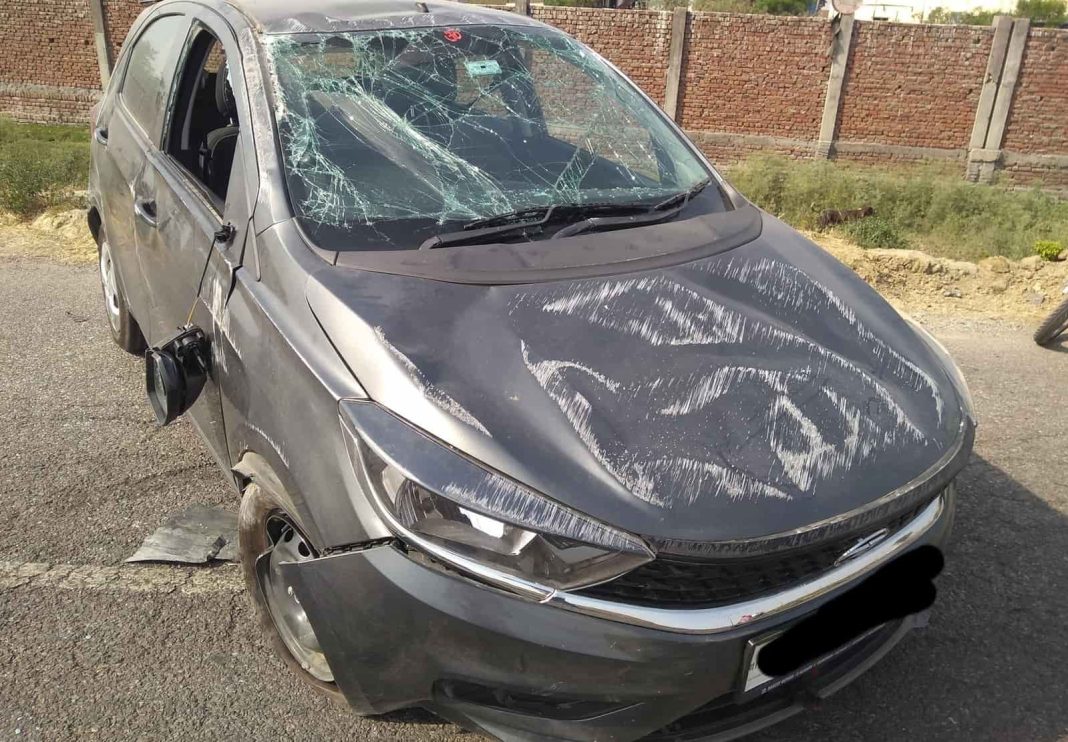 The owner of the car in question shared the pictures online, stating that he managed to escape with absolutely no injuries

In recent years, vehicular safety has become a high priority for many new car buyers in our country, thanks largely to efforts by Global NCAP. The safety authority has crash-tested many cars sold in India and released safety reports, giving them an appropriate safety rating. Currently, Tata Motors and Mahindra & Mahindra are the two automakers that are dominating GNCAP safety charts.

Tata Tiago may just be a budget-friendly car, but it still has an impressive Global NCAP safety score – a 4-star adult safety rating and a 3-star child safety rating. Out in the real world, we’ve seen a few major crashes in which the Tata hatchback kept its occupant(s) safe. Here, we have another such example, shared online on Tata Tiago Owners India group.

The images of the crashed car were shared by the owner, Shashank Garg. He stated that the car was being driven at around 60 kmph on a highway when it hit a divider. Details about the location of the accident were not shared. The hatchback rolled over twice, but the owner claims to have escaped unhurt, thanking the Tiago’s build quality for saving his life. 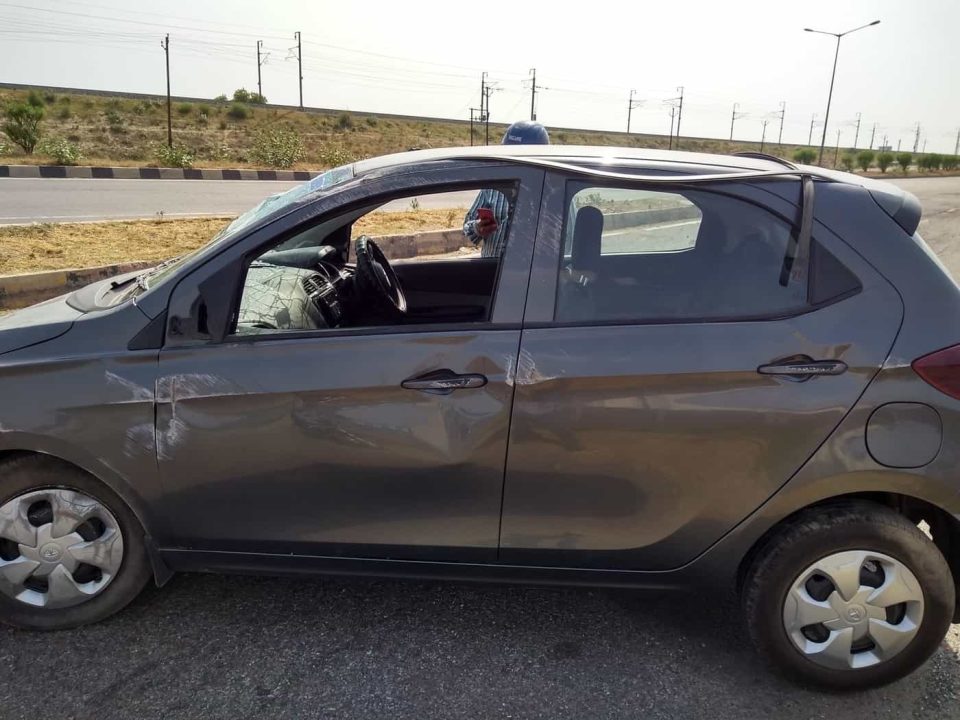 The bonnet of the car has been scratched up heavily, along with the headlamps and the front grille. The front bumper has come loose, and the front windscreen is all smashed. Both ORVMs are broken, the front windows are smashed up too, and the front-right wheel is bent up. There are even more scratches on the doors, pillars, and roof. The rubber seals on the roof have also come off, but the pillar and roof are completely intact. 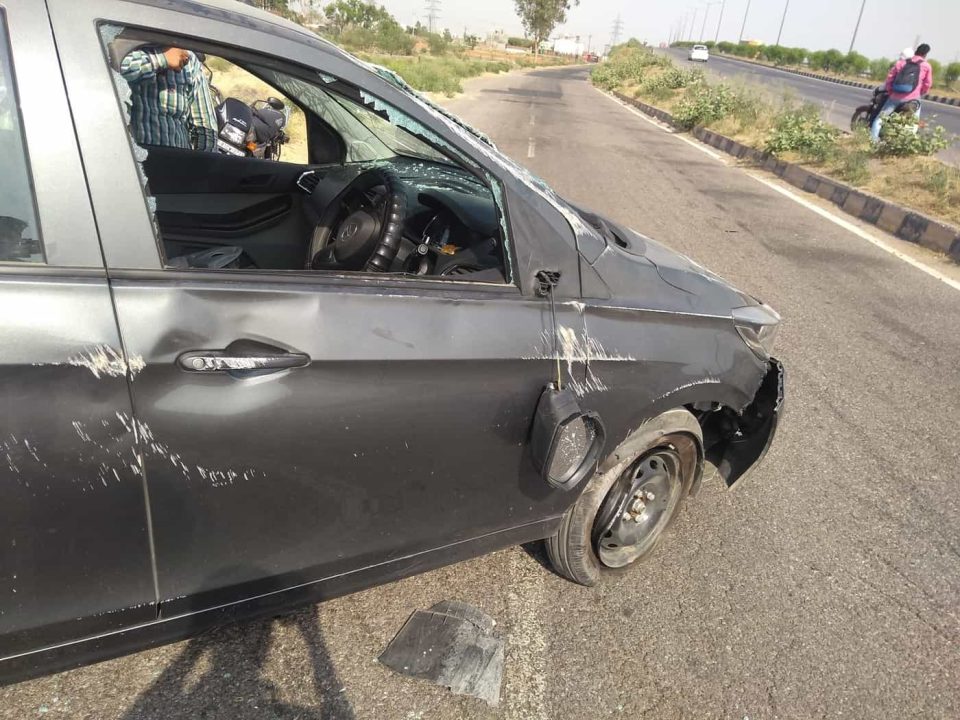 India is infamous for road accidents, many of which result in major injuries or even death. Travelling in a safe car increases the chances of the occupants surviving a crash. Thankfully, many carmakers operating in the country are improving the safety factor of their vehicles.