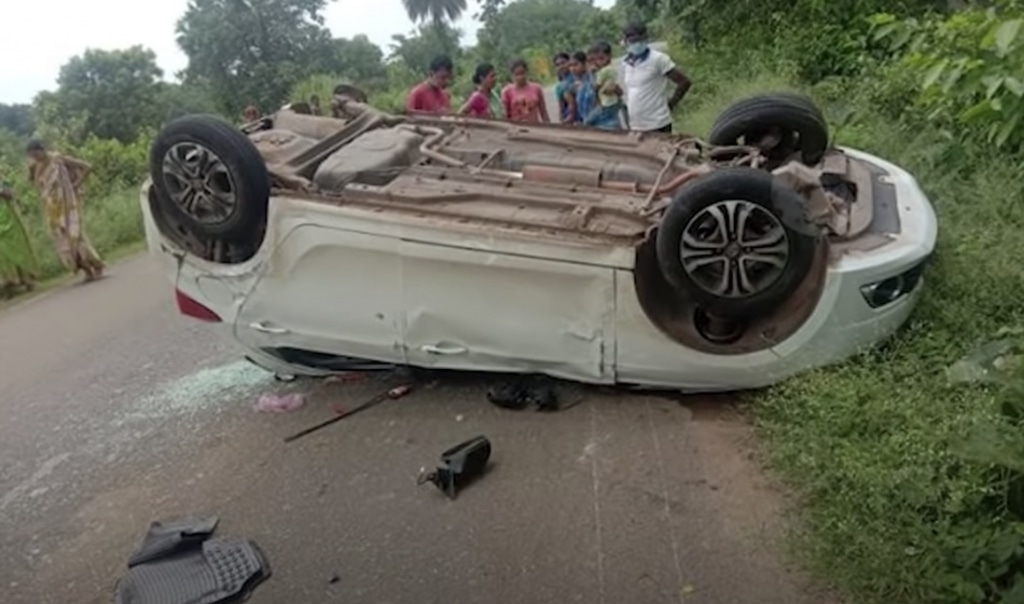 Tata Tiago has a global NCAP safety rating of 4-stars, making it one of the safest hatchbacks in India

Recently, we’ve seen many owners of Tata cars sharing their stories of accidents, ranging from minor collisions to extreme crashes. While the details of such accidents vary, there has been one constant in these stories – all occupants have been reported to be safe.

Here, we have another such story involving a Tata Tiago, which was involved in a huge crash, causing the car to roll for 80 metres! The owner of the car, Debi Prasad Dash, was driving in Deogarh, Odisha, with three of his friends. Dash was sitting in the front passenger seat, and one of his friends was driving when the accident happened.

The driver had the Tiago at a speed of 100 kmph when a right turn appeared and he lost control of the car. The vehicle rolled over at least seven times, and then scraped along the ground for a little while. Looking at the pictures, it’s easy to see that the accident was quite a major one, and the occupants are lucky to survive.

As can be seen in the pictures and the video, the A-pillar on the passenger’s side is completely crushed, and the windshield and windows have been smashed completely. The lower portion of the car seems to have suffered significantly less damage, as opposed to the roof, which has caved in at the front. The owner has praised the car’s build quality for keeping him and his companions safe.

It should be noted that driving recklessly is the biggest reason for road accidents in India. We advise our readers to stick to the speed limits and always wear a seatbelt when travelling in a car. Taking preventive measures will help you stay safe in the unfortunate event of an accident. 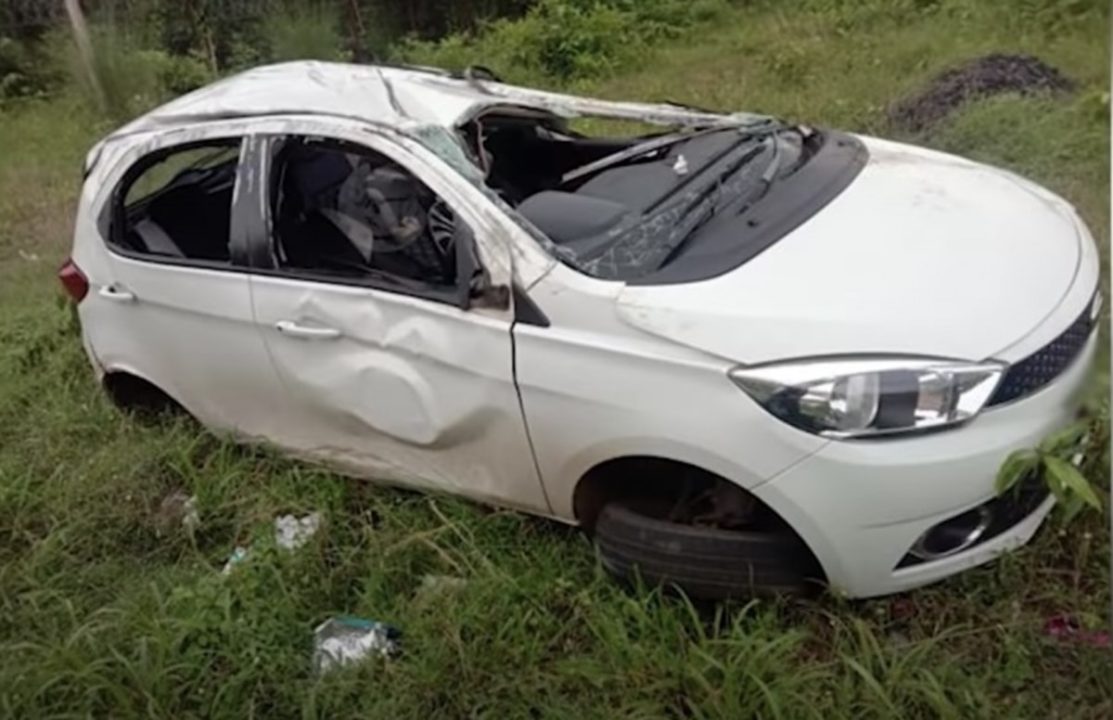 The current iteration of the Tata Tiago comes standard with a lot of safety features, like dual front airbags, seat belt reminder (front seats), speeding alert, seat belts with pre-tensioner and load limiters, rear parking sensors, and ABS with EBD. Powering the Tiago is a 1.2-litre, naturally aspirated, inline-3 petrol engine, capable of generating 87 PS and 113 Nm. There are two transmission options available with it – a 5-speed manual and a 5-speed AMT.