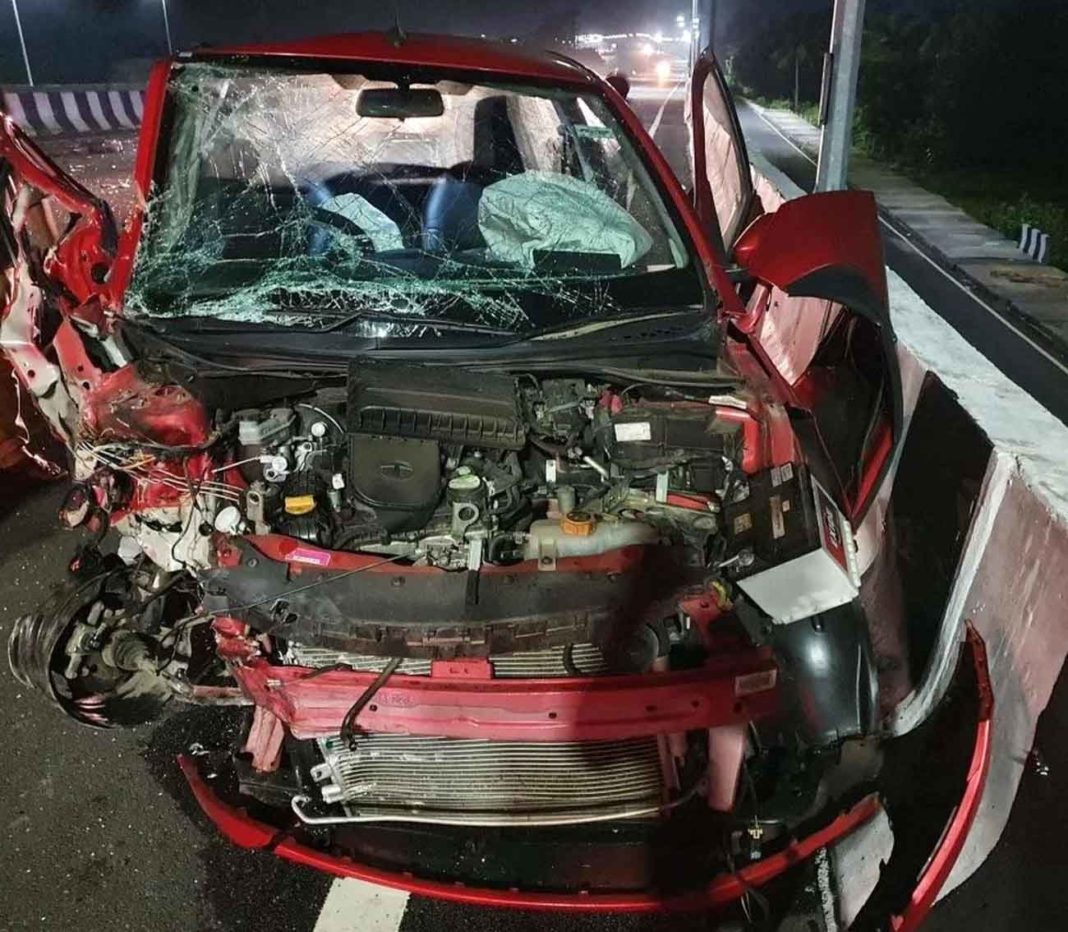 The massive head-on collision resulted in only minor bruises for the driver; pictures show the brutal impact

Narendran Chandramohan posted on Facebook about his horrific incident when a heavy truck coming in the wrong way had a head-on collision with his Tiago. Happened in the Chennai outer ring road, he acknowledged that both the airbags were deployed in the accident as the seatbelt was buckled. He further noted in his posted of having nearly no injury to his upper body.

He endured seatbelt bruise and in the lower body, his knees hit the dashboard and resulted in swelling. After taking x ray, the doctors ruled out any fractures. The images of the accident show otherwise as visually the front end had shattered and the damages to the front right side of the Tiago are rather heavy. Despite the massive impact, it is always pleasing to see the driver escaping nearly unscathed.

The accident is amongst the many instances we have seen the entry-level hatchback protecting its driver and passengers without any harmful injuries. Signifying its build quality, the Tigor/Tiago achieved four stars for adult occupant protection and three stars for child occupant protection from Global NCAP under the safer cars for India campaign.

The child seat for the three-year-old was installed with the adult seatbelt and support leg and upon collision, it was able to prevent excessive forward movement. The head area was protected and chest had fair protection as well. The Tiago received a substantial facelift earlier this year as the styling language was upgraded to Impact Design 2.0.

It is currently priced between Rs. 4.70 lakh and Rs. 6.74 lakh (ex-showroom). The Tiago is powered by a 1.2-litre naturally-aspirated petrol engine developing 84 bhp and 113 Nm, and is paired with a five-speed manual or a five-speed AMT.