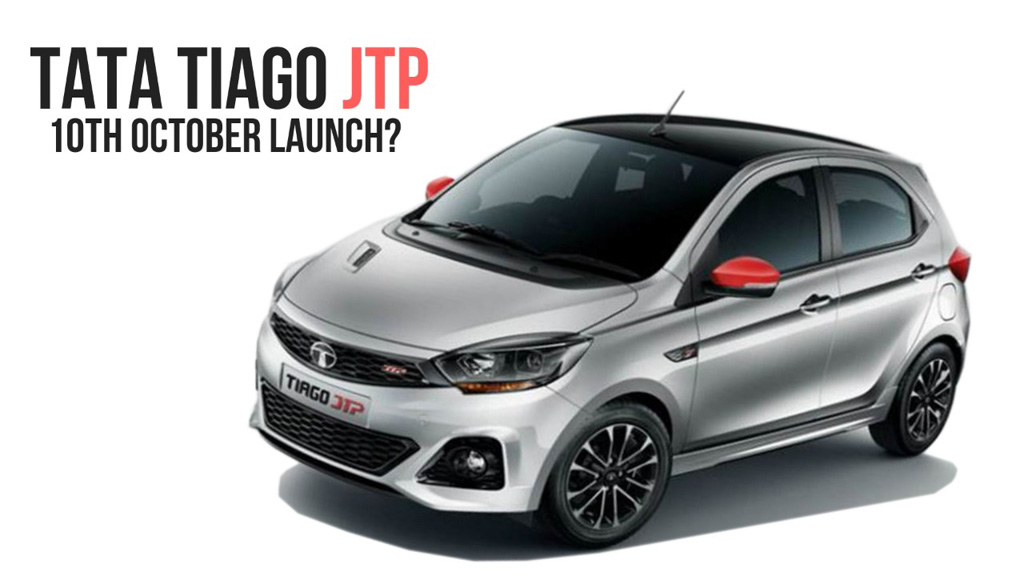 Tata Tiago JTP will become the most affordable hot hatch with a 1.2-litre turbocharged petrol engine producing 110 PS and 150 Nm

Tata Motors does not take the festive season lightly and this time around the company is preparing for “yet another exciting launch” on October 10 in New Delhi. Although the Tigor was reported to get a new variant next month, we suspect the upcoming product will be the JTP version of the best-selling Tiago.

It is clear that Tata has been trying to leverage the popularity of Tiago by expanding its offering. Having introduced the Tiago NRG cross-hatch just over a couple of weeks ago, the JTP variant could be added as the range-topping variant and become the most affordable hot hatch in the country.

Spotted testing in production form a number of times, the Tata Tiago JTP made its public premiere at the 2018 Auto Expo in February along with its sedan sibling, the Tigor JTP, which will likely arrive at a later time. The Tiago JTP is developed in partnership with a Coimbatore-based firm called Jayem Automotives.

Said to pay tribute to the famous racing circuit it was nurtured at, the Kari Motor Speedway, the Tata Tiago JTP is not a swaggered body kit with increased price tag. It has serious intentions with performance upgrades under its belt. There has been a number of mechanical updates including suspension tuning with lowered springs for better handling. 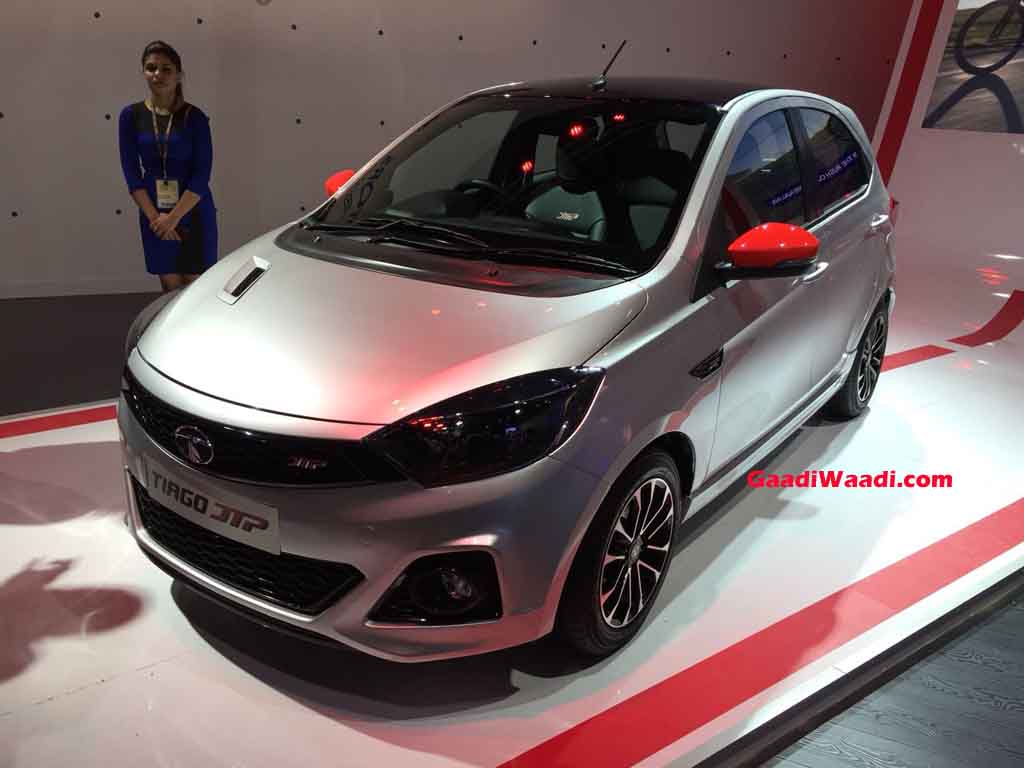 The gear ratios have been optimised for bettered acceleration while the ride height dips by 9 mm. Apart from the mechanical tweaks, the Tata Tiago JTP gains a bold exterior with aero enhancers like faux rear diffuser and bonnet vent. It also boasts a sportier front bumper and side skirts, dark highlights including smoked projectors, aggressive 15-inch diamond cut alloy wheels as well as a dual exhaust unit.

The standard 1.2-litre three-cylinder Revotron petrol engine is turbocharged to kick out as much as 110 PS at 5,000 rpm and 150 Nm between 2,000 and 4,000 rpm. Connected to a five-speed transmission driving the front wheels, the Tiago JTP makes 25 PS more power than regular Tiago. 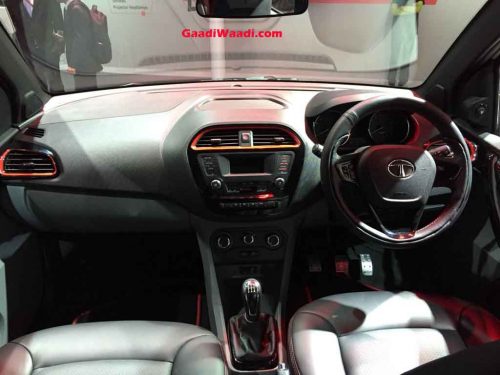 Due to the low kerb weight, it appears to have all the fun ingredients on paper. Stepping inside the cabin, the Tata Tiago JTP gets leather seat upholstery, aluminium pedals, contrast red stitching across the all black interior, five-inch touchscreen display, Harman audio and so on.

Expected to be based on the top-spec XZ trim, it could be priced at around Rs. 6 lakh (ex-showroom) – the full-spec regular petrol XZ costs Rs. 5.32 lakh (ex-showroom). It will rival as far as Maruti Suzuki Baleno RS, Ford Figo Sports and Volkswagen Polo GT TSI in terms of performance in a substantially lesser price.