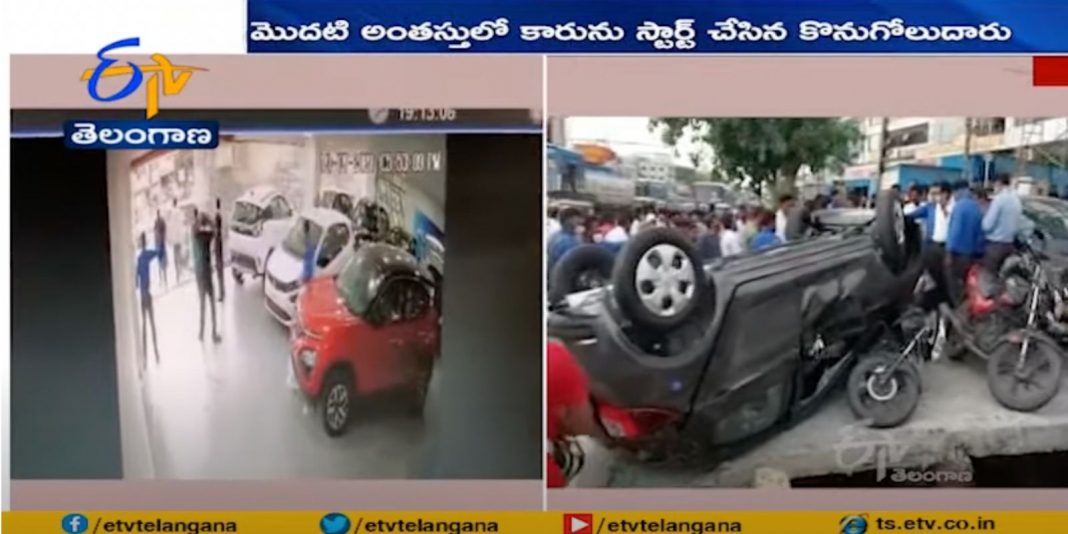 The owner of the Tata Tiago waiting to take delivery was reportedly at the wheel; the accident happened in Hyderabad, Andhra Pradesh

Tata Motors’ Tiago is one of the safest cars money could buy in the affordable space but as we often say it is down to us to drive responsibly. Since the second wave of the health crisis eased, social and economic activities have got back to normal across the country. The automotive industry is no different and the dealerships are a busy place to be due to a variety of reasons.

The resumption of the car sales meant that the customers waiting to get their products delivered and the ones waiting for auspicious days to take delivery could cause a little chaos. In a recent incident that occurred in Hyderabad, Andhra Pradesh, the owner of a brand new Tata Tiago crashed his car whilst taking delivery and that’s a mishap nobody wants to be at the receiving end of.

The incident happened at Select Cars, situated in Alkapuri Cross Road, Nagole Colony in Hyderabad. They are an authorised Tata dealer and cars can be seen parked on the ground and first floors. The recorded CCTV footage shows the car waiting to be brought down on a hydraulic ramp to the ground floor before taking delivery.

It was reported by the local media that the owner was on the driver’s seat and he might have accelerated or perhaps engaged the drive mode on in the AMT variant to cause the Tiago rolling and falling to the ground. He was reportedly injured along with another person standing in the ground taking some part of the impact and both are currently in hospital.

The Tiago involved in the accident was in upside-down state and thus it took some time for the rescue team to recover the driver and the other person involved. We do wish them a speedy recovery! By seeing the video, we cannot help but think that the accident could have been worse.

We do expect showrooms to take more action to avoid such incidents, even though it didn’t look to be their fault this time around. It is worth noting that the hatchback achieved four stars for adult occupant protection and three stars for child occupant protection from the Global NCAP crash test organisation.