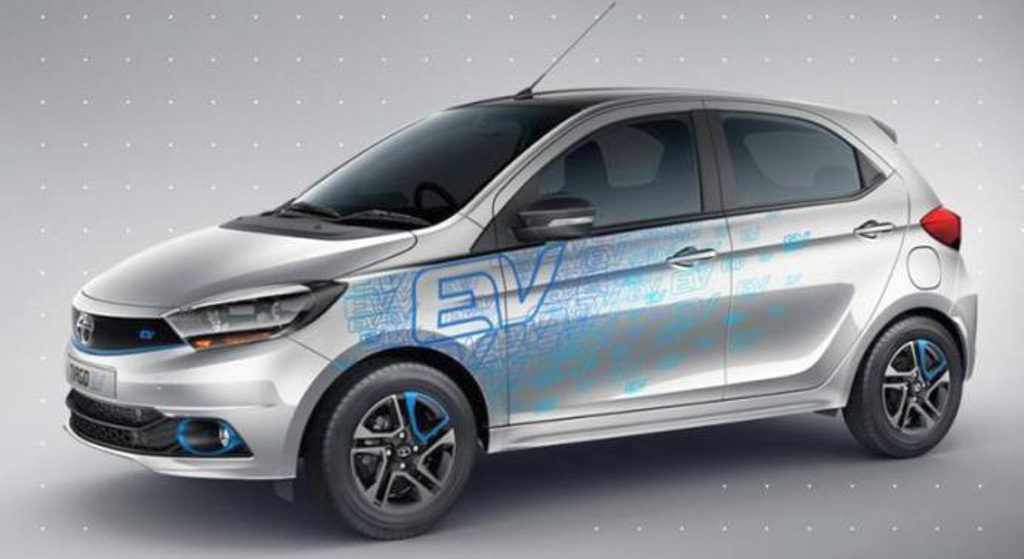 During the official launch of the Tiago NRG, Tata Motors had confirmed that it is focussing on expanding its business in electric and shared mobilities. This could mean the arrival of electrified Tiago and Tigor in the near future, following a strong basement for EV infrastructure from the Indian government in the coming years.

With the government showing increased interest in forming an EV stable, automakers are hoping to make the most out of the technology and Tata could be at the fore of it along with Mahindra and Maruti Suzuki. The Tiago EV concept was unveiled at the LCV (Low Carbon Vehicle) 2017 exhibition in Millbrook, United Kingdom in September 2017 and was developed by TMETC (Tata Motors European Technical Centre).

The concept utilises an electric motor with 85 kW (114 hp) capacity and 200 Nm of peak torque with claimed top speed of 135 kmph and 0-100 kmph in around 11 seconds. The electric powertrain is mated to a single-speed transmission sending power to the front wheels. It has similar visual appearance as the regular Tiago except for the absence of exhaust and added provision for charging.

Tata has been exploring electric solutions for several years and the Bolt EV concept was another prime example. The Tigor EV, on the hand, is delivered to state-run EESL in three different trims: Base, Premium and High in a single Pearlescent White colour option with blue decals and blue EV lettering on front grille. 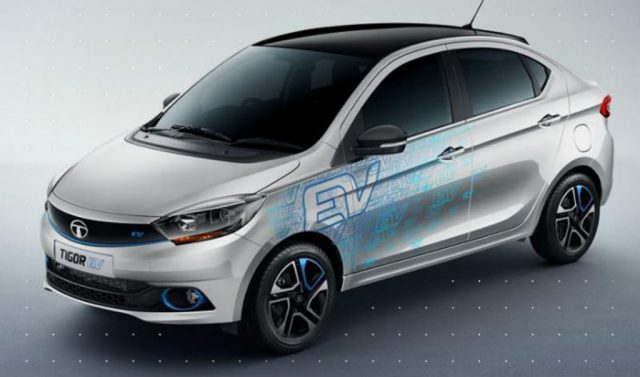 The electric Tigor comes fitted with FATC (Fully Automatic AC) and comprises of a 216 Ah 16V battery and 3-Phase AC Induction Motor with rated maximum speed of 100 kmph. The power source is paired with a single-speed automatic transmission transferring power to the front wheels and the regenerative braking system aids in munching extra miles.

It has driving range of 130 km on a single charge, and the charging time from empty to 80 percent takes just 90 minutes using fast charger. The eco-friendly Tigor takes 3 hours to get fully charged up using normal charger.

Tata is positioning the Zest and Bolt to appeal for fleet operators or shared mobility segments while plans are in place to launch the EV version of Tiago and Tigor for private buyers – besides catering for bulk buyers under ‘One Tata’ umbrella.