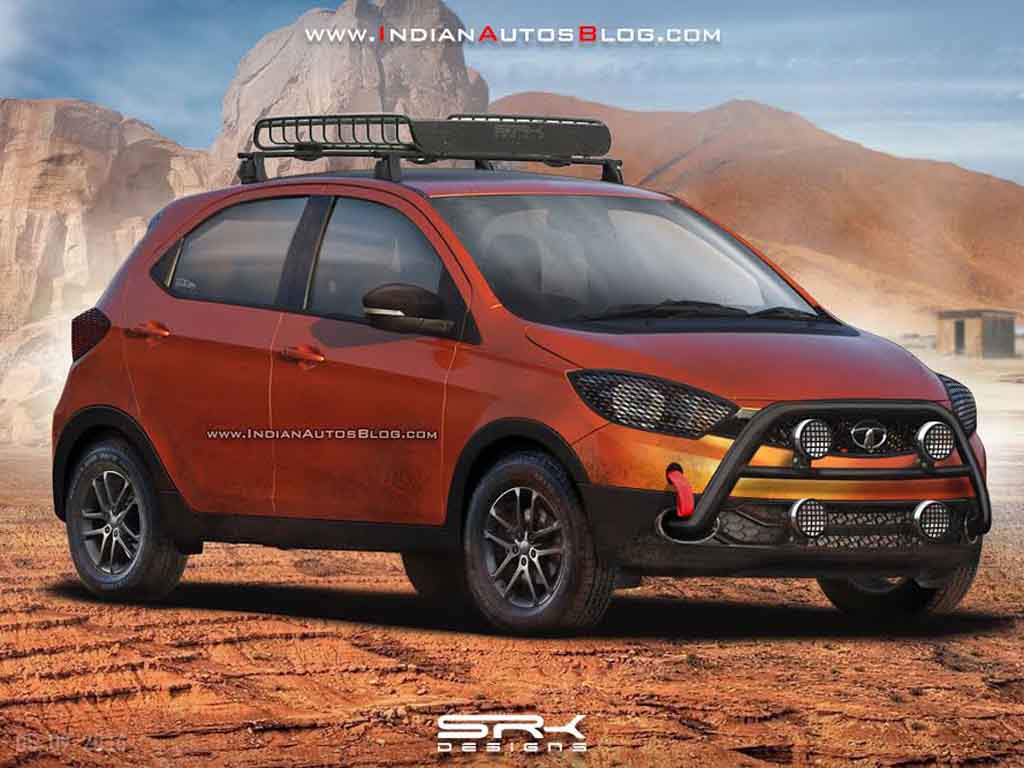 Tata Tiago has brought a fresh air in the compact hatchback segment in Indian market, when it launched in the country earlier this year. The car comes donning a sporty appearance, and Tata Motors also offers an Aktiv body kit for the hatchback. Meanwhile IAB has published a speculative rendering of the Tata Tiago Cross, which represents the car in a more aggressive and sportier avatar.

The Tata Tiago Cross looks like it can take the rugged and muddy roads easily. The car sports mesh covers for the headlamps, couple of high intensity lamps right in front of the radiator grille. The piano black finished front grille and the wide air intake also comes donning an aggressive appearance. It gets a thick black cladding at the lower body, which gives it a perfect crossover look. At the side profile the car comes with body cladding, side skirts, roof rack, new design sporty looking gun metal alloy wheels and meaty tyres. At the rear fascia too, the car sports mesh cover for the taillights and the rear bumper also comes in a revised appearance. So far, the car looks appealing and a perfect for those who look for a rugged looking off-road worthy hatchback at low budget.

Presently Tata Tiago Aktiv body kit comes as a dealer level arrangement available at a price tag of Rs. 35,000. Reports also suggest that, Tata Motors have been planning to sell a completely built Tata Tiago Aktiv as well. The Tiago was first unveiled in late 2015, and after quite some delay the car was launched earlier this year. It comes following the IMPACT design language, which is implemented in several Tata Motors cars.