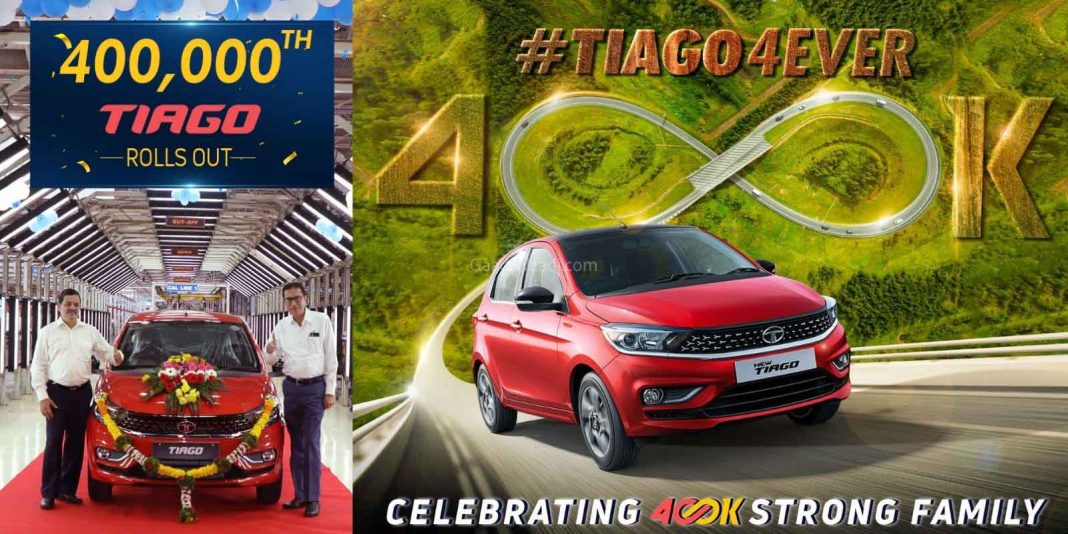 The 4,00,000th unit of the Tata Tiago has been rolled out of the brand’s Sanand facility in Gujarat; currently offered in a total of 14 variants

Tata Motors has today announced that the Tiago compact hatchback has reached a sales milestone of four lakhs. The 4,00,000th unit has been rolled out of the brand’s Sanand facility in Gujarat. As part of the celebration, Tata has introduced the #Tiago4ever celebration with its employees and customers across its offices, customer touchpoints and production plants.

The Tiago can be credited with turning the tide towards Tata Motors’ favour with a new brand image and perception. The five-seater kick-started the Impact Design philosophy upon its arrival in early 2016 and is one of the safest entry-level hatchbacks money can buy with a Global NCAP safety rating of four stars and it also spawned a sedan variant in the form of Tigor.

The company says the Tiago has grabbed more than 30 awards over the years and is available in the regular Tiago and Tiago NRG specifications across 14 different variants. Speaking of the achievement, Rajan Amba, Vice President, Sales, Marketing and Customer Care, Tata Motors Passenger Vehicles Ltd. said: 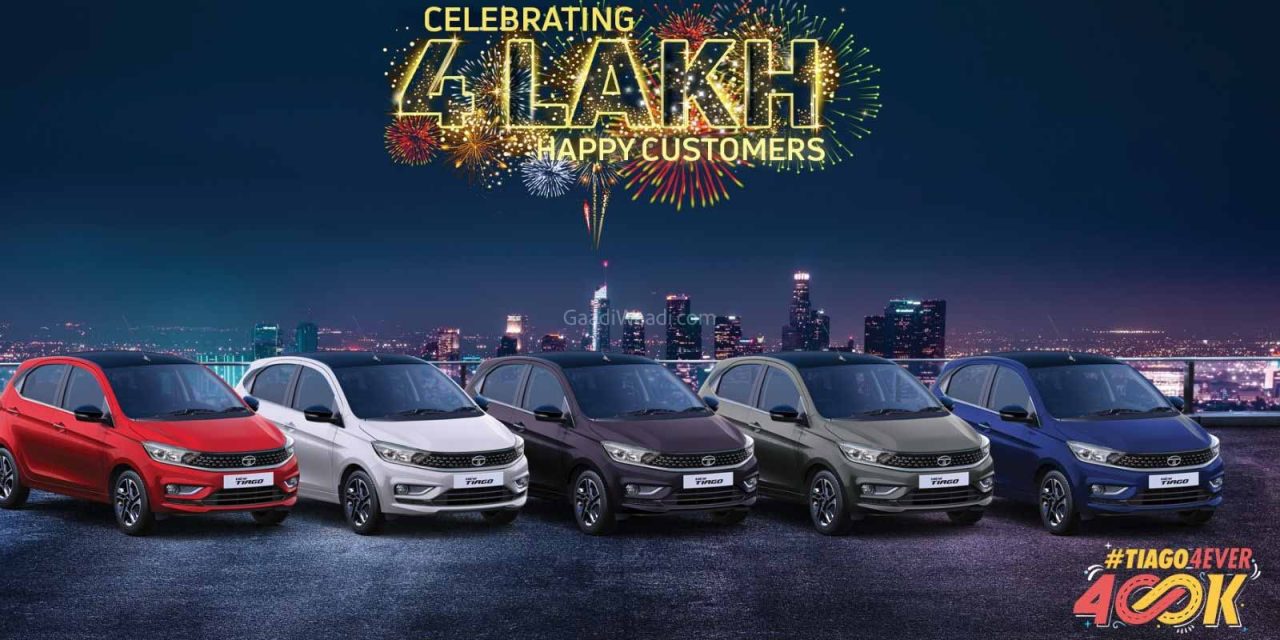 “This is indeed a historic milestone for Tata Motors as Tiago is the first car to complete this milestone in a short span. Tiago has been a key product in our Turnaround 2.0 strategy and since its launch has been successful in grabbing a sizeable market share in the most crowded segment in the auto industry.”

The brand further noted that more than 60 per cent of total sales is generated from first-time customers and it commands a market share of 19 per cent in its segment. It is powered by a 1.2-litre three-cylinder Revotron petrol and recently the CNG variant was introduced to expand its lineup.