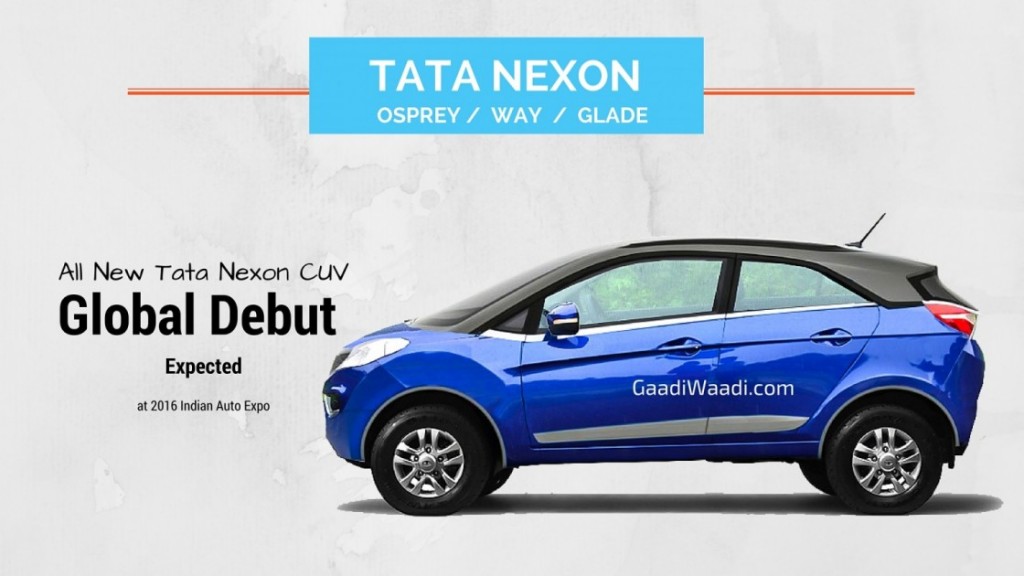 Tata is making sure they go haywire at the Auto Expo 2016 as they ready with a huge of new vehicles from stable hitting the Auto Expo floor very soon. Apart from existing models and recently showcased and not launched models will come to the floor as well. The other cars will be concept, versions, special editions in total that will complete the large stall and looks like the highest amount of vehicles shown by any passenger car maker.

The Tata Kite sedan is essentially a compact sedan based on the Tata Zica is the number and most highly awaited car that will showcased for the first time in production version. The compact sedan will come under the popular Tata Zest in Tata’s lineup. Mechanically, the car will have same engines as the Zica, but we expect a power bump and minor issues of Zica to be sorted out till it comes out. All engines will be paired to manual and automatic transmission. The Tata Bolt Sport is coming back again at the Auto Expo which was showcased at the International Auto Expo’s. The car featured will have the 1.2-liter four-cylinder Revotron turbocharged engine with 120 BHP and 170 Nm of torque. The Bolt Sport will have 17-inch alloy wheels, a body kit, wider tyres and many more options to choose from.

The SUV lineup, which the brand confirms for an official entry will be the Tata Nexon and the Tata Safari Storme Tuff edition along with the Hexa. When launched, Hexa will be powered by a 2.2-liter four-cylinder VARICOR diesel engine paired to 6-speed manual and automatic transmissions and have highest power and torque figures and mechanically have the ladder on frame chassis. The Tata Nexon will get engines from the Zest and the Bolt which means the Turbo petrol and Turbo diesel Mulitjet engine and should be same tune of power as well. 1.5 diesel engine can be seen on the Nexon as well.