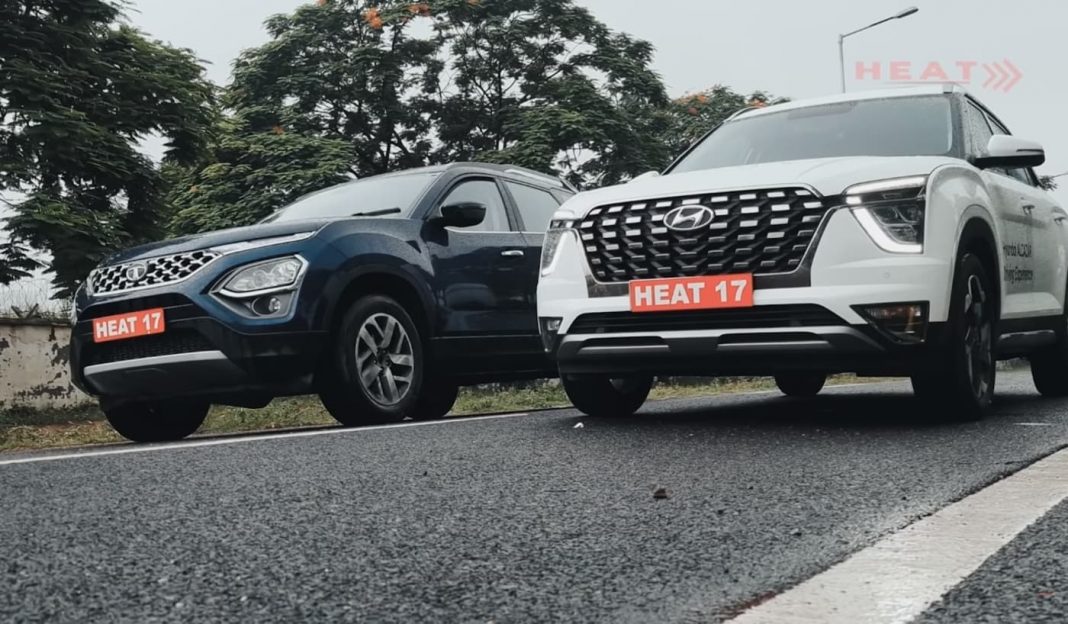 Tata Safari and Hyundai Alcazar were both launched this year in the Indian market, and here, we have a drag race video of the two

In the Indian market, the popularity of SUVs is on a steady rise, including 7-seater SUVs. Tata Safari was launched in February this year, and in June, Hyundai Alcazar went on sale here. Both SUVs are brilliant family cars, offering good space and plenty of equipment, and are currently enjoying a fair amount of success in our market.

On paper, there is a significant gap between the engine specs of the Safari and Alcazar. If you’re wondering how that would translate to real life, then you’ve come to the right place! Here, we have a video of a drag race between a new Tata Safari and a Hyundai Alcazar, posted by HEAT 17. The result of the race, however, was not at all surprising!

At the start, the Safari pulls strongly off the line, and once it enters its powerband, it simply powers through the course. The Alcazar also had a decent start, but as the race continued, it was left behind. The Tata completed the drag race in 18.92 seconds, while the Hyundai took 20.32 seconds for the same, which is a rather huge difference.

Tata Safari gets a 2.0-litre turbo-diesel engine under the hood, sourced from FCA, which develops 170 PS and 350 Nm. The same engine also powers the Jeep Compass diesel. It is available with a choice between a 6-speed manual and a 6-speed torque-converter automatic gearbox.

As for Hyundai Alcazar, it is available with two engine options – a 2.0-litre NA petrol (159 Nm/191 Nm) and a 1.5-litre turbo-diesel (115 PS/250 Nm). Transmission options include a 6-speed MT and a 6-speed AT, available on both engines. The one in the above drag race was the diesel version. 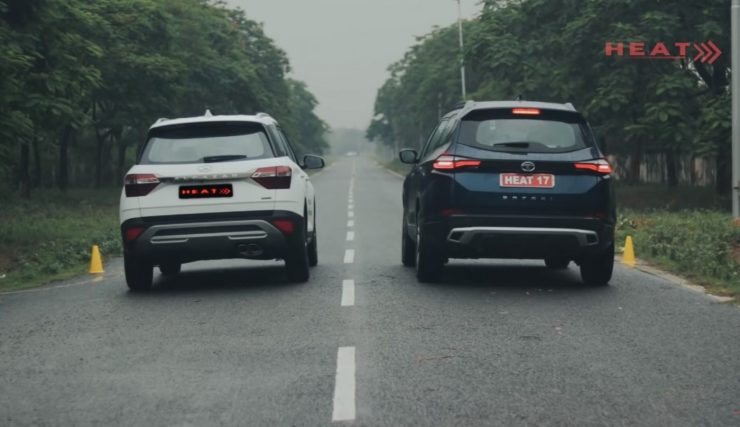 Also, the host of the video points out that the track was wet during the race, and the Alcazar’s smaller wheels (this particular variant) lost traction off the line. It should be noted that the race was performed on a closed section of a road, devoid of any traffic. Such antics must never be performed on public roads with traffic, as it could cause harm to other road users or oneself.