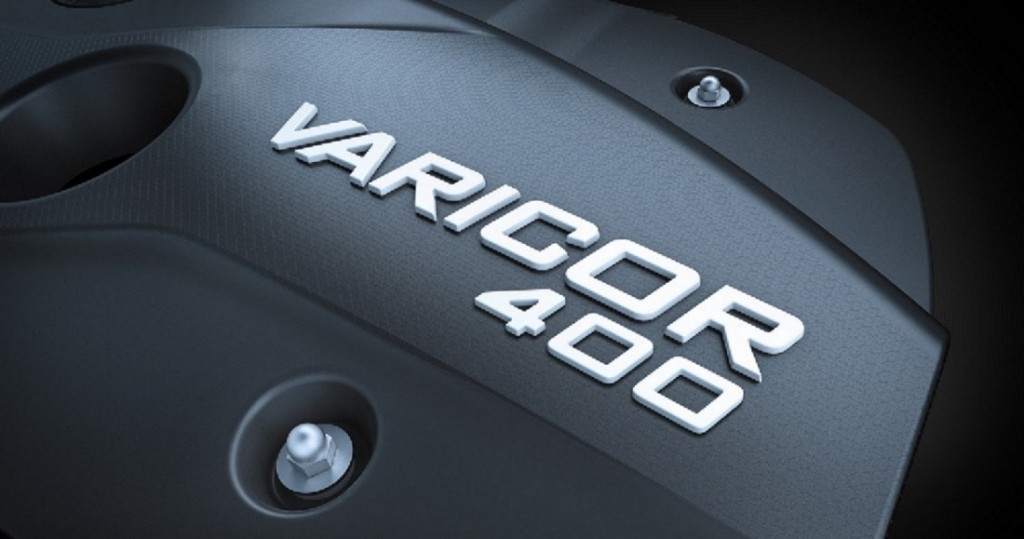 As we reported earlier, the Tata Safari Storme VARICOR 400 has been launched with a slightly powerful 2.2-litre diesel engine mated to an all-new six-speed manual transmission with a substantial increase in peak torque.

Whilst it will be available only on the high-end VX trim without any interior and exterior modifications, except for the added VARICOR 400 badge obviously, the 25% hike in torque meant the SUV can now reach 100kph from standstill in 12.8 seconds – one second faster than the existing model. The 2015 facelifted Tata Safari Storme was launched in July this year and received styling as well as mechanical updates. On the inside, features like reverse parking sensor, Harman audio system with USB, AUX and Bluetooth connectivity, steering wheel with multi-functional buttons and centre armrest for rear occupants were added on the flagship SUV. Revisions to 2.2-litre 150hp engine included an updated clutch.

Spyshots of the VARICOR 400 badged Tata Safari Storme earlier without any camouflage suggested that the tuned G6450 2.2-litre turbo diesel engine that appeared on Tata Hexa concept at the 2015 Geneva Motor Show will be used as power source and it has been the case. The five-speed gearbox was ditched for an all-new six-speed transmission to make do with the 155 BHP @4000rpm and 400 Nm of torque @1750-2500rpm the engine produces.

Compared to the current model, it will have only seven more BHP but what matters is the surge in torque numbers to 400Nm at an increase of 80 more torques courtesy of the tuned up engine with a more responsive clutch. The new transmission and the beefed up torque figure will assist in driveability and city cruising. Offered in the top-end VX trim, no exterior and interior modifications seem to accompany the updated engine that powers the upcoming seven-seater Tata Hexa MPV as well. The standard Safari Storme will stick to its existing roots of five-speed manual transmission.

The Tata Safari Storme is priced at Rs. 9.99 lakhs and goes as high as Rs. 14.42 lakhs for the top-of-the-range model (ex-showroom, New Delhi). It finds competition from Mahindra Scorpio, Mahindra XUV 500, Hyundai Creta, Renault Duster and Nissan Terrano. The new Safari Storme VX with VARICOR 400 engine, with power and torque numbers to crunch down rivals, has been priced at Rs.13.52 lakhs.