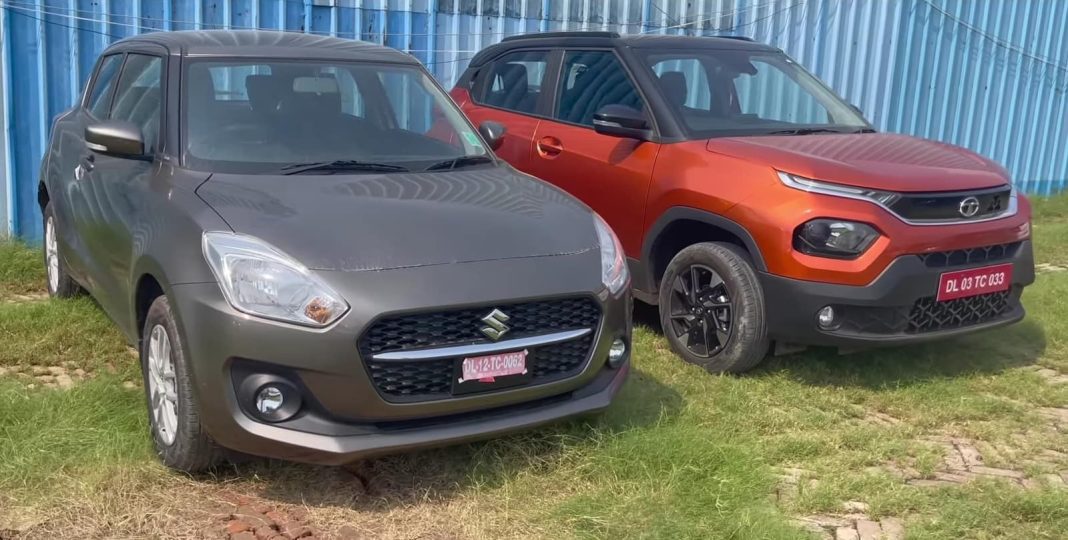 Here, we have a detailed walkaround comparison of the soon-to-launch Tata Punch and one of the most popular hatchbacks in India, Maruti Swift

Tata Motors will be launching the Punch micro-SUV in India on October 20. This upcoming model will go up against the likes of other crossover-style hatchbacks, like Mahindra KUV100 NXT and Maruti Ignis, while also competing with a few mid-level hatchbacks like Maruti Swift, Hyundai Grand i10 Nios, etc. Well, we recently got our hands on a Tata Punch, and we decided to pit it against the Maruti Swift.

In our exclusive video below, it can be seen that in terms of presence, the Tata takes the cake, thanks to its taller stance and sharp front fascia. It gets vertically split headlamps and shapely wraparound taillights. It also gets black plastic cladding all around and faux roof rails, giving it a rugged touch.

The Swift, on the other hand, has a conventional design. It gets bulbous headlamps and taillamps, along with a sleeker but simpler design. It looks great, especially after the facelift earlier this year, but this design has been around for quite a while and it isn’t as exciting. Interestingly, both the Swift and Punch have rear door handles integrated into the C-pillars.

The interior design of the Punch is inspired by its elder sibling, the Nexon, and it looks quite upmarket. The Swift has a sporty and stylish cabin design, with a slight driver-centric approach. The space on offer isn’t better on either of the two; both vehicles have decent interior space, even for tall people. That said, the Punch has a small advantage due to its taller stance and flat floor at the rear. 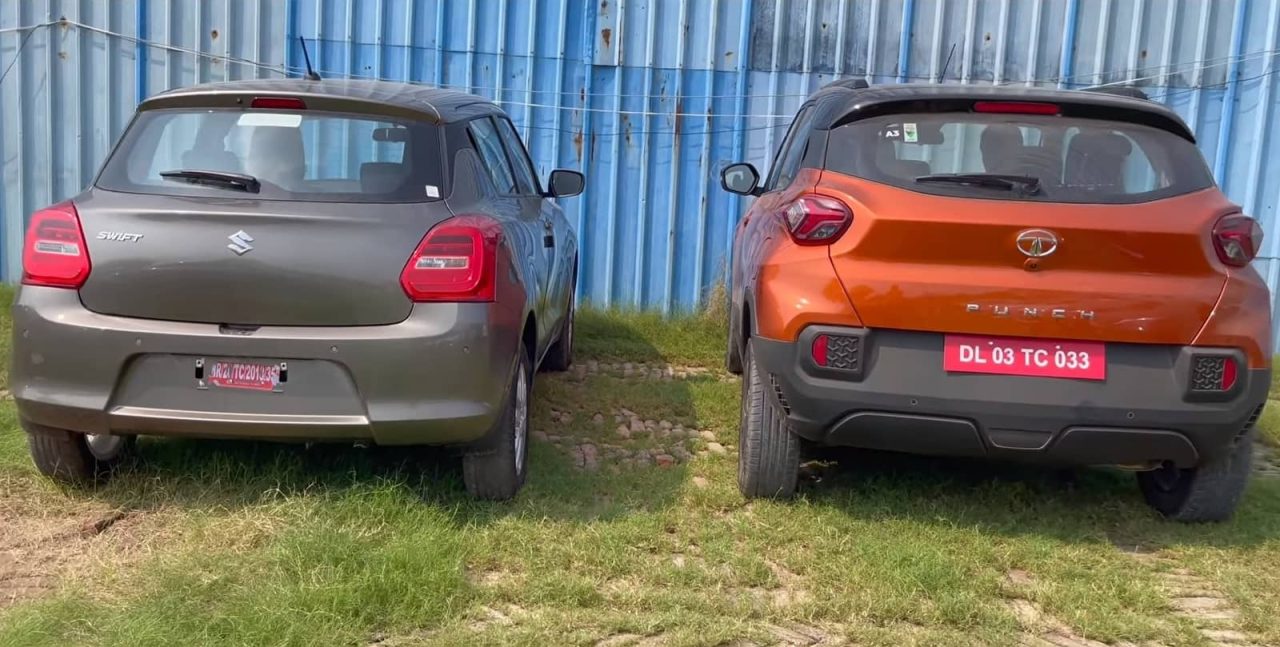 The boot space is way better in the Punch, and it also has more equipment on offer (on the top variants). Both vehicles come standard with an idle start/stop system, to improve fuel economy. The price of Maruti Swift varies from Rs. 5.85 lakh to Rs. 8.67 lakh (ex-showroom, New Delhi). As for Tata Punch, its price is expected to start at around Rs. 5.5 lakh.