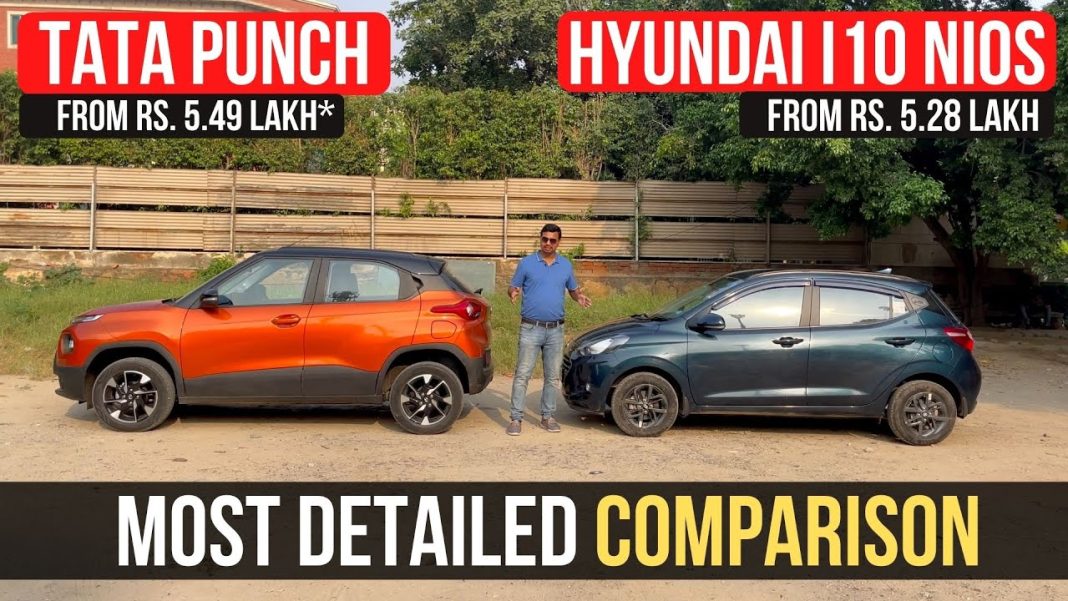 Check out our detailed walkaround comparison of the upcoming Tata Punch and one of its biggest rivals in India, the Hyundai Grand i10 Nios

Tata’s new micro-SUV, the Punch, is all set to launch in the Indian market on October 20. The upcoming vehicle is expected to become the best-selling model in the manufacturer’s line-up soon after launch. We recently got to experience Tata’s forthcoming micro-SUV, and we decide to compare it with one of its closest rivals – Hyundai Grand i10 Nios – to see which of the two is the better deal overall.

The Punch has a rugged yet sporty design, reminiscent of Tata Harrier. It gets a vertically split headlamp design, along with a muscular black bumper. It also gets black plastic cladding all around, dual-tone 16-inch alloy wheels, sharp-looking LED taillights, and faux roof rails. The rear door handles are integrated into the C-pillars, which is a brilliant design detail.

The Grand i10 Nios has aggressive styling, with angry-looking headlamps and a gaping wide grille (with boomerang-shaped LED DRLs) adorning the face. It also gets 15-inch blacked-out alloy wheels, faux roof rails, and conventional taillights. In terms of road presence, the Tata inches ahead of the Hyundai.

Tata Punch has an upmarket cabin design, inspired in part by the Nexon. The space on offer is decent even for tall people, and the front seats offer a proper SUV-like feel, thanks to the tall stance of the car. The Hyundai hatchback also has a brilliant interior, but compared to the Punch, it doesn’t feel as spacious, especially at the rear. The boot space is also better in the Tata.

Tata Punch comes with a 1.2L inline-3 petrol engine under the hood, which belts out 86 PS and 113 Nm. There are two transmission choices available – a 5-speed manual and a 5-speed AMT. Idle start/stop system is offered as standard, to help improve the fuel economy of the car. 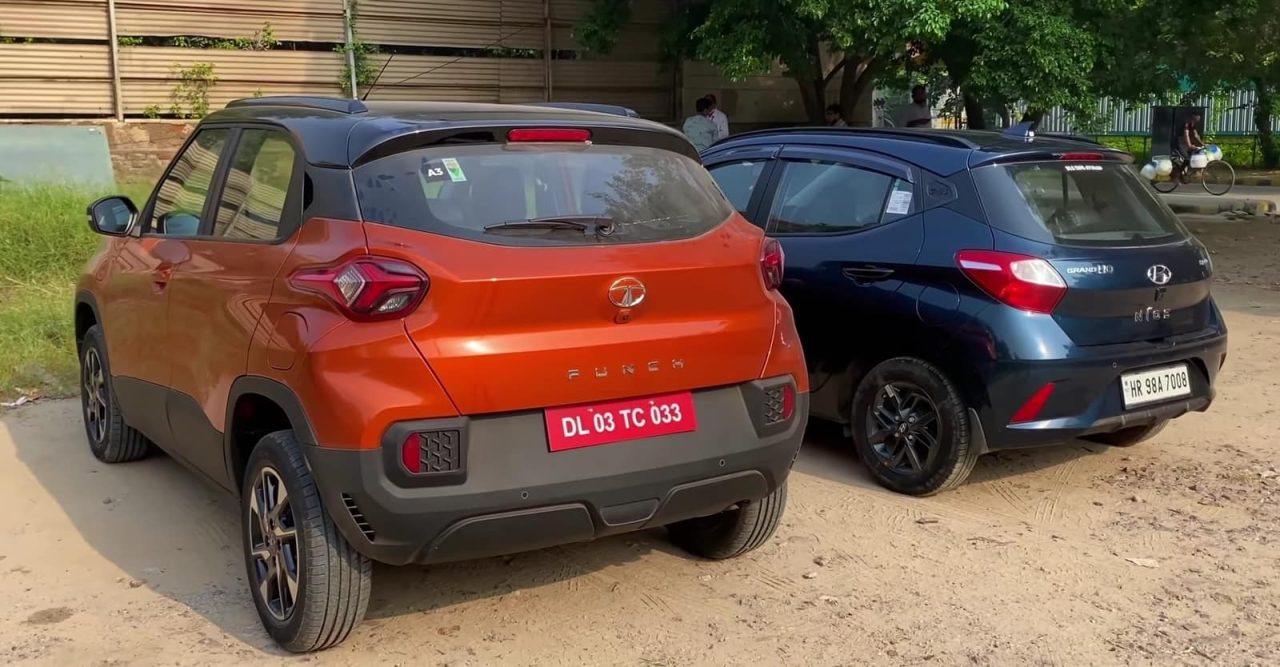 Hyundai Grand i10 Nios is currently priced from Rs. 5.28 lakh to Rs. 8.50 lakh (ex-showroom, New Delhi). As for Tata Punch, it is expected to have a starting price of around Rs. 5.5 lakh. The Hyundai has more engine options available, but the Tata offers slightly more features and better space.