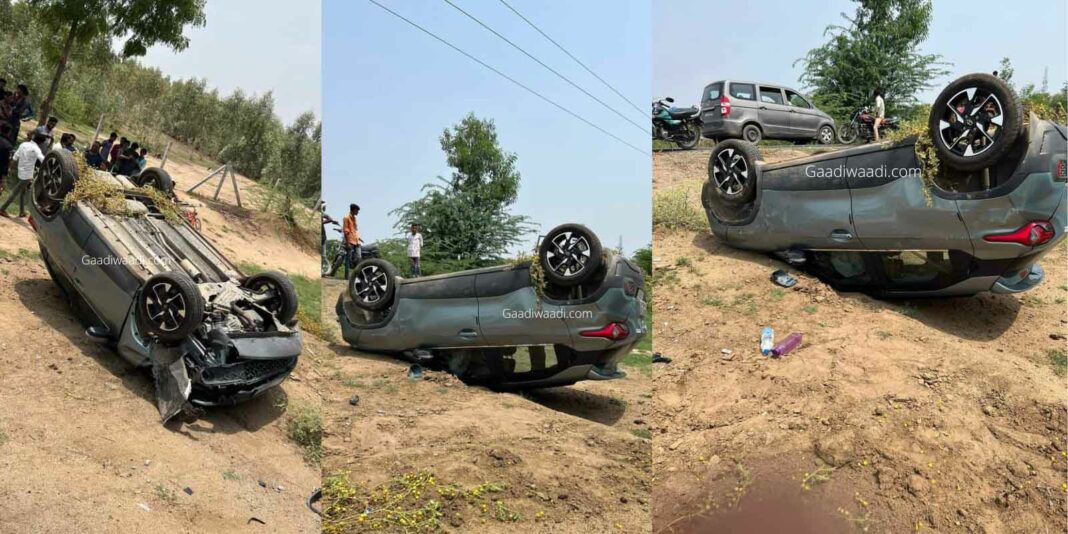 An owner of a Tata Punch micro SUV shared pictures of his big accident on Tata Punch Club. He said, “I did not face a single scratch on my body after having such a big accident. If I didn’t have a Tata Punch, I wouldn’t be alive today.” While he did not go specifics into what happened or the whereabouts of it, the accident itself shows how badly the vehicle is damaged.

It looks to have taken multiple rolls before coming to a halt but then again, if the owner shared the details of the “big” accident, it would have been easy for everyone to understand what really went down. Tata Motors introduced the Punch micro SUV late last year and it has been well received amongst customers due to a number of reasons.

It has emerged as one of the consistent sellers for the homegrown auto major and in recent months, it has regularly featured in the top ten monthly sales table as well and within the brand’s domestic range, it is the second best-selling model as its bigger sibling, the Nexon compact SUV, leads the way with impressive numbers in recent months. 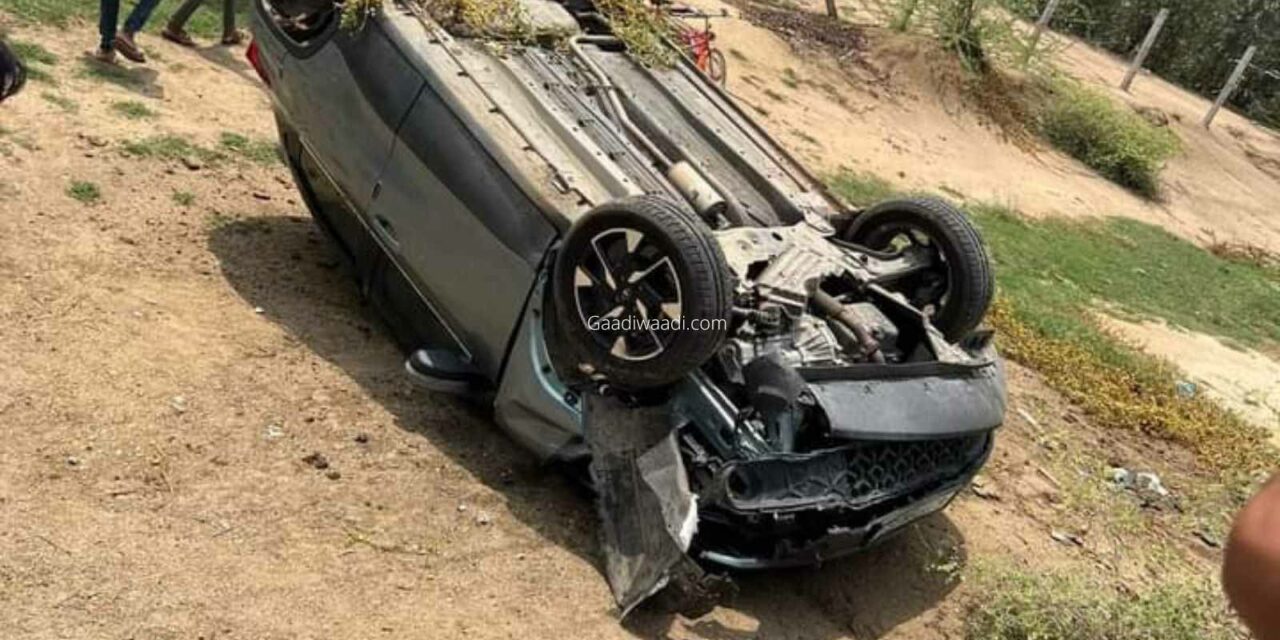 One of the primary reasons for people buying the Tata Punch is its solid build quality as the five-seater has a Global NCAP safety rating of five stars. It is the second model underpinned by the ALFA (Agile Light Flexible Advanced) platform after the Altroz premium hatchback and is positioned below the Nexon in the lineup.

The Tata Punch is currently priced between Rs. 5.93 lakh and Rs. 9.49 lakh (ex-showroom) and is sold in an expansive range. It is powered by a 1.2-litre three-cylinder Revotron petrol engine churning out a maximum power output of 86 hp and 113 Nm is used and is linked with a five-speed manual transmission as standard or a five-speed AMT.

It is also equipped with an idle start/stop tech with Traction Pro mode for the AMT variant to help in tackling off-road conditions. It scored five stars for adult occupant protection and four stars for child safety, making it the safest car on a highly affordable budget.