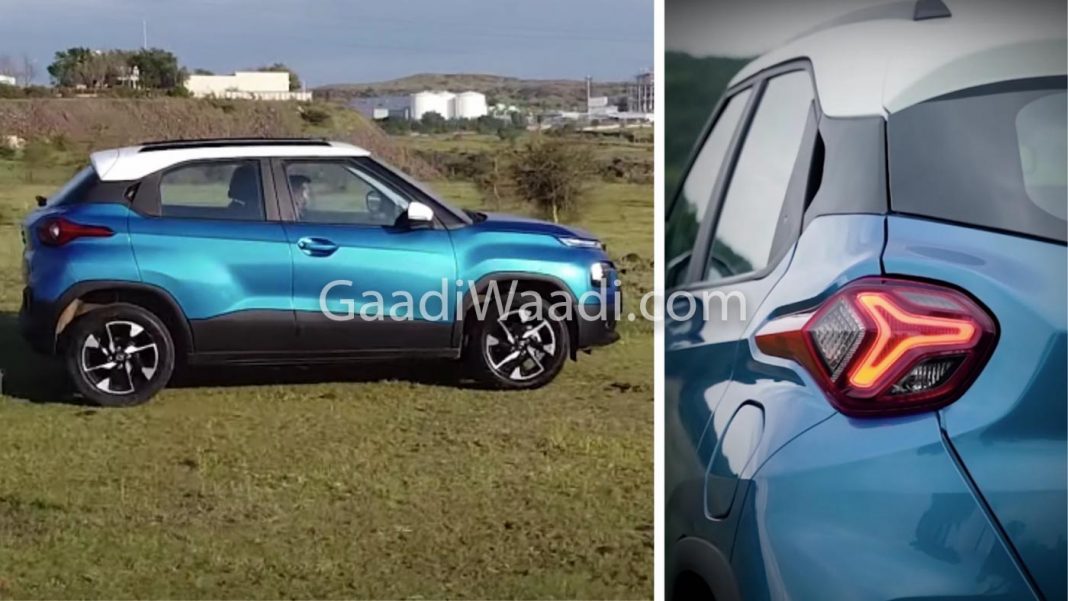 At the 2020 Auto Expo last year, Tata Motors showcased a micro SUV concept, called the HBX at that point. Since then, we have been eagerly waiting for the manufacturer to introduce its most affordable SUV. Tata went on to announce the official production name of the HBX concept to be Punch, while also releasing its pictures.

In order to build more excitement, the homegrown automaker has now released a new teaser video of the Punch, showing off its off-roading capabilities. While the Punch will obviously not be a pure off-roader, Tata claims that the car will ‘Pack a Punch’ on every terrain.

The video also reveals the blue paint scheme that will be offered with the Punch, as well as the dual-tone treatment white roof – which could be optional. Tata recently revealed that the micro SUV will be launched around this festive season, while bookings of the car have already begun at the dealership level.

Upon arrival, the Punch will replace the Nexon as the most affordable SUV in Tata Motors’ Indian portfolio. The Tata micro SUV will directly rival the likes of the Maruti Suzuki Ignis, as well as the Mahindra KUV100, while could also face competition from the Nissan Magnite and Renault Kiger considering their aggressive price tag.

Under the hood of the Punch will be a 1.2-litre three-cylinder petrol engine that produces 86 PS of max power and 113 Nm of peak torque. The transmission duties will be taken care of by a 5-speed manual gearbox, as well as an optional automatic. Speculations also suggest that the turbocharged version of this engine, currently on offer with the Altroz iTurbo, could also be included.

The features on offer with the Punch will include a free-standing touchscreen infotainment system with smartphone connectivity, a three-spoke multi-function steering wheel with audio, telephone, and cruise control switches, a semi-digital instrument cluster featuring a 7-inch colour display, push start/stop button, as well as first-in-class drive modes.