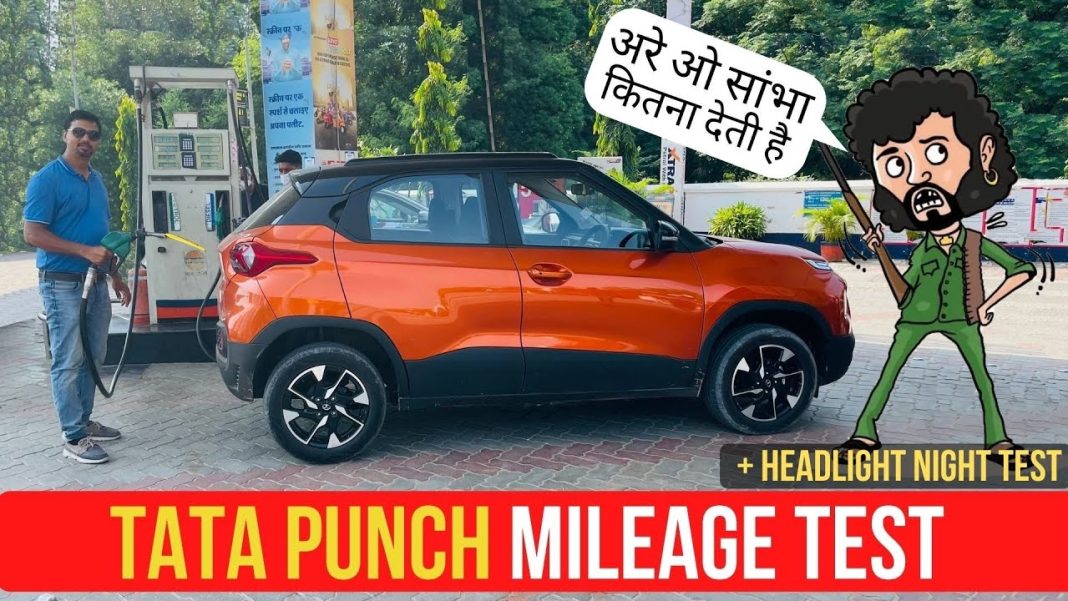 Tata Punch is powered by a 1.2-litre NA petrol engine developing 86 PS maximum power and 113 Nm and is paired with a five-speed MT or an AMT

Tata Motors will officially unveil the prices of the Punch on October 20, 2021, and its bookings are already open across authorised dealerships. Fresh off driving it, here we give you our detailed first impressions on the highly anticipated micro SUV. The video does not just give you our opinion but we have gone further to usher in a mileage test as well.

We drove for 102.9 kilometres in total and the Tata Punch consumed 6.25 litres of fuel and we used City drive mode for 80 per cent of the time on highways and 20 per cent in Eco. The Tata Punch comes with Traction Pro mode, which gives it a solid ability to go off-roading and our video demonstrates the same across different surface conditions.

The five-seater is the second model based on the ALFA (Agile Light Flexible Advanced) platform and it helps in offering a planted driving experience. By being an SUV, it feels heavier than Maruti Suzuki Swift, Maruti Suzuki Ignis, Hyundai Grand i10 Nios, and even its sibling Tata Tiago. The Punch derives power from a 1.2-litre three-cylinder naturally-aspirated Revotron petrol engine.

The powertrain develops a maximum power output of 86 PS and 113 Nm of peak torque and is mated to a five-speed manual transmission as standard and a five-speed AMT is offered as an option. As the speeds climb, the flat-bottom steering wheel gets heavier but it feels very light in idling conditions and at low speeds. While the engine feels underpowered on paper, it is not necessarily the case in the real world.

In fact, the Tata Punch’s powertrain is more powerful and torquier than that of the entry-level Nissan Magnite and Renault Kiger and it gives a very practical appeal with good frugality for an affordable mass-market focussed model. The Tata Punch is position below the Nexon in the brand’s SUV portfolio and its interior fit and finish is on par with the sub-4m SUVs.

Moreover, the NVH levels are well contained and the legroom, as well as the headroom at the rear, is just adequate for six feet passengers. Another highlight of the Tata Punch is its segment-largest bootspace of up to 366 litres and the cabin has several commonalities with Altroz as the seven-inch TFT, touchscreen infotainment system, steering wheel, AC controls, etc are shared to keep the production costs down. For a more in-depth look, check out our video linked above!