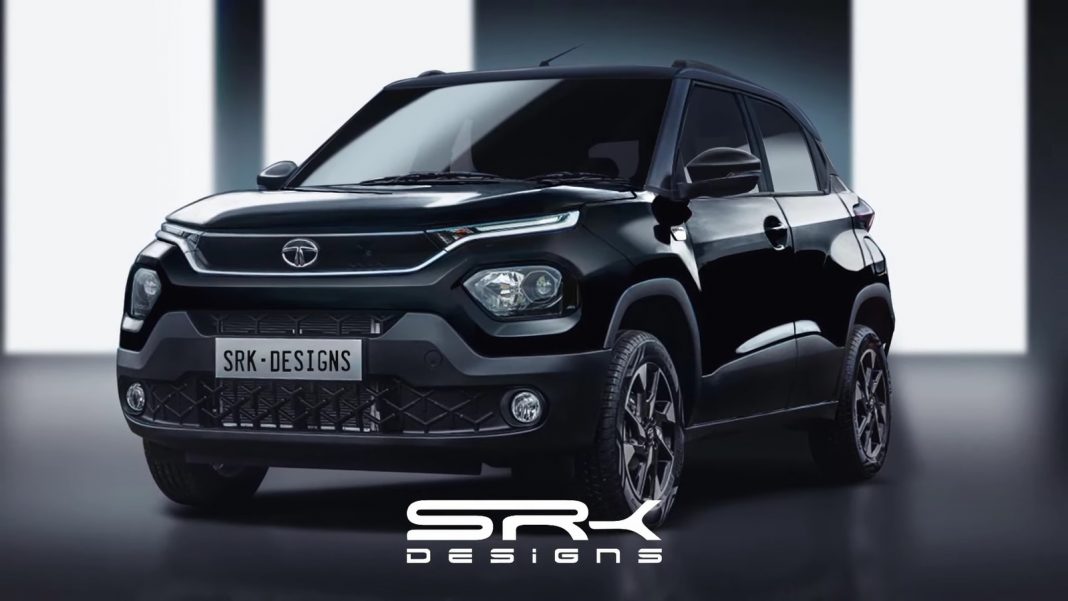 While we’re waiting for Tata Punch to launch in India, SRK Designs has created an unofficial digital rendering of the vehicle’s Dark Edition version

Tata Motors recently took the veils off its upcoming micro-SUV, named ‘Punch’. Tata Punch is the production version of the HBX concept, and it is set to launch in India around the Diwali season. Even before going on sale, people are already wondering what this forthcoming model would look like in its Dark Edition avatar!

Digital artist Shoeb R. Kalania has created a digitally rendered image of the Tata Punch Dark Edition. The most obvious change is the Gloss Black paint scheme, which looks great on this vehicle. The stock ORVMs have a dual-tone white and black finish, but here, they’ve been completely blacked out. The white roof has been painted black as well, to complete the look.

This Dark Edition model also gets a ‘Dark’ badge above the front fender, just like the existing Dark Edition Tata cars. The alloy wheels, however, retain their stock dual-tone finish. Only the front three-quarter section of the vehicle has been rendered here, as the manufacturer has officially unveiled only that portion so far. We expect a complete design reveal to happen very soon.

The front fascia of the Punch is quite attractive, thanks to its Harrier-inspired split headlamp setup. The vehicle also gets a large front bumper, featuring a prominent airdam with tri-arrow mesh. To add a rugged touch, black plastic cladding has been added all around, and a pair of roof rails are also present.

The forthcoming Tata Punch is expected to be powered by a 1.2L NA petrol engine, with 86 PS and 113 Nm on tap. The same motor does duty on the Tiago, Tiago NRG, Tigor, and Altroz. Other than that, the higher trims of the Punch could get the option for a 1.2L turbo-petrol engine (110 PS/140 Nm), the same as the Altroz i-Turbo. 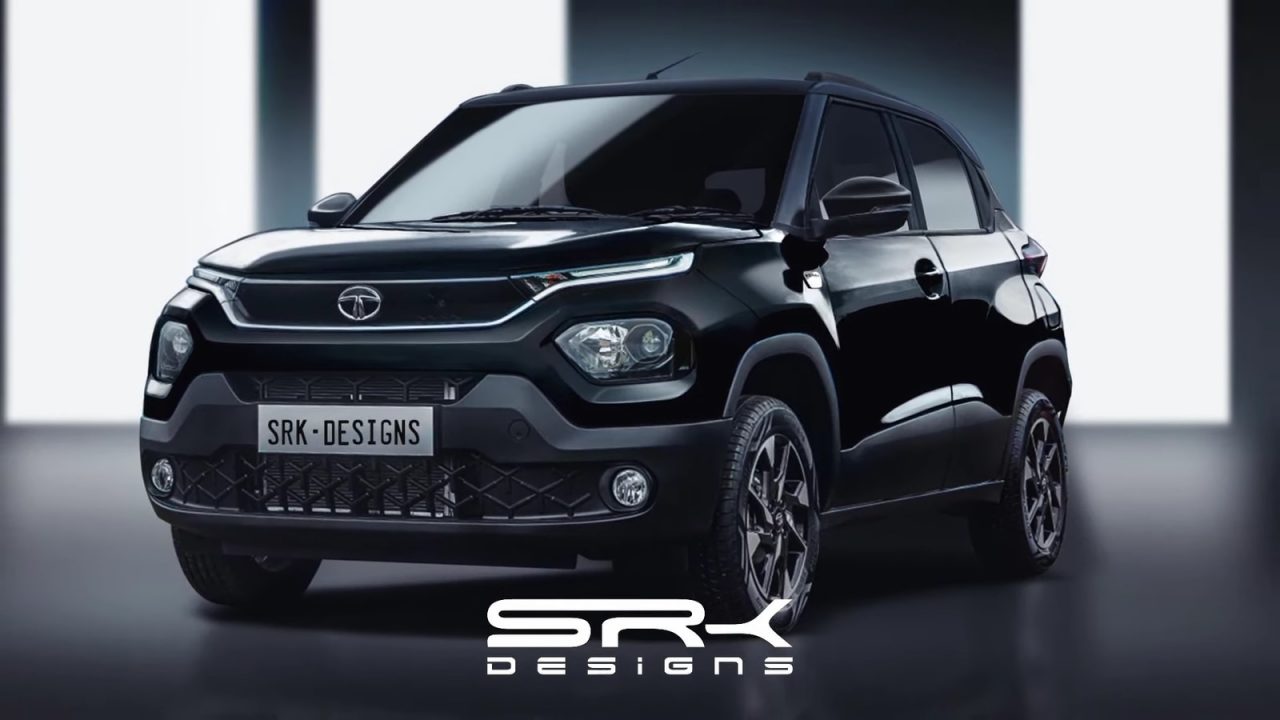 A 5-speed manual transmission will be offered as standard, and we expect an automatic gearbox option to be available as well. Upon launch, Tata Punch could have a starting price of around Rs. 5 lakh (ex-showroom), and it will compete with the likes of Maruti Suzuki Ignis, Mahindra KUV100, Ford Freestyle, and the upcoming Hyundai Casper.