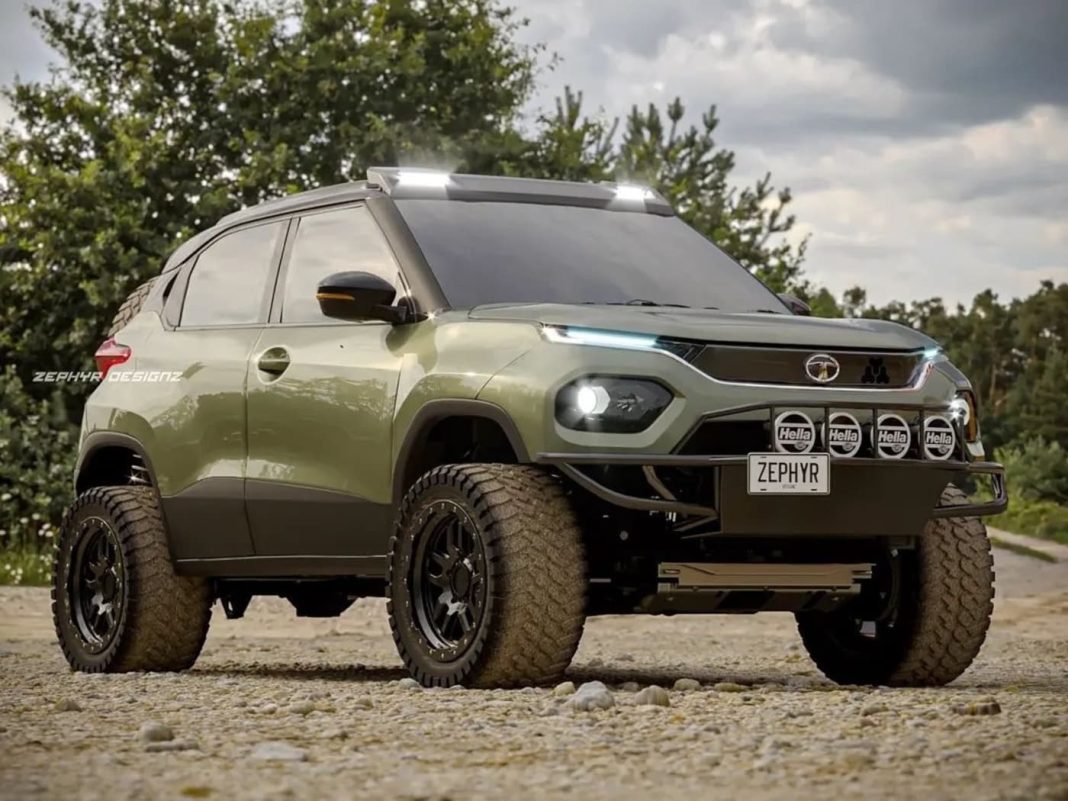 Check out this digitally modified Tata Punch, which has been masterfully transformed into a heavy-duty off-road machine

Tata Punch is scheduled to launch in India on 20th October 2021. The new micro-SUV is expected to have a starting price of around Rs. 5.5 lakh (ex-showroom), and bookings for it have already commenced. In a few promotional teasers, the Punch can be seen tackling mild off-road terrain, thanks to its decent ground clearance.

However, Tata Punch is only a soft-roader, not a proper off-roader. A hardcore off-road version of the Tata micro-SUV is a good idea though, and artist Vishnu Suresh (IG @ zephyr_designz) has created a digitally rendered model of the same. The modifications are quite extensive, and there are plenty of noteworthy details here.

At the front, we see a new offroad-spec bumper with integrated bull bars and bash plates for the engine and front suspension. The stock wheels have been replaced by large blacked-out alloy rims, shod with big knobby tyres. The new wheels are extremely wide, and they extend out from the wheel arches, giving the vehicle a muscular layout. 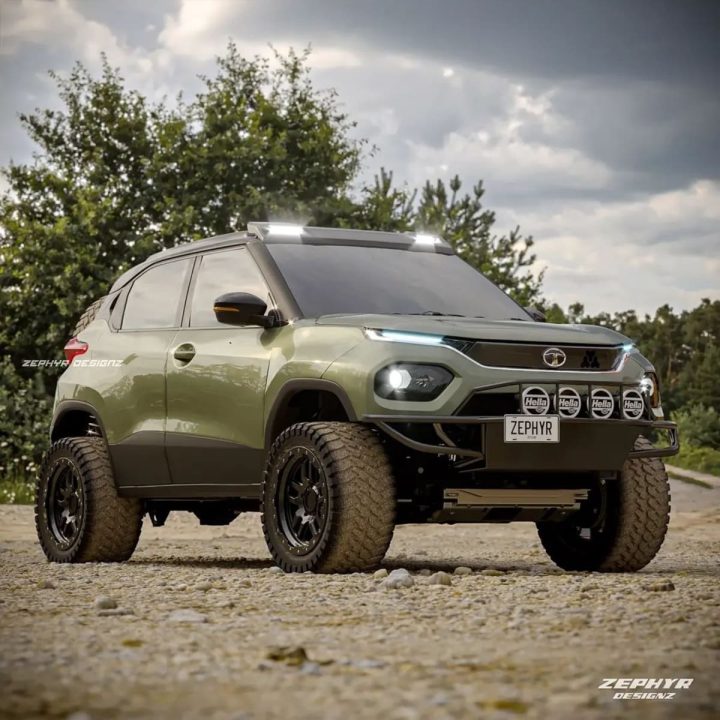 The suspension has been beefed up as well, consequently increasing the ride height. The rear section hasn’t been rendered separately, but a tailgate-mounted spare wheel can be seen here, giving this digitally modified Tata Punch an old-school SUV feel. We also see auxiliary LED lights on the roof, placed in a cool-looking housing.

The vehicle sports a shade of dark olive exterior paint, which gives it an earthy feel. These digital modifications are quite brilliant, and we do wish that a real-life version of this existed. That said, it would require a much more powerful engine, as the 1.2-litre, naturally aspirated, inline-3 petrol engine (86 PS/113 Nm) doesn’t have enough punch (pun definitely intended) for proper off-road antics.

The transmission options on stock Tata Punch include a 5-speed manual and a 5-speed AMT. The latter gets a ‘Traction Pro’ mode, which aids the vehicle in muddy/slushy situations. Idle engine start/stop system is offered as standard, to aid fuel economy. Also, Tata Punch is expected to score a 5-star safety rating in Global NCAP crash tests, as leaked by the configurator on the official website.