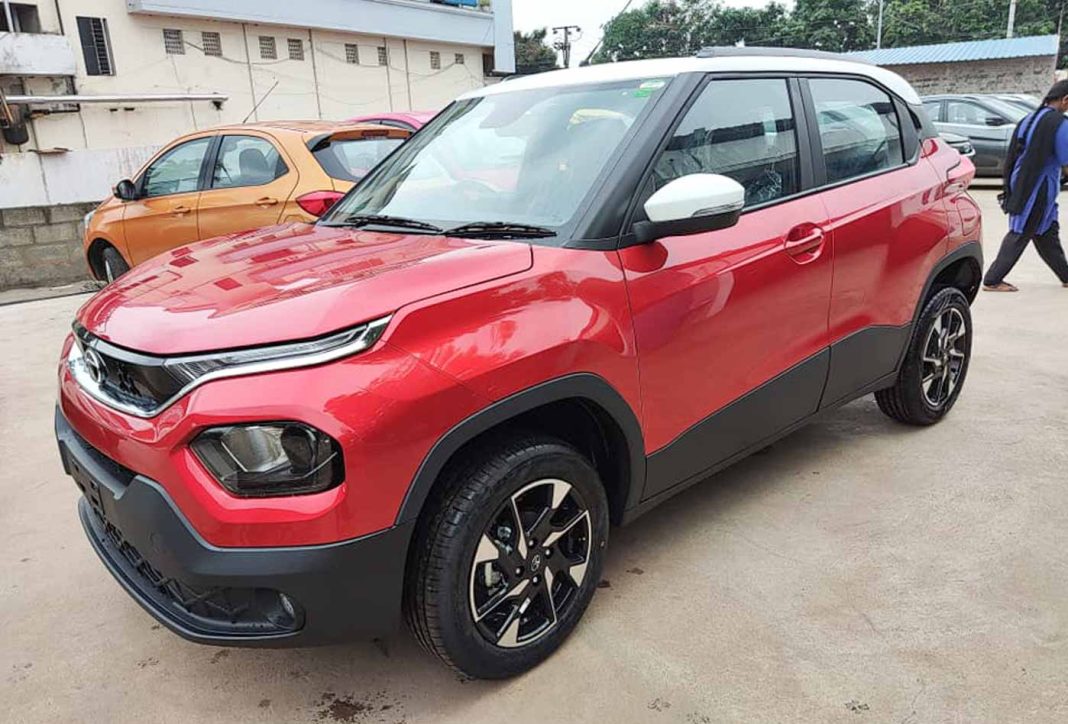 Tata Punch is currently available with just a 1.2L NA petrol engine, but a 1.5L turbo-diesel engine option could be offered on it soon

Tata Punch was launched in October this year, and it has already managed to become quite popular in the Indian market. Currently, the micro-SUV is available with just one engine option – a 1.2L naturally aspirated petrol unit (86 PS/113 Nm) – which can be had with a 5-speed manual gearbox or a 5-speed AMT.

Speculations about Tata planning to add more engine options to the Punch have been floating around the internet for a while now, and it seems like that was indeed true. A test model of Tata’s new micro-SUV was spotted in Pune recently and interestingly, the vehicle pulled up at a fuel station to fill up on diesel, not petrol!

Ever since the BS6 emission norms came into effect, a lot of carmakers have been sceptical about diesel cars. The stricter compliance would mean higher manufacturing costs for diesel engines, and manufacturers argue that these increased costs aren’t enough to justify the benefits of owning a diesel car over a petrol one. However, this opinion isn’t shared by every manufacturer in India.

Although Tata Motors has discontinued its small capacity diesel engines (1.05-litre unit on Tiago and Tigor), the larger ones are still in production. A 1.5-litre diesel powerplant does duty on the Altroz and Nexon, while a 2.0-litre oil-burner (sourced from Fiat) can be found under the hood of the Harrier and Safari.

Tata Punch diesel will use the brand’s 1.5L oil-burner, likely in the same state of tune as the Altroz diesel, rated at 90 PS and 200 Nm of peak power and torque, respectively. It comes mated to a 5-speed manual transmission only in the Altroz, and we’re not sure if an automatic transmission option is in the pipeline.

Tata Altroz is available with a 1.2L turbo-petrol motor (110 PS/140 Nm) as well, which is also expected to be offered on the Punch at a later date, which would further expand the micro-SUV’s reach. As the Punch is based on the same ALFA platform as the Altroz, sharing engines wouldn’t be a problem at all.