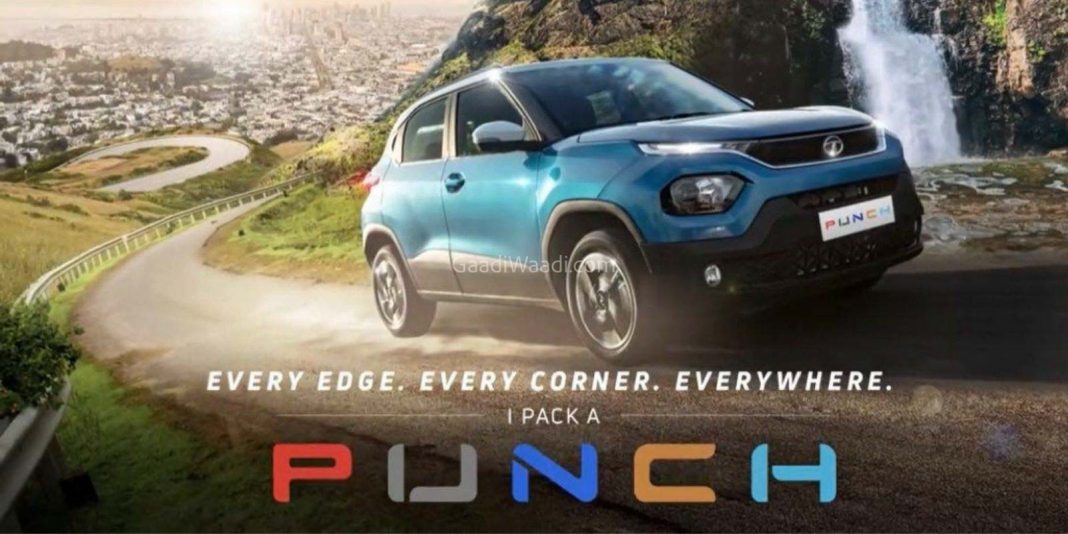 Following the announcement of the production model’s name, Tata Motors has regularly been teasing the Punch micro SUV based on the H2X and HBX concepts. In a new video, Tata calls the Punch a complete package with absolute safety and it makes us suspect that it could be rated five stars in the Global NCAP crash tests.

Currently, the Tata Altroz is one of the safest affordable cars money can buy and since the upcoming Punch sits on the same ALFA ARC (Agile Light Flexible Advanced Architecture) platform, it can be expected to get full marks in the highly recognised crash test GNCAP programme upon launch during this festive season.

As standard, the Tata Punch will have safety features like dual front airbags, ABS with EBD, reverse parking sensor, high-speed warning alert, seatbelt reminder and so on and it will be interesting to see the safety tech it will offer in the top-end variants. The Punch is expected to be priced aggressively in the domestic market against Mahindra KUV NXT and Maruti Suzuki Ignis.

The price range could be between Rs. 5 lakh and Rs. 8 lakh (ex-showroom) and the exterior images officially revealed indicate that it will be nicer to look at as well as it is influenced by the Impact Design 2.0 philosophy. On the outside, it boasts a split headlamp cluster, clamshell bonnet, wraparound tail lamps with tri-arrow pattern for LED signature, etc.

The cabin will have a free-standing touchscreen infotainment system with Apple CarPlay and Android Auto compatibility and iRA connectivity, a steering wheel with mounted controls, a semi-digital instrument cluster, push-button start/stop, etc. It is expected to have similar dimensions as the HBX concept and will be positioned below the Nexon compact SUV in the lineup.

As for the performance, the Tata Punch will more likely use a 1.2-litre three-cylinder naturally-aspirated petrol engine and the turbocharged version of the same engine. It will be linked with a five-speed manual and a five-speed AMT transmission option.