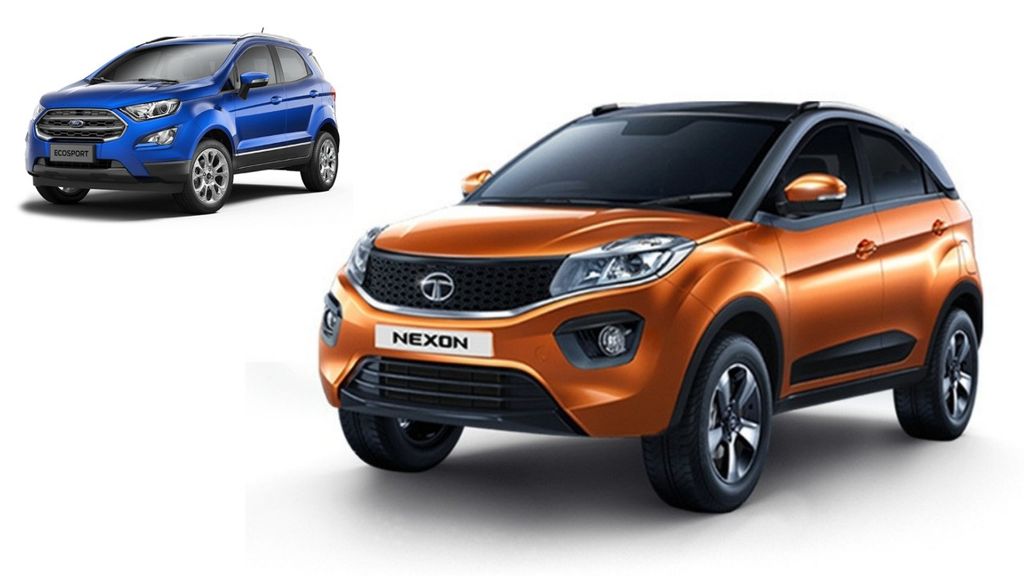 It should be noted that Ford EcoSport made the sub-4meter compact SUV segment popular in India and remained on the top of the sales chart for a long time. Tata Nexon continuing to be on the second spot, which was for long occupied by the EcoSport after the launch of the Maruti Suzuki Vitara Brezza is an achievement.

The Tata Nexon is India’s safest certified car and was awarded 5 stars by the G-NCAP car testing agency. It is the only car in the Indian market to get the perfect 5 stars. The Nexon is a value for money product and is known for its powerful engines and feature-rich brochure.

The Tata Nexon looks quite unique, thanks to its three-coloured paint job. It also gets a long list of features including a floating-type infotainment screen with Android Auto and Apple CarPlay and an eight-speaker system from Harman. The Nexon offers standard four-channel ABS with EBD and dual airbags as standard across the variants.

The Nexon is available with both the petrol and diesel engine options. Tata offers a 1.2-litre three-cylinder turbocharged petrol engine that develops a maximum power of 108 Bhp and peak torque of 170 Nm with the Nexon. The diesel-powered variants get the 1.5-litre engine that generates a maximum power of 108 Bhp and a peak torque of 260 Nm. Both the engine options offer 6-speed manual and 6-speed automatic AMT transmission.