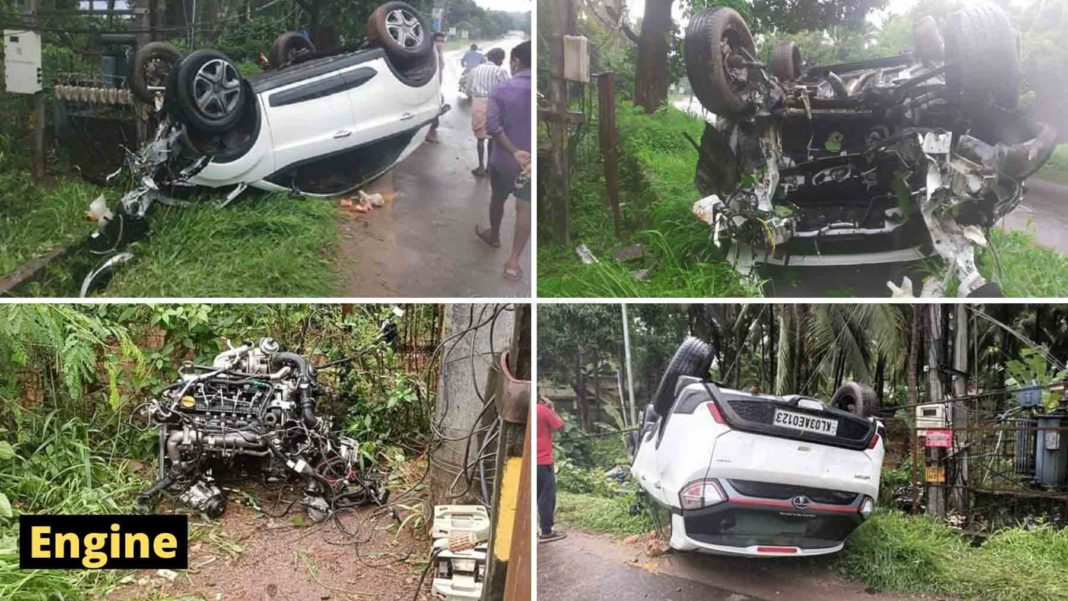 We have heard numerous stories about how the Tata Nexon’s build quality has always saved the people onboard during unfortunate times, and here is another one coming from God’s Own Country. A person driving a Tata Nexon was involved in a very serious crash that resulted in the car being rolled over on its roof.

The car was reportedly being driving beyond the specified speed limits, and wet road conditions led the driver to lose control of the Tata Nexon, which went and banged into something, before turning upside down. The crash was so severe that the engine of the sub-4m SUV somehow flew out of the engine bay and fell at a remarkable distance from the car. 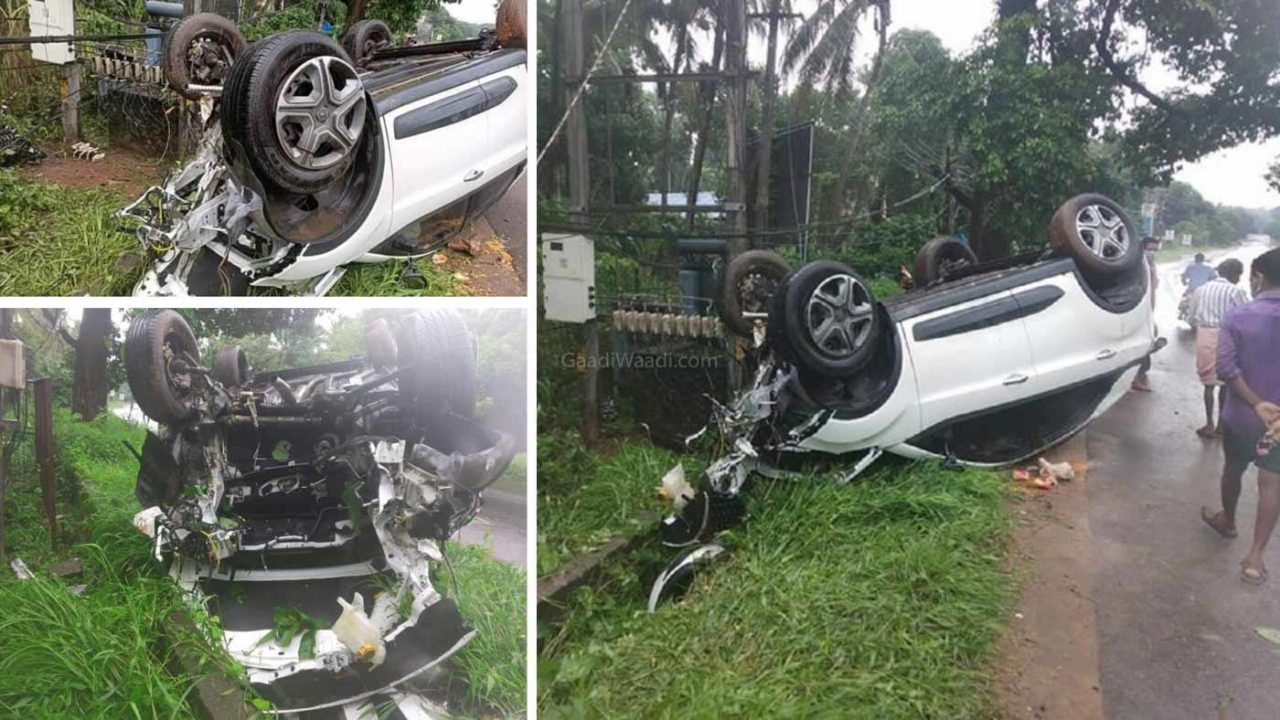 The Tata Nexon looks completely totalled, however, the car was able to save its sole occupant – the driver, who walked away with a broken shoulder. The driver of the car escaped what could turn out to be a fatal crash, which goes on to prove the Tata Nexon’s superior build quality. 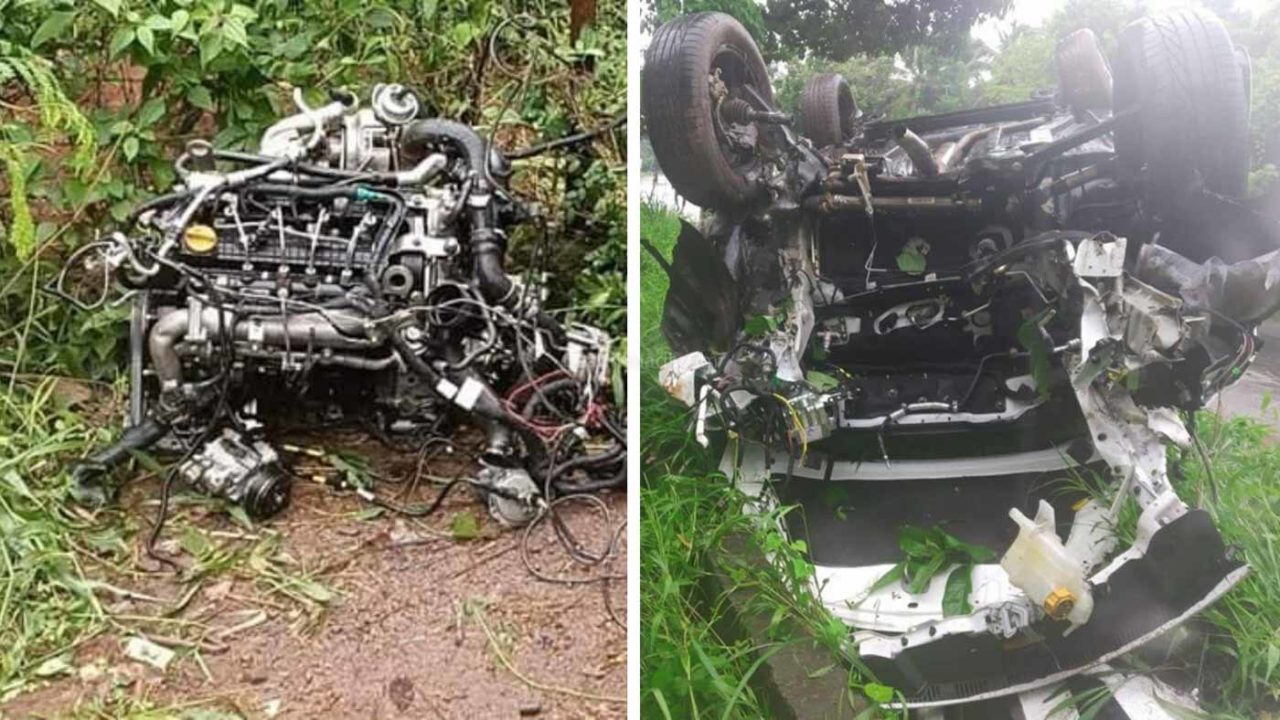 While all these features ensure safety of the occupants inside the car, they certainly do not guarantee the safety for other people on the road. A mishap like this can easily be avoided by following all traffic rules and driving carefully, especially when the weather conditions aren’t favourable.