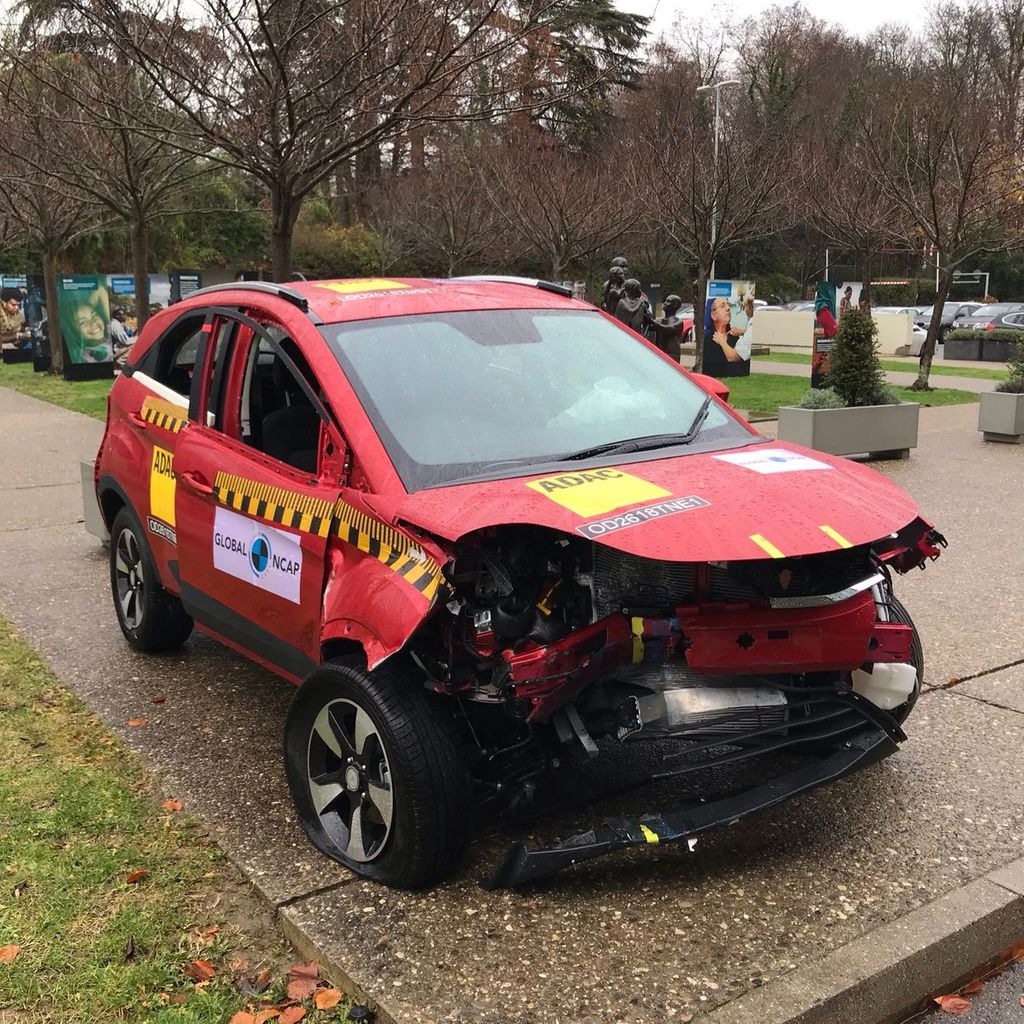 Tata Motors Nexon compact SUV was crashed tested by Global NCAP earlier this year and awarded four-star rating but the company didn’t stop there as they have made some improvements to Nexon. The updated model was crash tested again and the Nexon became the first car manufactured in India to get the full five-star ratings.

So let’s analyse Nexon crash test to understand what are the changes Tata Motors made to get the five-star ratings. The updated Nexon scored 16.06 points out of 17 in the adult occupant protection compared to 13.56 points for the earlier model, which is the highest ever by a car made in India. The company has given seat belt reminder for both driver and passenger along with standard four-channel ABS system also. 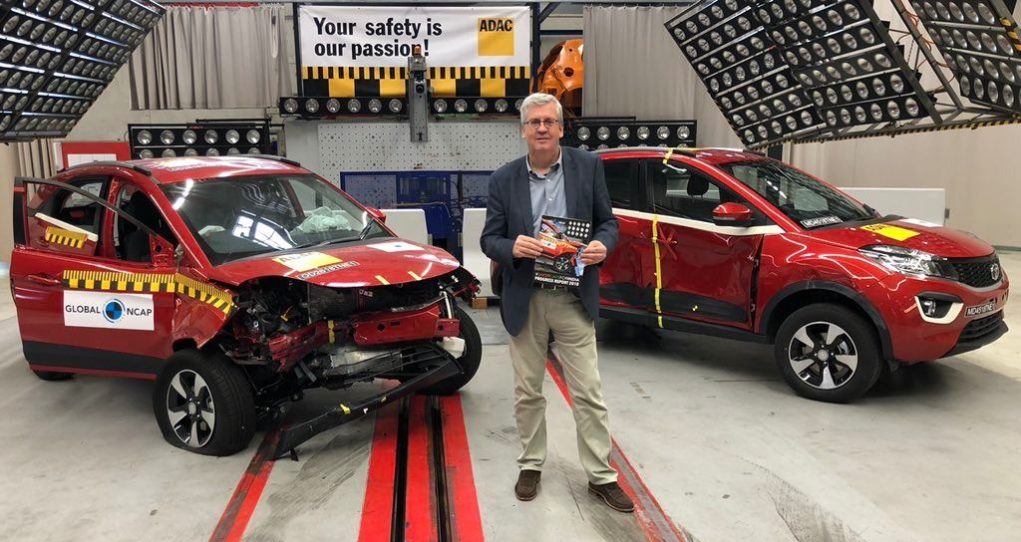 Tata Motors hasn’t made any changes for the body structure and Global NCAP has rated the structure stable like the previous test. But the Nexon didn’t improve the three-star rating for child safety. The Nexon also passed the side impact test as it meets the UN95 side-impact protection requirements, which further confirms that Nexon is one of the safest vehicles in the Indian roads.

The crash tested Nexon is also displayed at the WHO office in Geneva as the compact SUV created by securing five stars. The recent road safety report of WHO states that the annual road traffic death has reached 1.35 million and the Indian road fatalities are very high also.

The WHO said that progress on road safety can also be made by improving vehicle standards as those that mandate electronic stability control and advanced braking along with post-crash care also. Anand Mahindra, Chairman of Mahindra Group congratulated Tata Motors on the achievement in Twitter and he said that they will also join Tata Motors in proving that ‘Made in India’ cars is second to none.

The Marazzo was also crashed tested by Global NCAP along with updated Nexon and the MPV got four-star ratings. Mahindra has given safety features like dual front airbags, ABS, driver seat belt reminder, ISOFIX anchorages and front seatbelt pre-tensioners as standard, which help Marazzo to score 12.85 points for Adult safety and 22.22 points for child occupancy.