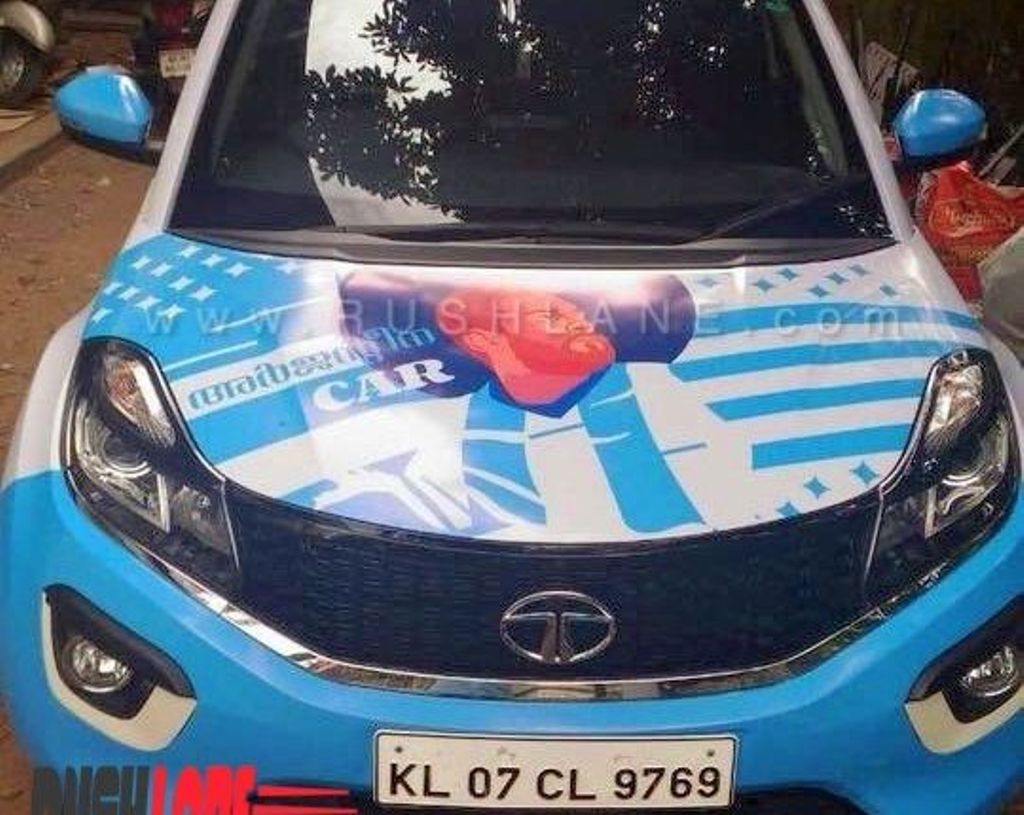 Malayalam Motors has used three Nexon models to customize it in Brazil, Argentina and England colours to attract the fans of respective teams

2018 FIFA World Cup is well and truly on and generally people in Kerala are huge fans on football as they tend to customize their vehicles with colours of their favourite teams. Malayalam Motors, which is the dealer of Tata Motors in Kerala, joined the world cup fever as the dealership is running a contest across Kerala and they are using customized Nexon for this.

Malayalam Motors has used three Nexon models to customize it in Brazil, Argentina and England colours to attract the fans of respective teams. In Brazil theme Nexon, the hood has Neymar Jr. image and it is finished in yellow and green colour. For Argentina, it is none other than Lionel Messi and it is finished in blue and white colour theme. 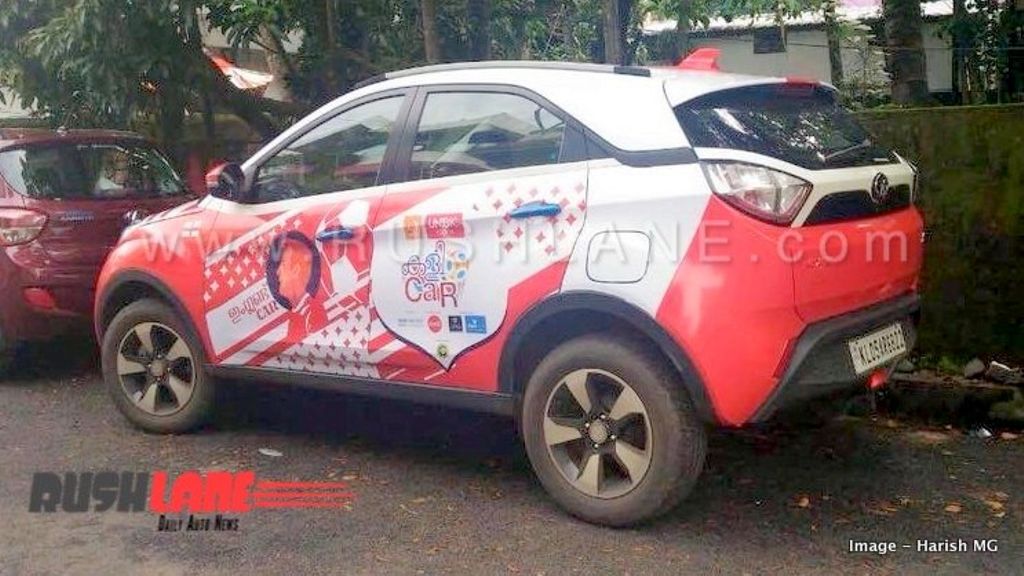 For England, it is Harry Kane and finished in red and white colour. These cars travel in three different places as Brazil covers Malabar area which includes Calicut, Kannur and Kasargod while Agrentina theme Nexon covers Ernakulam, Thrissur and Idukki while England theme Nexon goes to Kottayam and Trivandrum.

These customizations on Nexon won’t be available for buyers as it is created for promotional purpose only. Lionel Messi was the official brand ambassador of Tata Tiago as it was the first model from the company which started a new generation of cars followed by Hexa, Tigor and the latest one is Nexon. 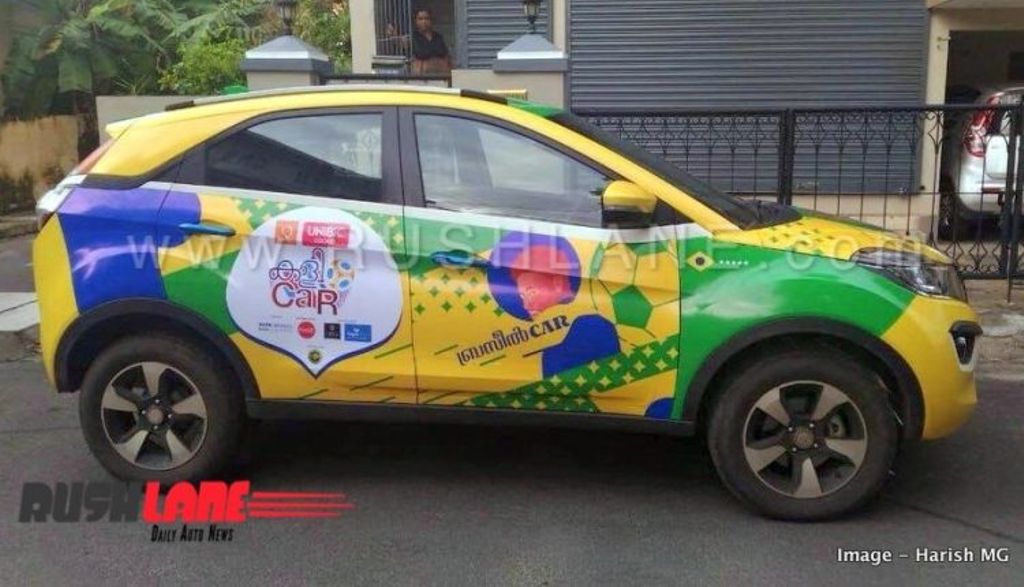 Apart from customization of exterior, the dealerships didn’t change the interior and mechanicals. During IPL season, Tata Motors revealed Nexon IPL edition which was popular among fans. Tata Nexon follows the design theme of concept model and it is one of the popular compact SUVs in the market which helped Tata Motors to post 463 percent growth in UV segment.