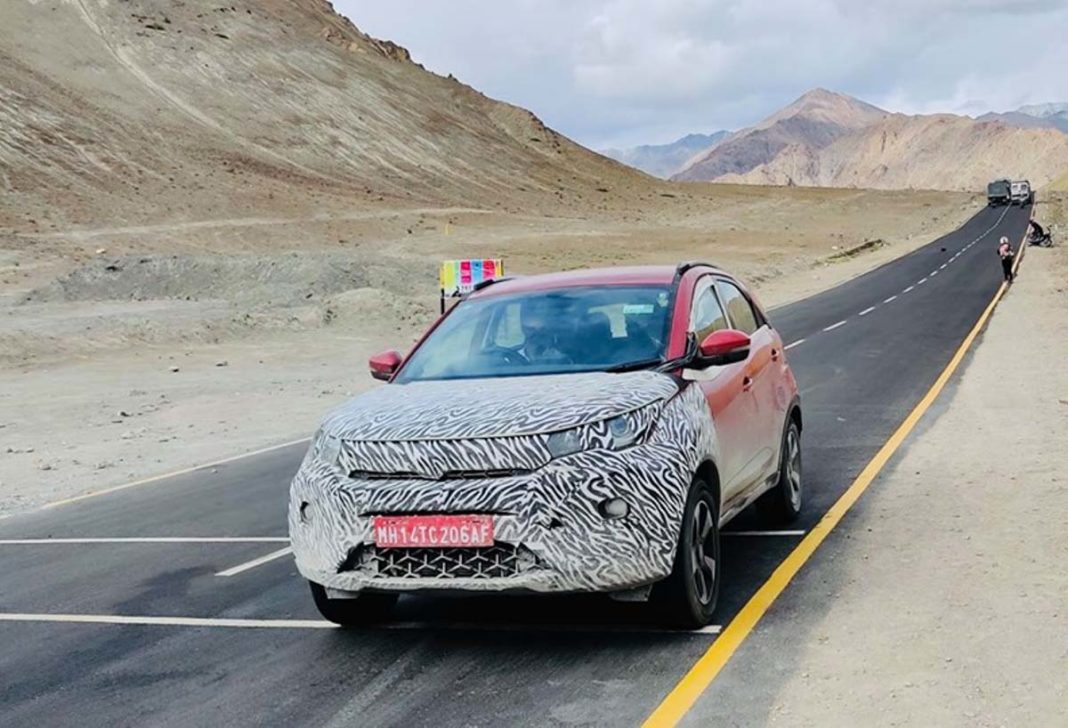 With the sub-compact SUV segment on fire this year with new launches like the Hyundai Venue and Mahindra XUV300, its sales volumes have reached an all-time high. SUVs have become extremely popular, which makes these budget offerings even more favourable thanks to their compact design which makes manoeuvring in the city even easier.

The Tata Nexon has been touted as the safest car in India, with a Global NCAP rating of 5 stars. However, the car is not doing as good as the manufacturer would want it to. Hence, Tata is in the works of bringing a mid-cycle update to the SUV. The upcoming Nexon facelift has been previously spied at various occasions, fully covered in camouflage.

A front shot of the car has hit the internet this time, snapped in Ladakh. The front fascia of the Nexon facelift is hidden but hints at a new design for the headlamps. A new grille can also be seen sporting multiple star-like elements on the bottom part. The upper part of the front grille will likely feature a fat chrome strip bearing the logo of the Indian carmaker. The car retains the overall design and proportions. 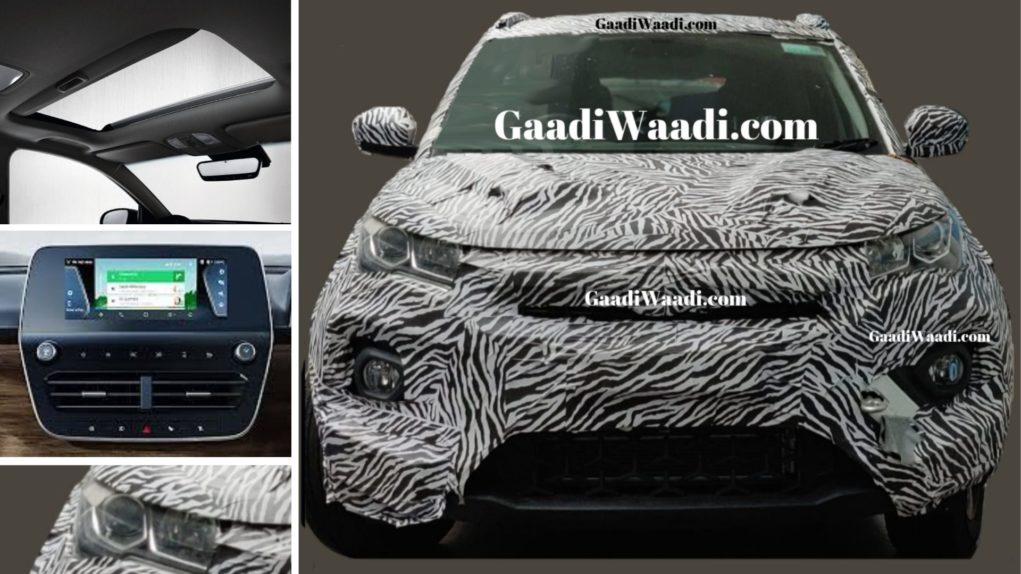 Apart from the styling, the Nexon will likely be offered with the same 1.2-litre turbocharged petrol engine which churns out 110 PS of power and 170 Nm of torque, and the 1.5-litre diesel engine which puts out a similar 110 PS of max power, and 260 Nm of max torque. However, the engines offered with the facelift model will be BS6-compliant at launch.

Tata has also confirmed a fully electric version of the Nexon will be brought to India, and it will likely be unveiled at the 2020 Auto Expo set to take place in February next year. Actor Milind Soman along with his wife Ankita Konwar has been roped in by Tata to drive the upcoming Tata Nexon EV from Manali to Leh, before anyone else to share the experience.

Upon launch next year, the Tata Nexon facelift will continue its rivalry with Hyundai Venue, Maruti Vitara Brezza facelift, also set to to be launched soon, Mahindra XUV300 and Ford EcosSport.